In 2002 after years of making wine in Tuscany, Peter Wiegner and his wife Laura Puccetti bought 6 hectares of vineyards on Mount Etna, 750 meters above sea level, near the world heritage town of Passopisciaro. Today, with their enologist son Marco, they organically farm mostly Nerello Mascalese, Capuccio and Carricante.

We met Peter Wiegner and his son Marco Baregi Wiegner 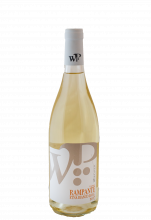 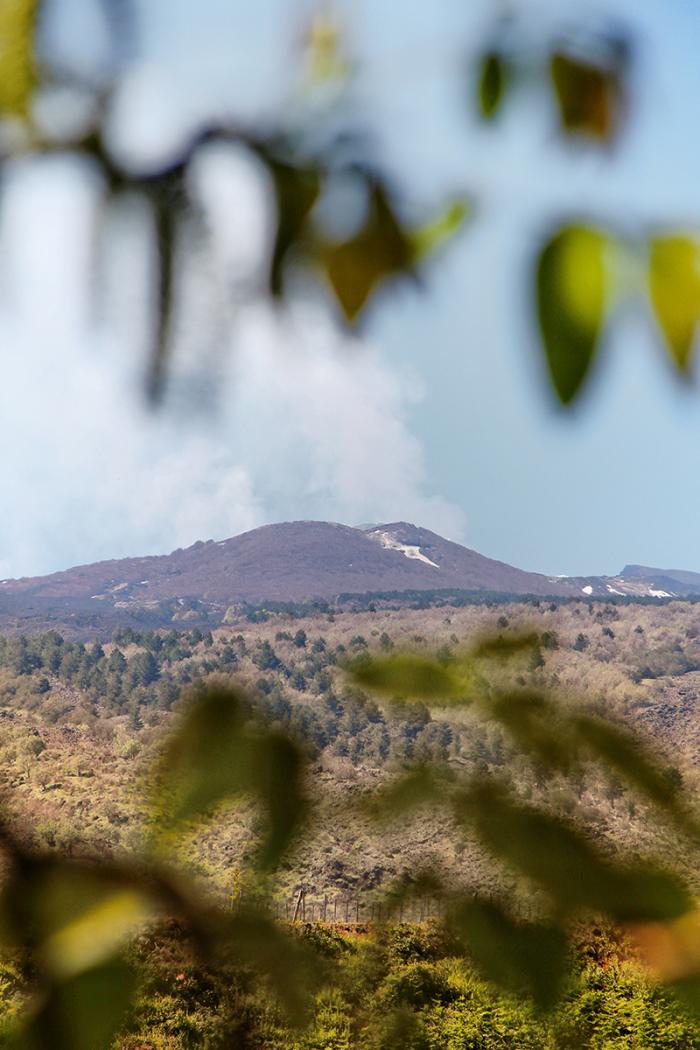 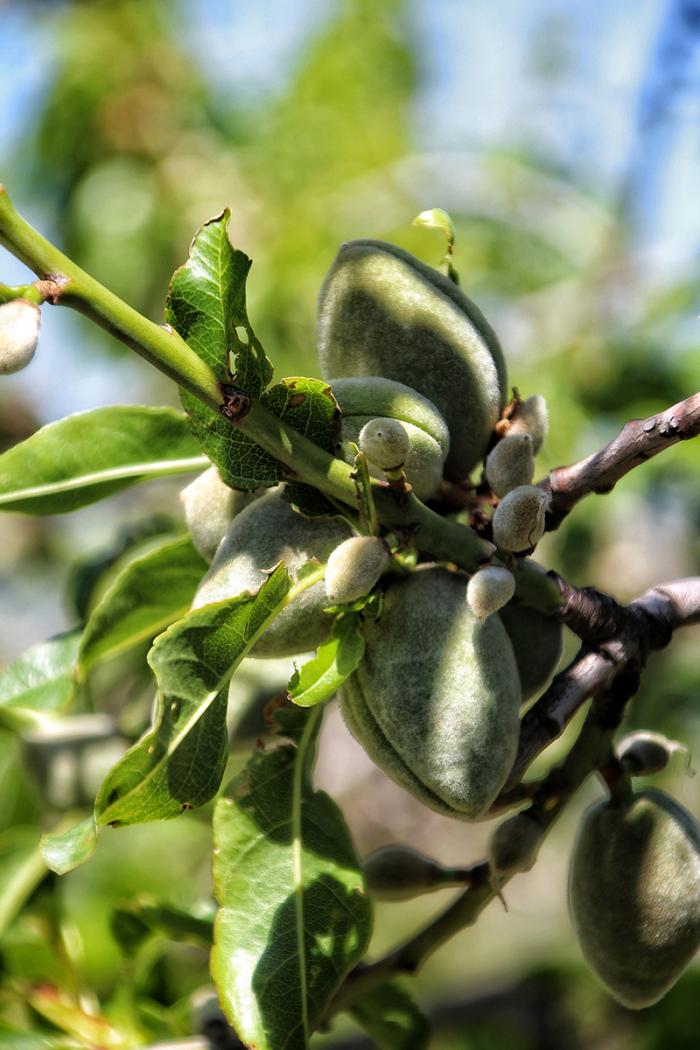 In sharp contrast against a piercing blue sky is Mount Etna - stoic, in shadow, and mysterious. Visible from Catania where we land, we wind our way through hair pin turns to the foot of the monolith.

Steeped in history and mythology, from ancient Arabic texts to the story of King Arthur, Etna is a symphony of fire and brimstone, both arrestingly beautiful and savage. Coated in lush vegetation thanks to its mineral-rich soil, the volcano deservedly received its UNESCO world heritage site designation in 2013, but the winemakers here have been aware of its remarkable qualities for years. 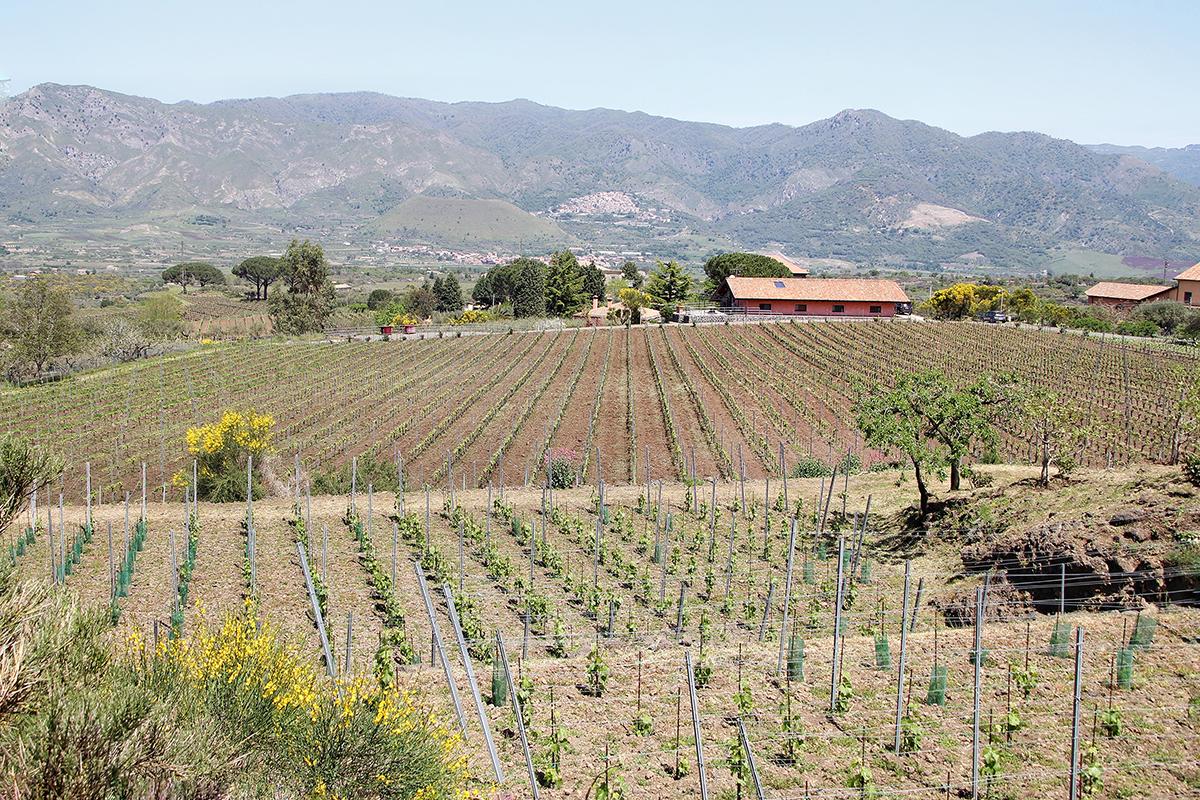 We are here to meet Peter Wiegner and his son Marco. Peter is a seasoned winemaker, working for many years in Tuscany, before the magnetic pull of Sicily’s active volcano beckoned him further south. In 2002, Peter and his wife Laura Puccetti found what they were looking for: 6 hectares of generous soil of decomposing lava, ash and sand, just outside of Passopisciaro, a tiny UNESCO village with a high concentration of wineries and heavenly panoramic views over the region. 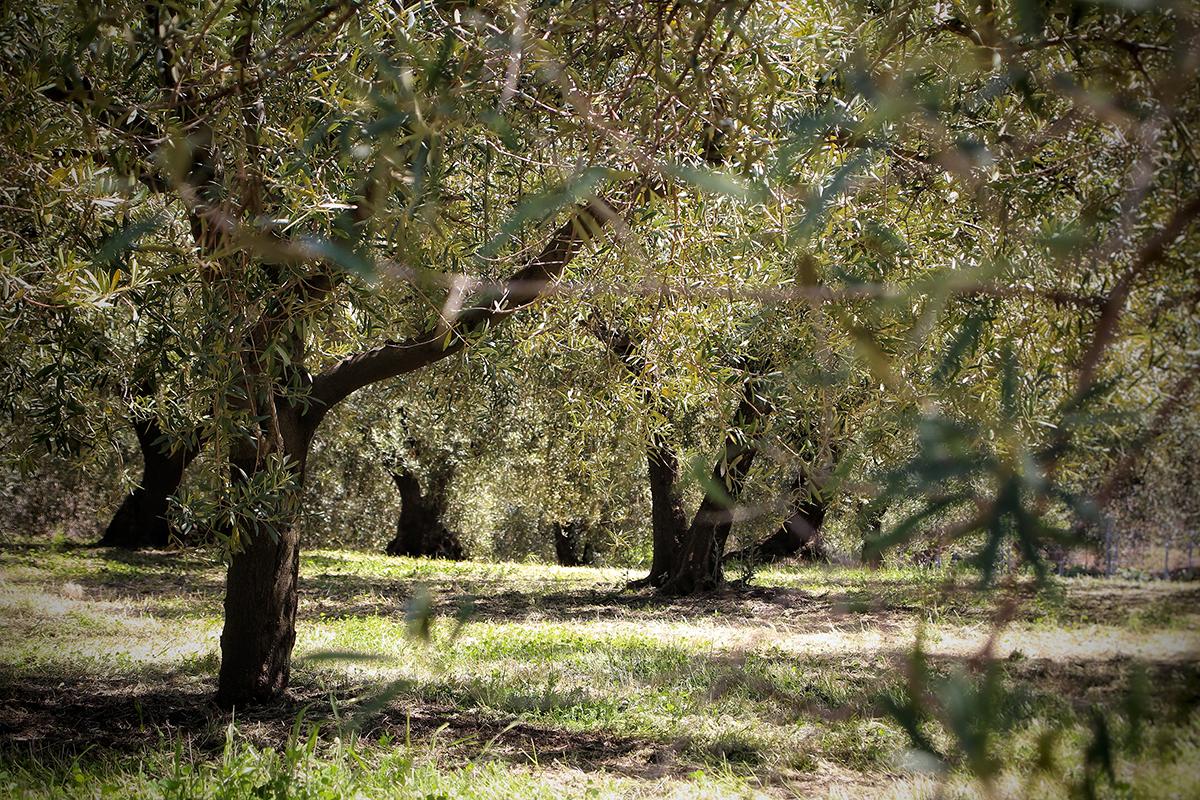 Peter and Marco take us straight to their prized vineyards, Contrada Rampante and Contrada Marchesa. The Wiegners are a people who are proud of their land, who take nothing for granted. As we walk amongst the vines, they describe the love poured into every decision about every single plant as if they were children.

“We worked very carefully to consider the site and climate, choosing spurred-cordon and sometimes Albarello pruning” explains Peter, “In a place like Etna, the sun, soil, and wind, dictate everything we do.” 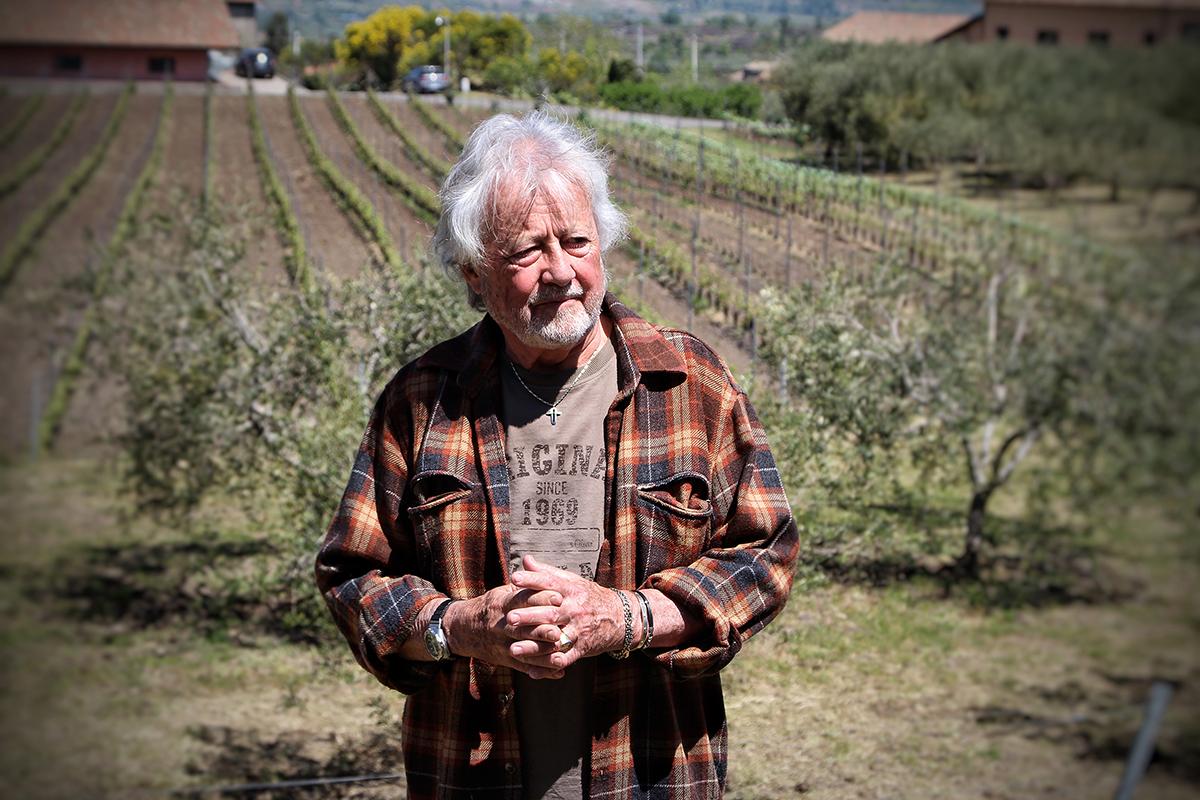 As they are on the northern side of the mountain, there is lesser concern for sunburn on the grapes, so Wiegner is able to limit the canopy vegetation, allowing the plants to put all of their efforts into deeply concentrated fruit. The altitude, at over 750 meters asl, secures the retention of acidity that is characteristic of red grapes Nerello Mascalese and Nerello Cappucio, and cooling winds allow the white Carricante to hold on to its subtler floral and herbaceous notes.

Etna’s reputation as a premium winemaking area began in the early 1990s, when oenologists began exploring the local indigenous grape varieties, many of which were unheard of back then. Nowadays, of course, many discerning wine lists feature Nerello Mascalese, and Nerello Cappucio and Carricante are rising stars on the global scene. 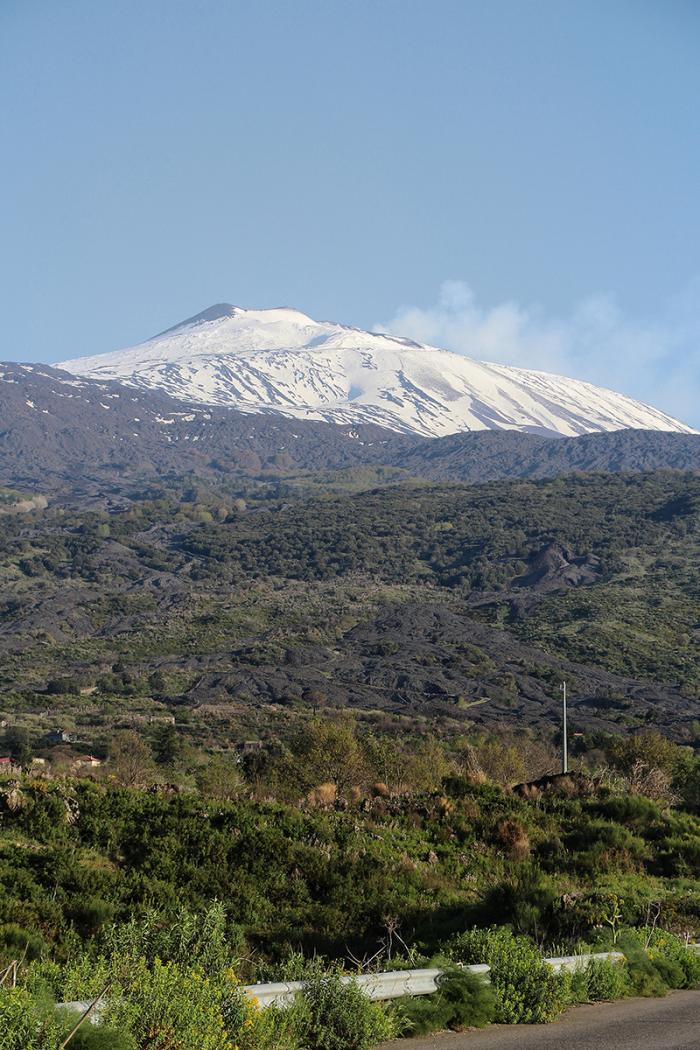 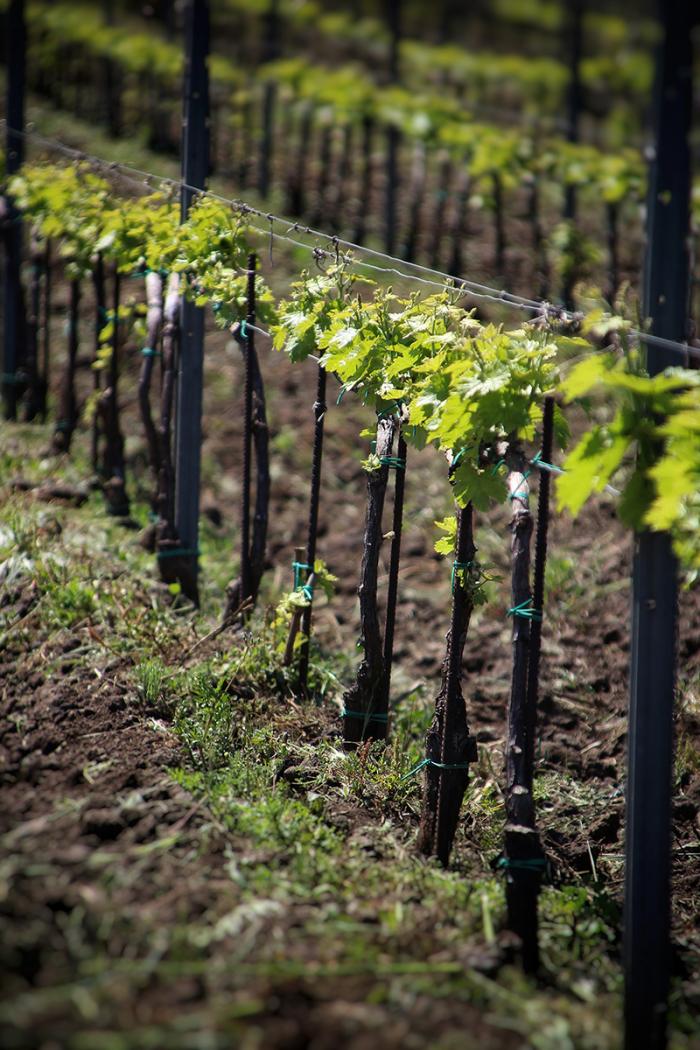 Peter is extremely proud of the winery’s organic farming methods, which are a direct result of his dedication to the concept of terroir. His oenologist son Marco describes himself as ‘a catalyst of compromises’, and carries Peter’s passions over into the cellar, where stylistic choices are a concerted effort to work alongside the precious grapes that they harvest.

“It was love at first sight when I first saw Etna at 8 years old!”, explains Marco enthusiastically, “Since then, a kind of mutual alchemy has developed!” 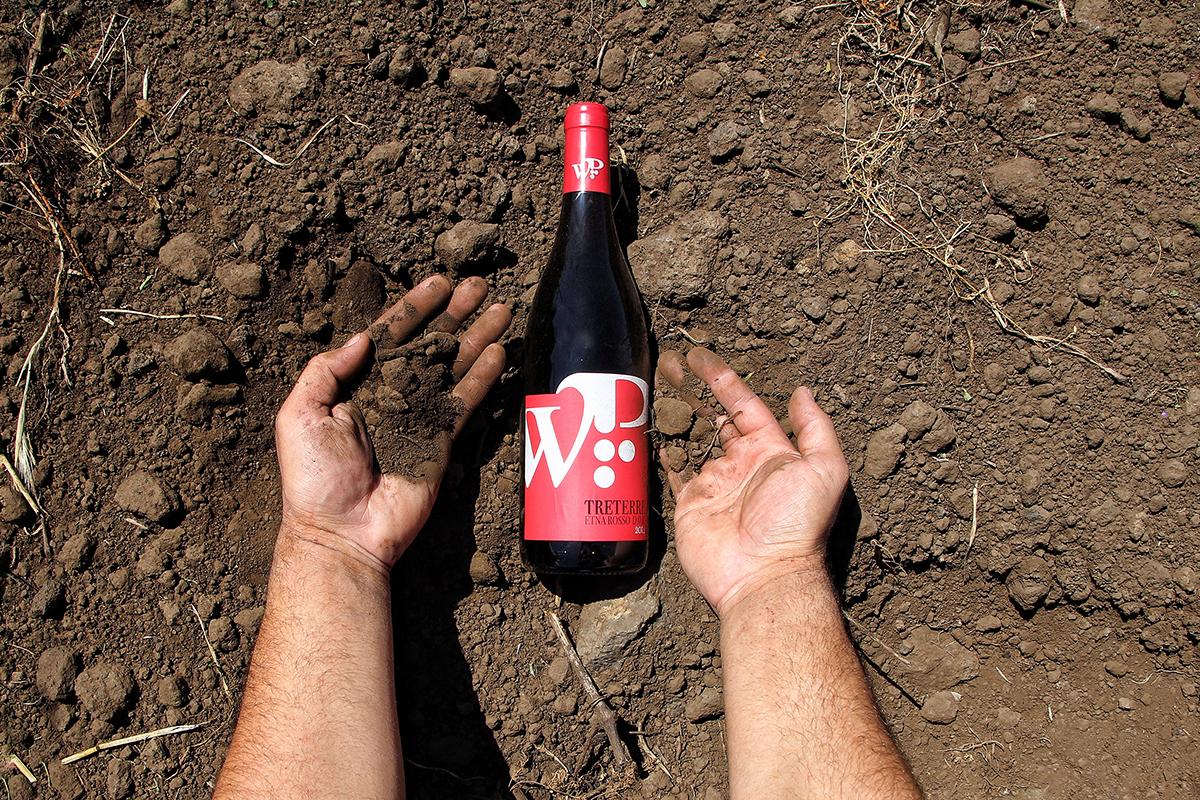 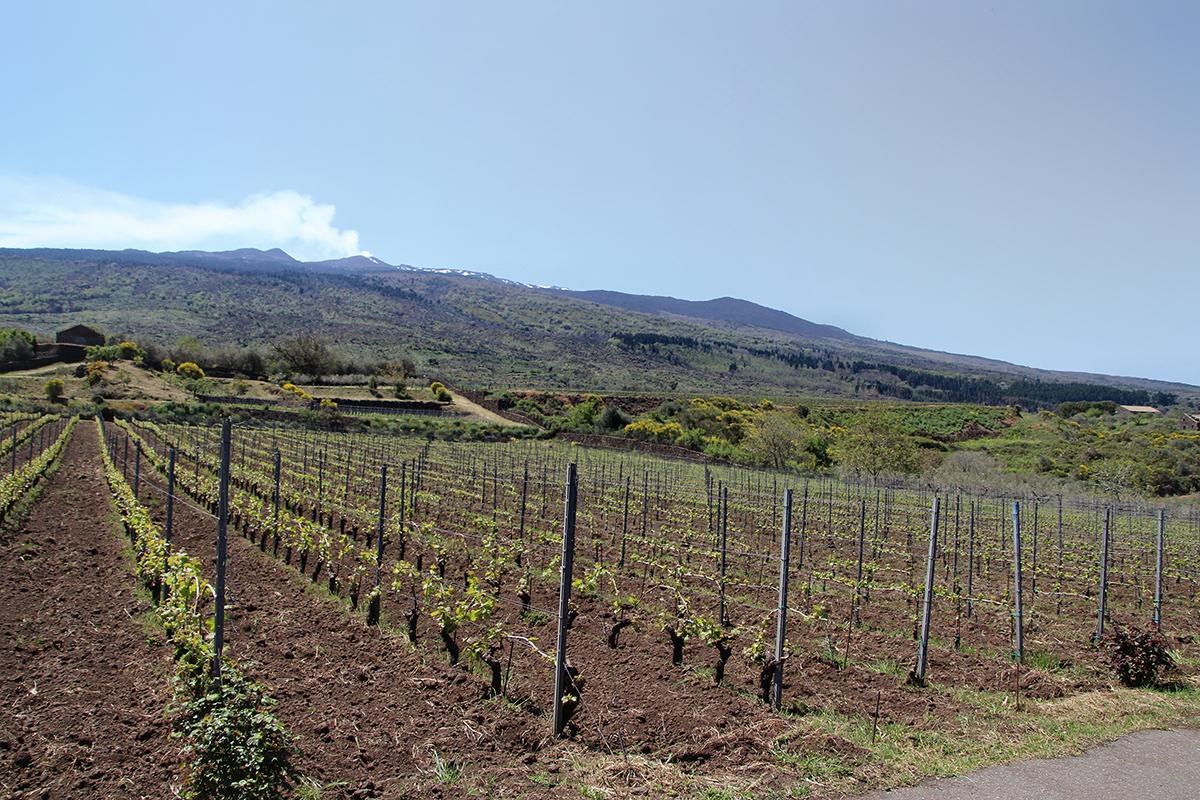 Marco pours two wines for us that embody the very heart of the winery - the Contrada Rampante Etna Bianco, and TreTerre Etna Rosso. When the Wiegners talk about their wines, they are animated and passionate. For them, this is not just a business, but a lifelong vocation. Their perennial quest, explains Peter, is for one thing only – to capture all the scents, colors, and sensations of the Sicilian climate in a bunch of grapes, and in the bottle. 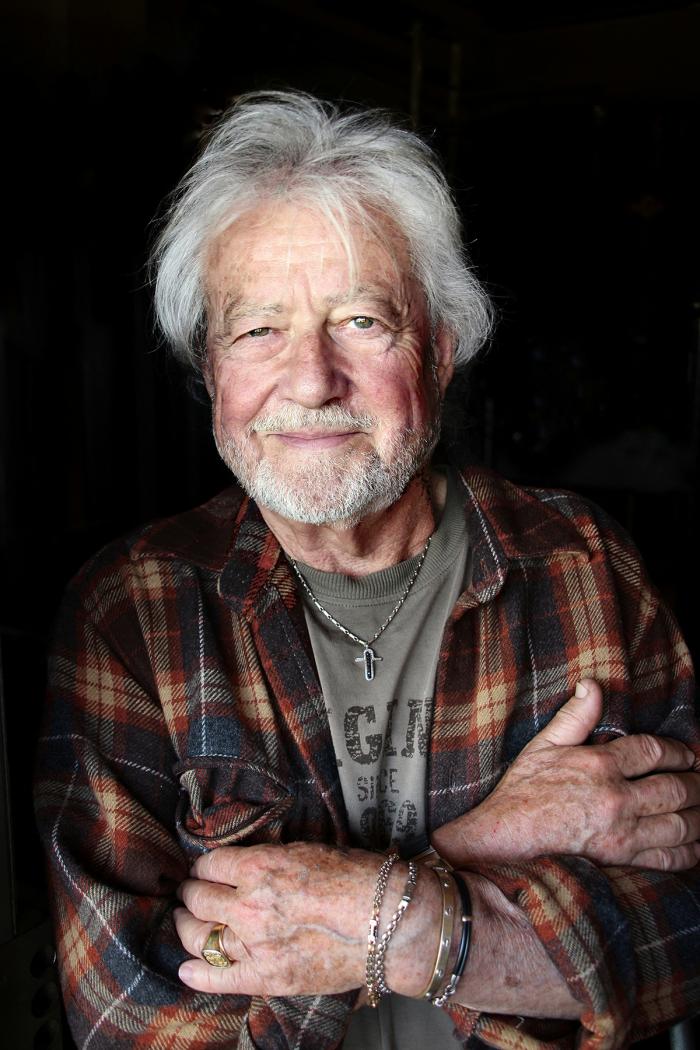 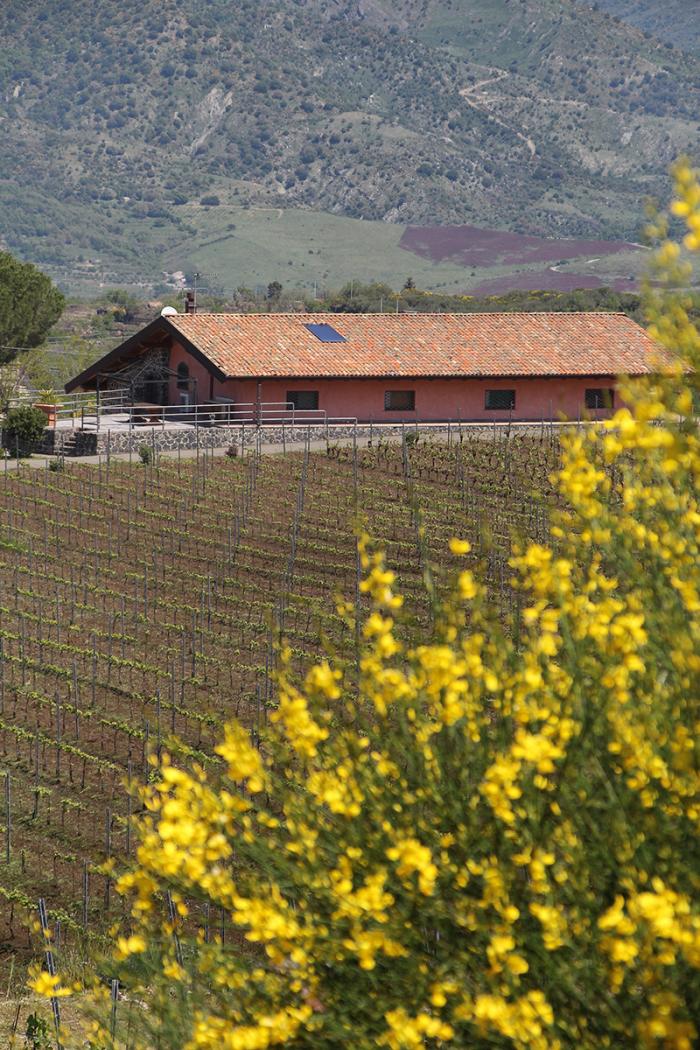 The TreTerre Rosso is a formidable example of 100% Nerello Mascalese. The palate is bursting with inviting fruitiness, wild red berries, with a light vanilla touch from careful use of small and large oak. The minerality from the soil is an evident counterpoint. Mascalese, being a particularly thick-skinned variety, can pack hefty tannins, yet the TreTerre is remarkably refined with a fine, grippy texture that is quite approachable. Drinking an older vintage, we notice the longevity as well, given by the balance of fresh acidity and decisive structure. 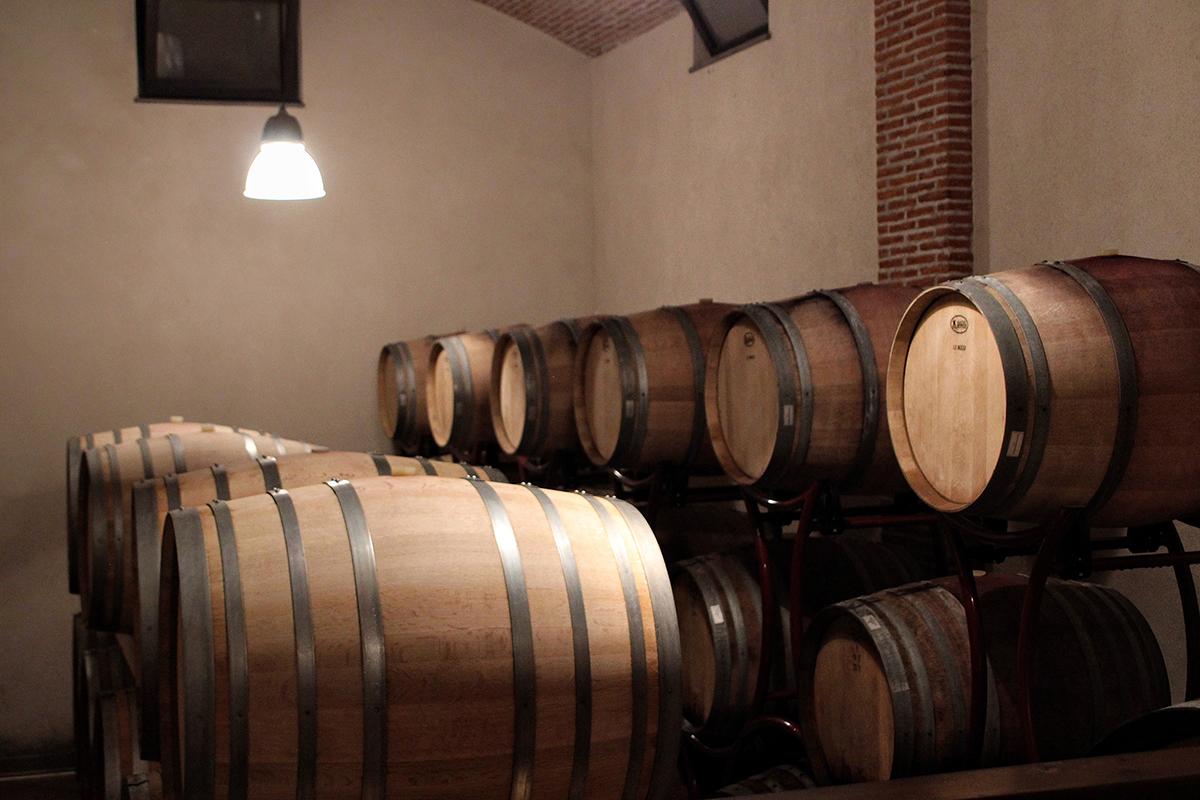 The Contrada Rampante Etna Bianco, named for the vineyard, is 100% Carricante. This lesser-known native grape provides a wine that is vivid and nuanced. The acidity is racy, with an enveloping floral bouquet in dialogue with its pronounced salinity. Typical, and intriguing, herbal notes are evident on the nose, maintained through careful vinification in stainless steel, giving the wine an unmistakably individual temperament. A distinct wine in the moment, there is also great potential for long development in the bottle. The acidity will maintain freshness, and there is a world to discover when some of the primary fruit and floral aromas develop into more subtle tertiary notes of nut and honey. 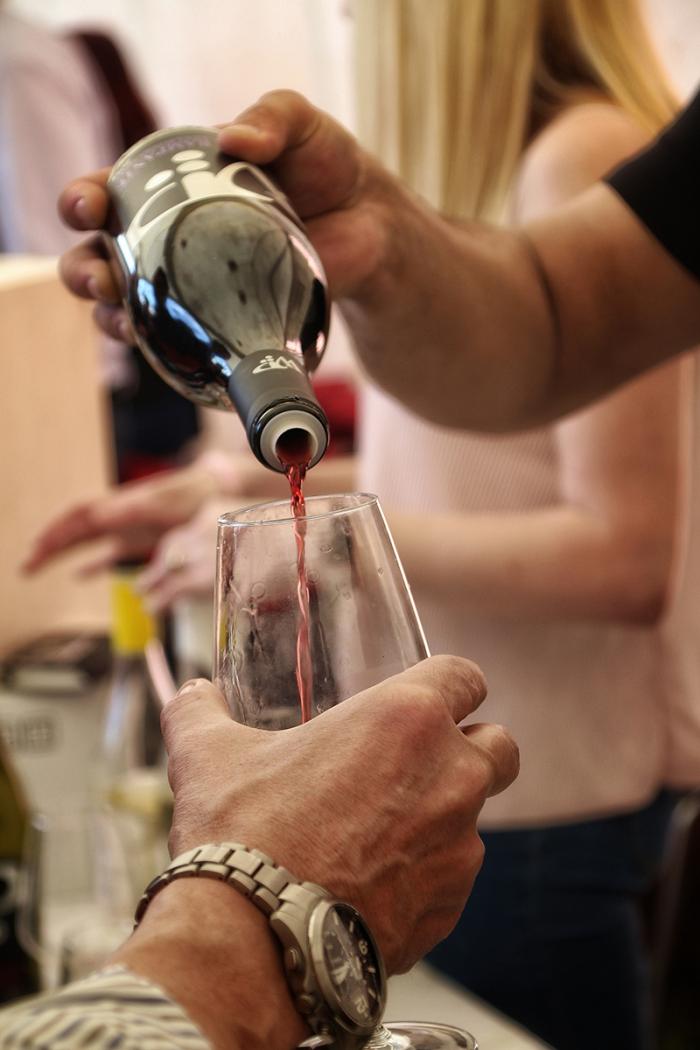 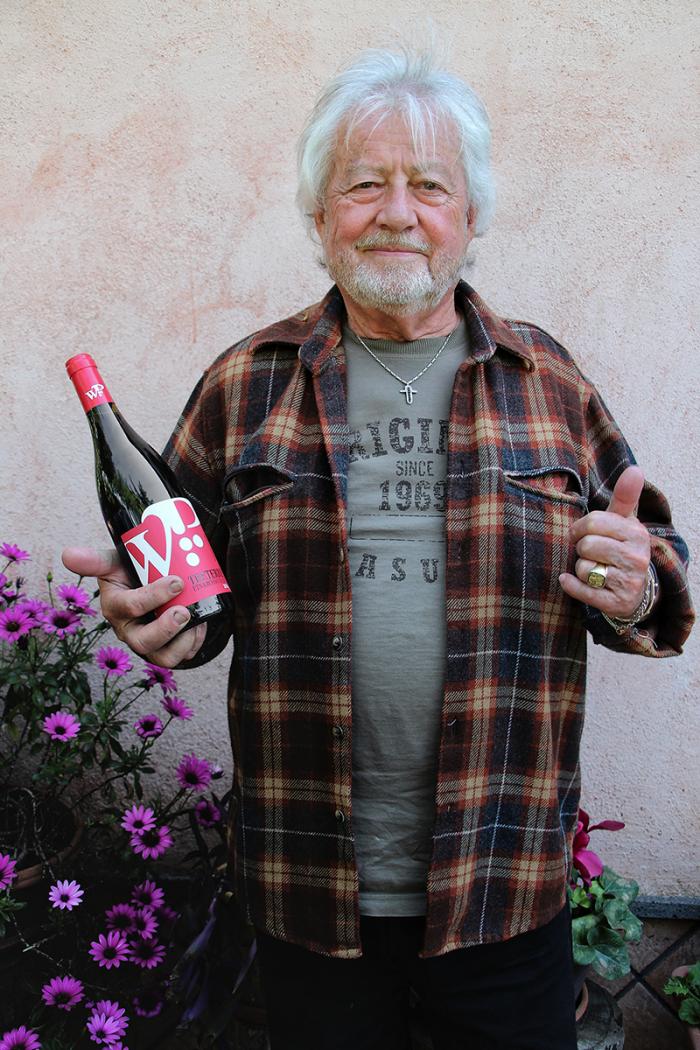 Upstairs in the kitchen, we refuel and reflect upon these special wines. It is thanks to small, passionate wineries like the Wiegners that Etna’s global reputation has come a long way. Their careful custodianship of their land, and respect for the process, brings forth great bottles time and time again. Despite their refined output, their ethos is humble, allowing a symbiotic relationship between man and land that will stand the test of time. 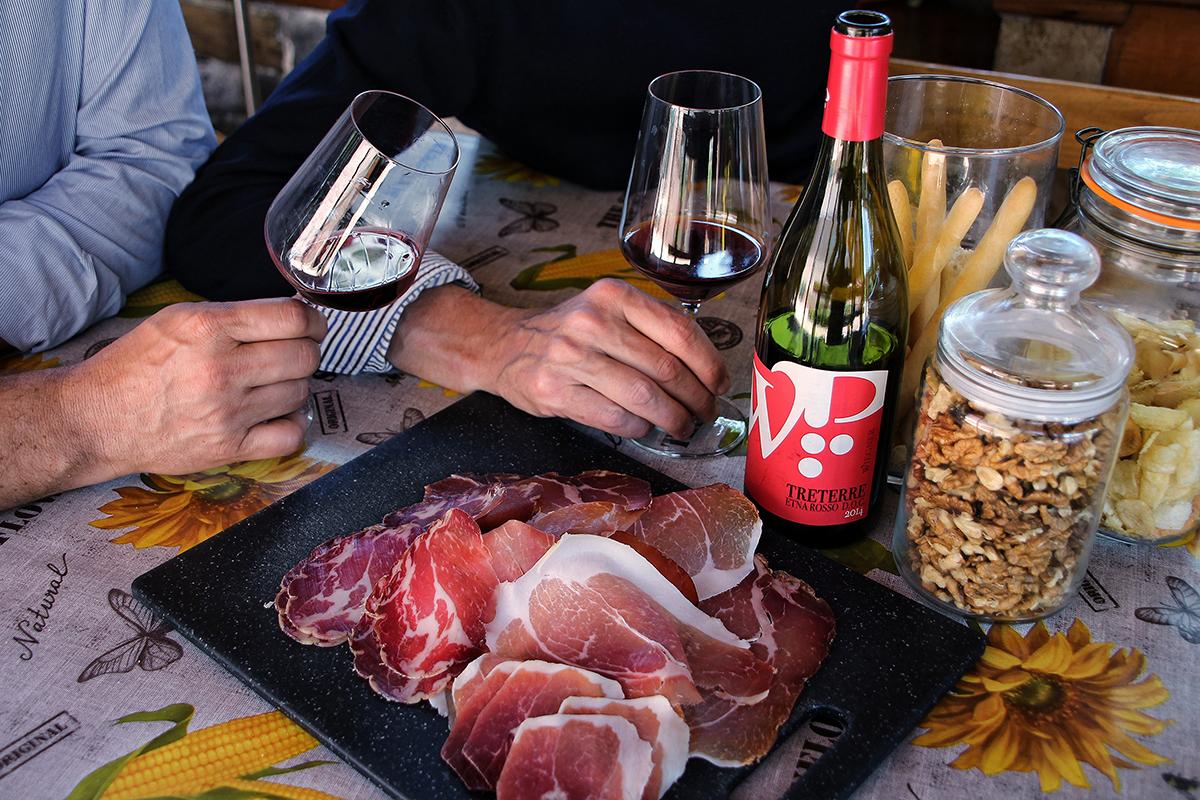 Winemaking is both simple and incredibly challenging at the same time, but when confronted with a plate of pasta with fresh Sicilian tomato sauce that pairs effortlessly with the TreTerre Etna Rosso, it just seems so right, and necessary. 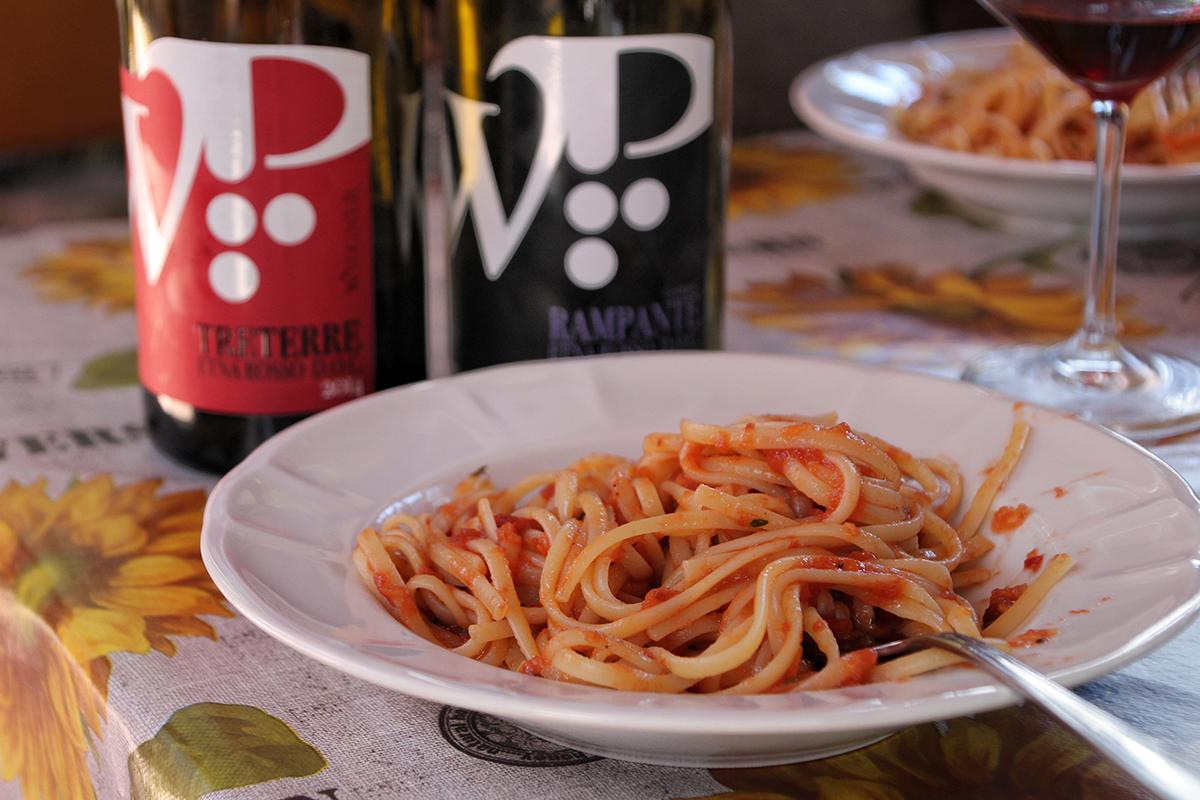 In 1958, Vincenzo Treffiletti and his wife Nunziata Spuches moved back to Sicily after several years in South America, driven by a passion for their homeland and a dream to grow vineyards. Today th...

Romagna means hospitality and warmth, as well as a genetic spirit to create and innovate. People here open their houses and spend all their lives finding new ways to recover old things, make them shi...