In the core of Umbria, Stefano Leonucci grows Sagrantino and Merlot and has freed himself from any appellation in order to make his “vino da tavola” which is anything but. 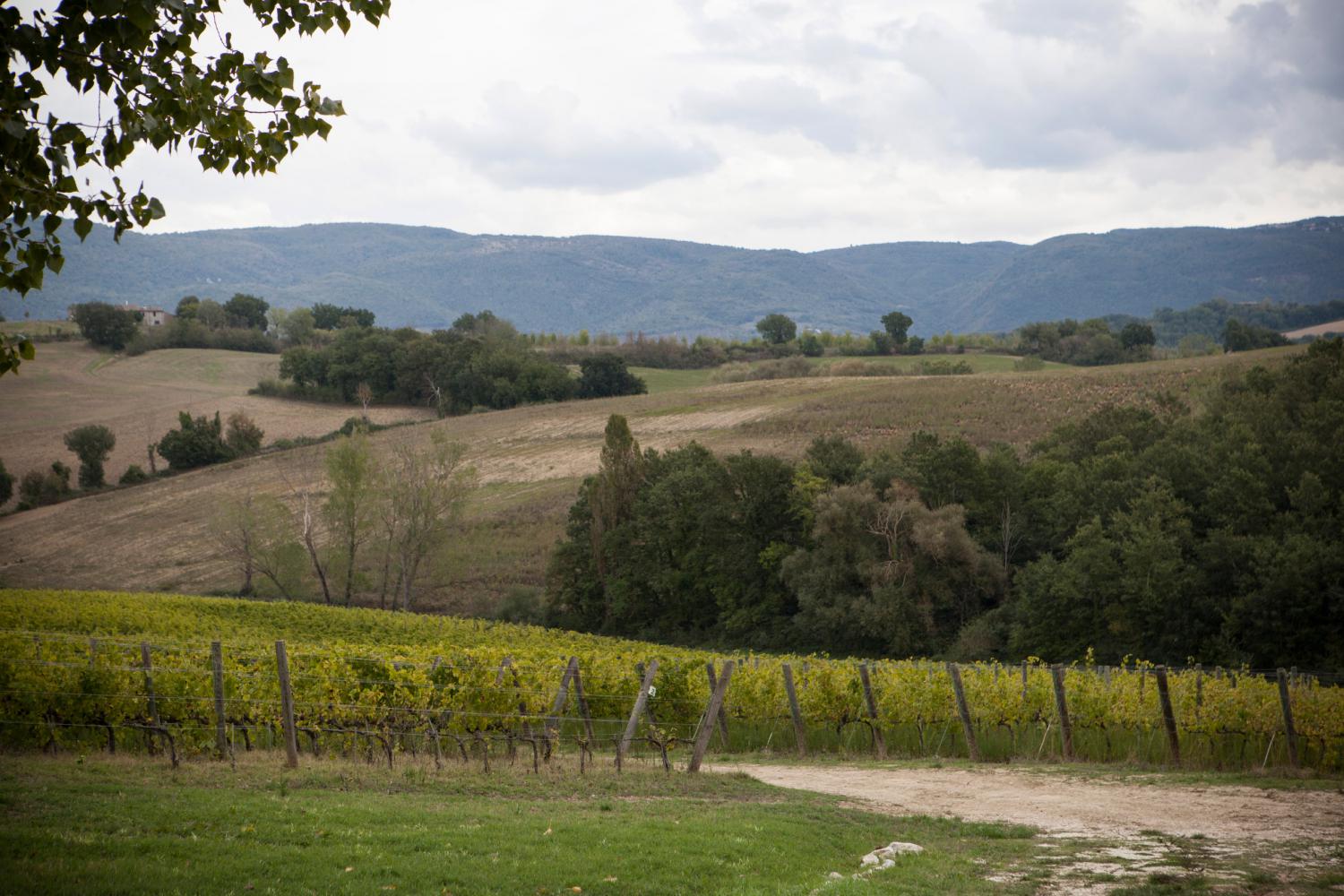 An hour’s drive inland from the Etruscan hilltop city of Orvieto lies Italy’s true interior, its green heart. South Umbria unfolds before us, a patchwork of multi-colored arable lands that designate its status as one of Italy’s most important agricultural zones. The undulating earth is the result of hundreds of layers of sedimentation hammered and teased apart by magma. The landscape as reminder of the awesome power of nature. 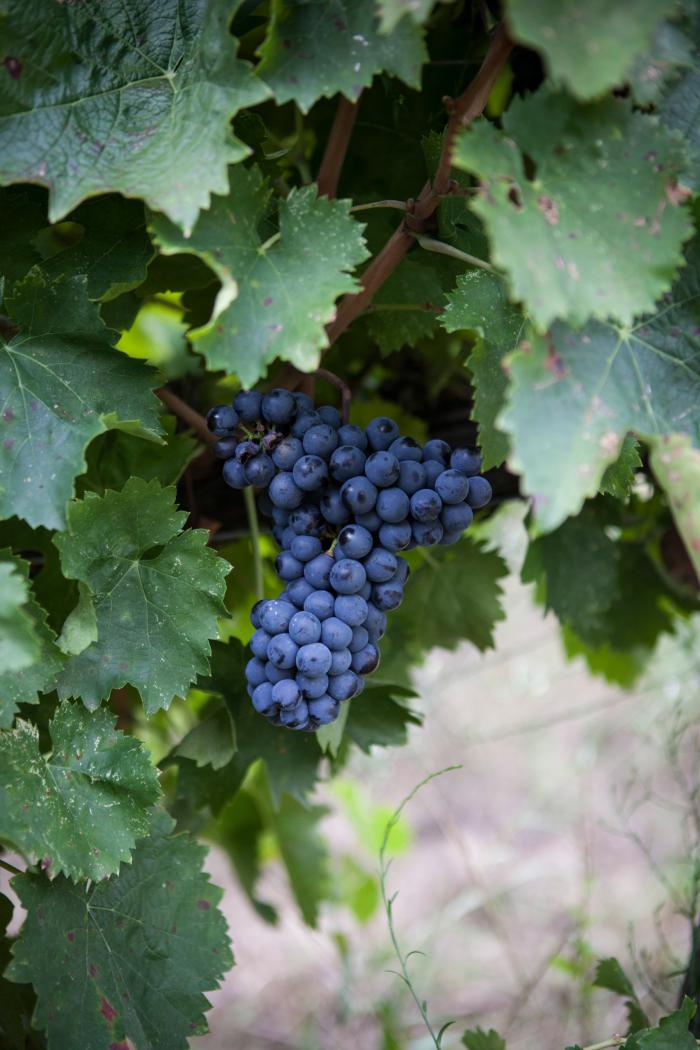 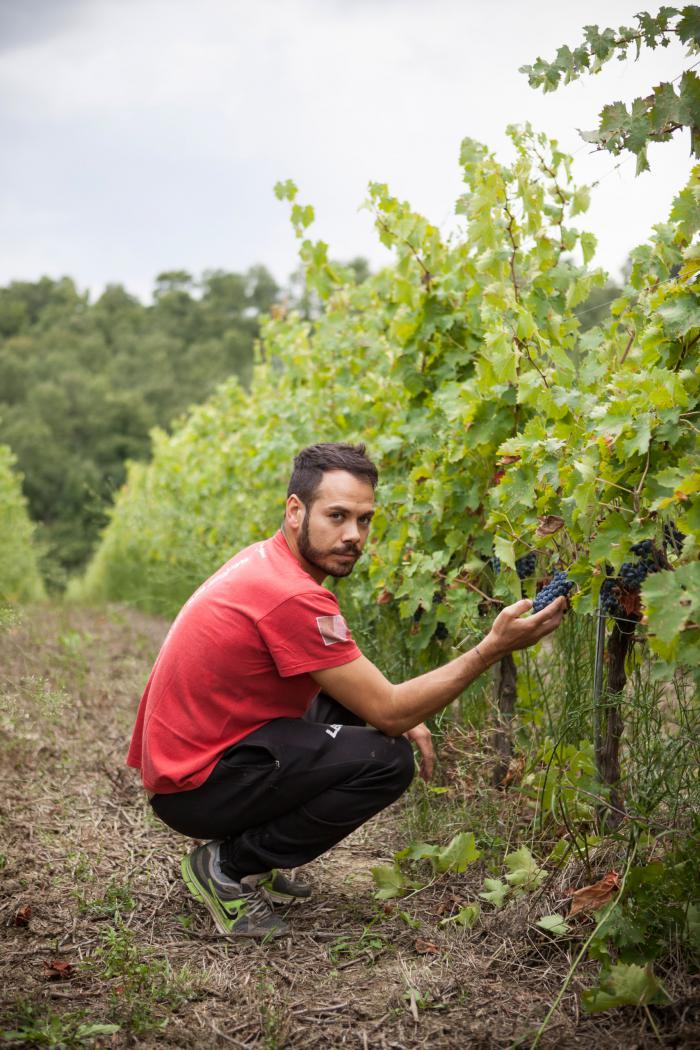 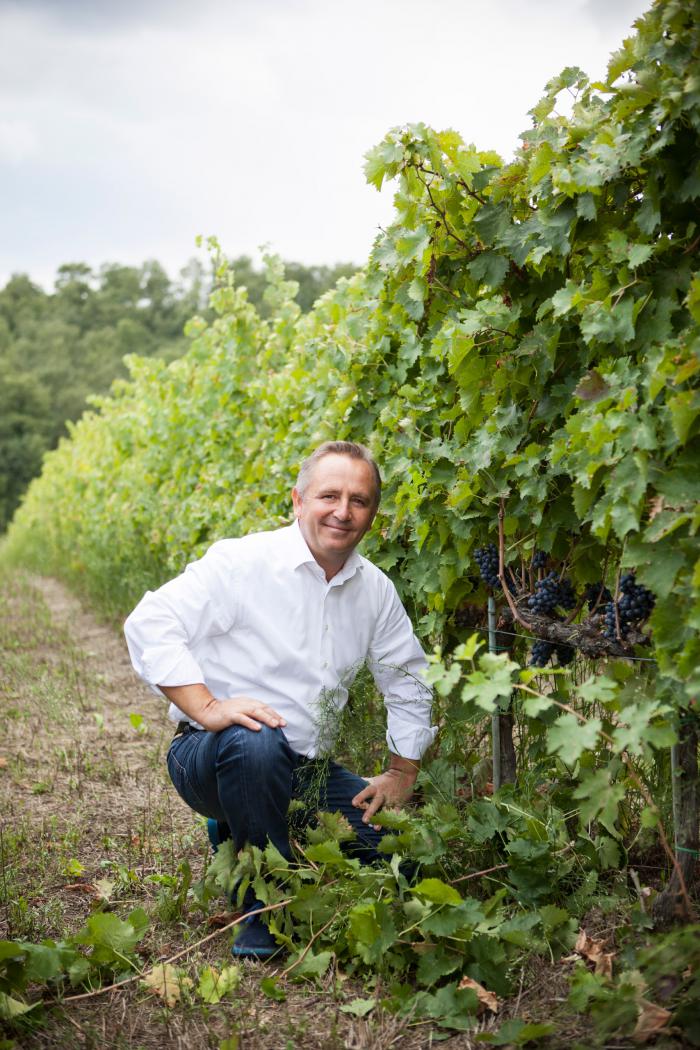 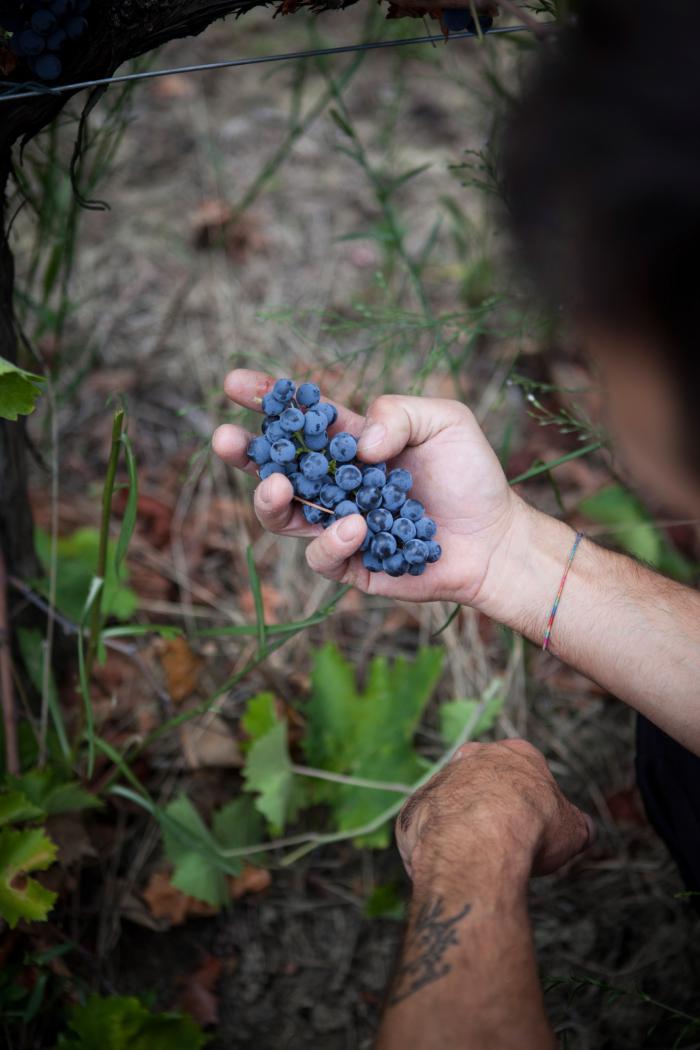 We are here to meet Stefano Leonucci, of his eponymous azienda, longtime farmer and current custodian of this little corner of Umbria. His prized wine, Il Montignano VdT (vino da tavola), is named after the tiny village a mile away comprising of three roads, one restaurant, a humble whitewashed church, and a castle-turned-hotel.

Stefano knows his land more than most. Known as a national expert in sunflower plantations, his first crop, he harbored a decades long passion for wine.

“My family has been here since the 1960s, and we always made wine for ourselves and our friends,” says Stefano, “In 2005, I planted the Sagrantino vineyard and it grew from there.” 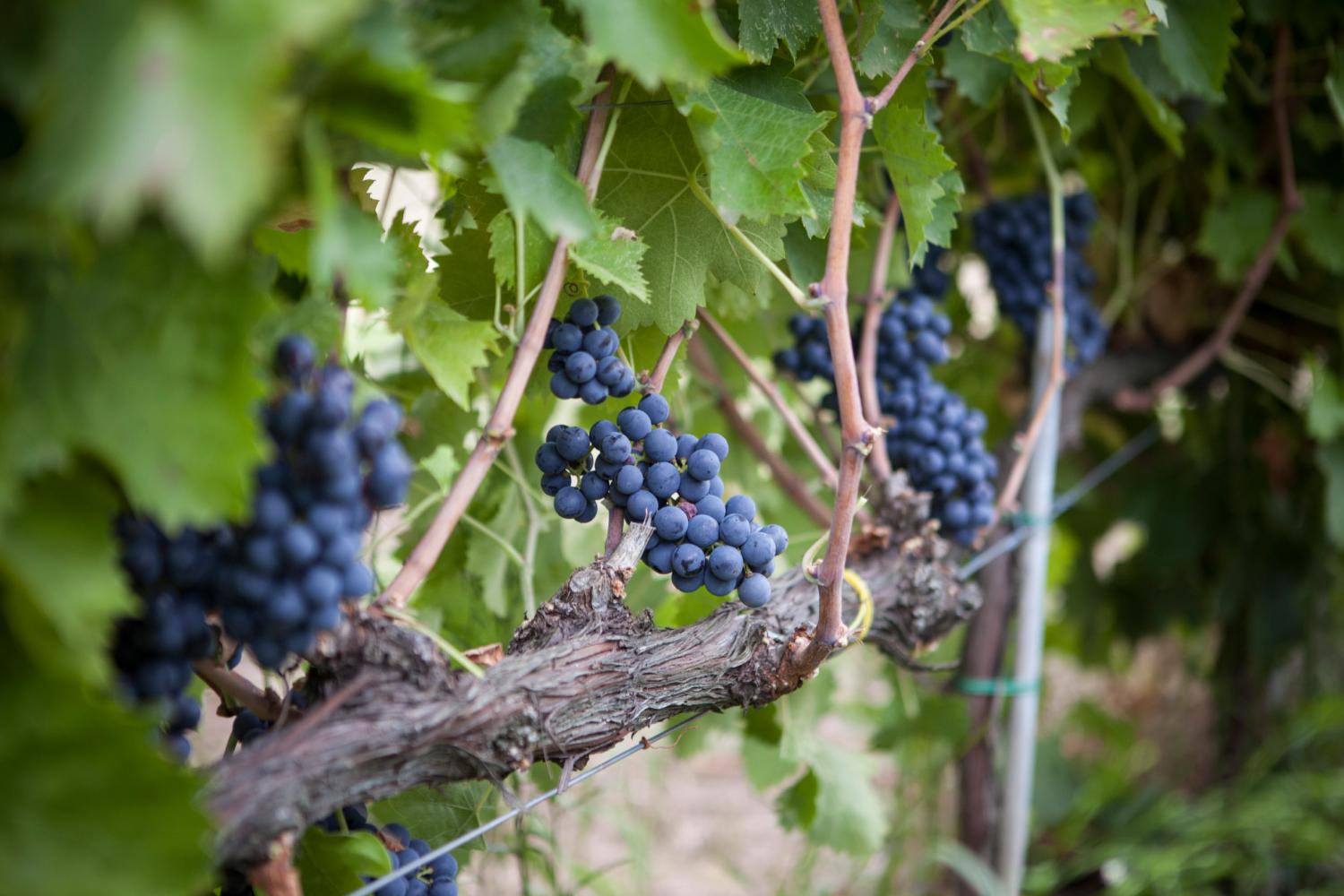 We stand amongst the Sagrantino vines as Stefano points out the extent of the Leonucci vineyards. The farm itself is 70 hectares that run between the village of Colvalenza and Via Flaminia, a historically important Roman trade route that cuts vertically from North to South. Of these 70 hecatres, just over 10 are under vine and fall into the Colli Martani DOC, a denomination which Stefano roundly rejects, opting instead for the less stringent Vino da Tavola designation. 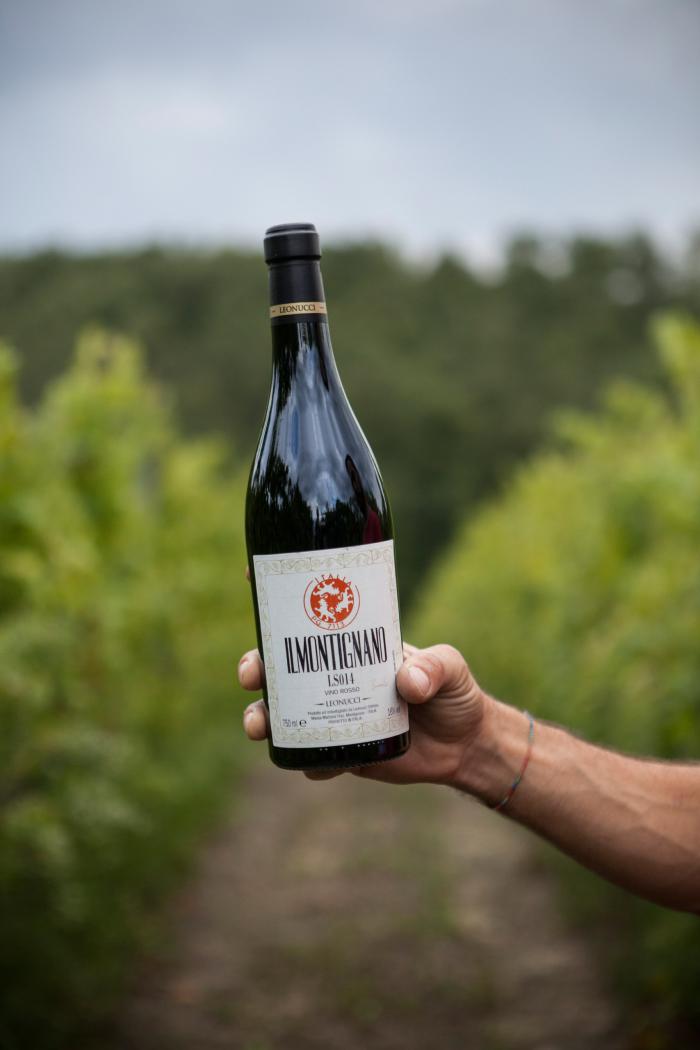 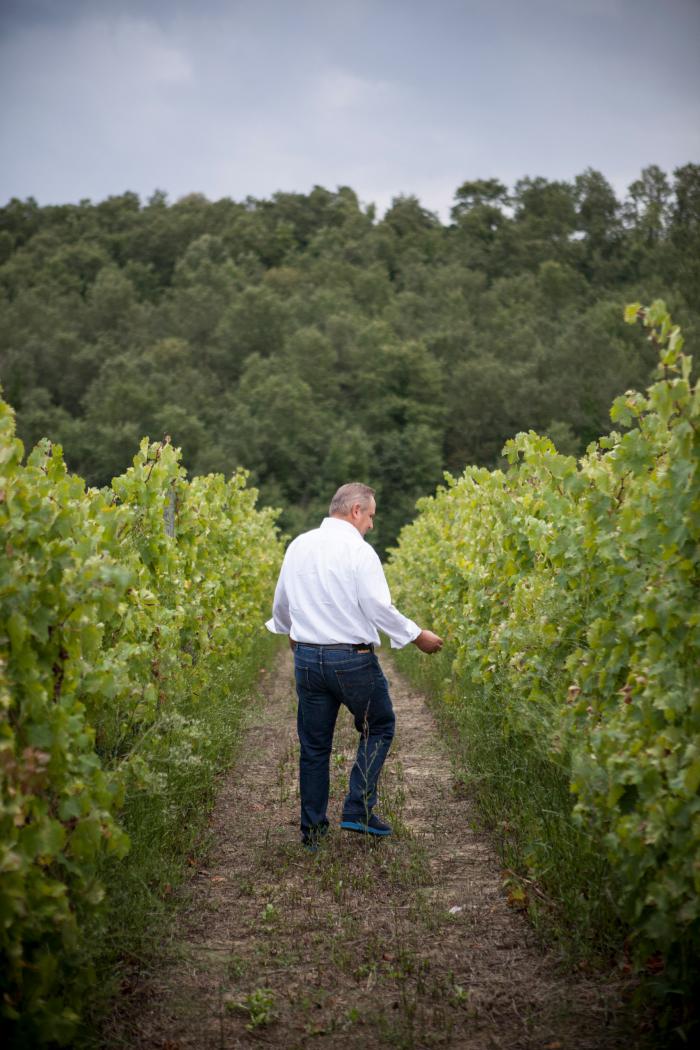 The Colli Martani DOC is a small zone of only 169 acres that allows many different grapes both local and international, with smaller designated areas in Cannara for Vernaccia Nera (genetically the same as Grenache) and in Todi for Grechetto. Most Italian winemakers, here and elsewhere, are keen to achieve DOC status as a marker of quality. Stefano’s bold eschewing is a rejection of the restrictions it imposes on his vision of wine. 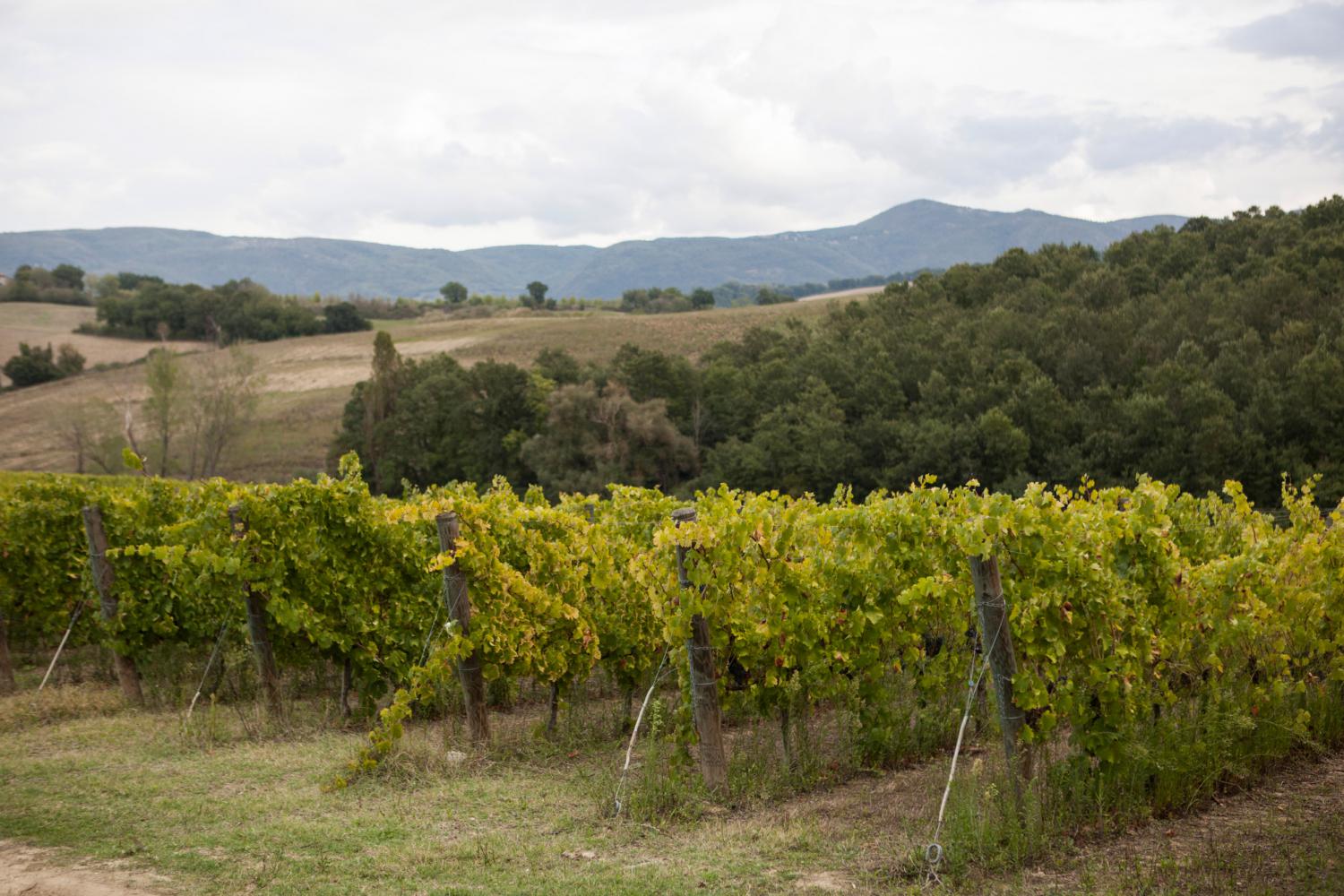 Non-conventionality emerges as a theme, as we wander through the vineyards discussing Leonucci’s experimental techniques. When first planted, Stefano thought only to observe the Sagrantino in his ‘open-air laboratory’. This involved a painstaking process of trial and error of different rootstocks, exposures and vine-training systems, to incubate the perfect conditions for the grapes in relation to the terrain. Eventually the forces of nature revealed their system- 8.5 hectares of Sagrantino and 1.5 of Merlot, all south-facing, low-spurred, with a generous leafy canopy.

“I wanted to create a well-educated vine,” explains Stefano, “This way there is no need to intervene forcefully in the vineyard, as the vine will produce only the desired quantity of fruit.”

The results of this dialogue with the vineyard are healthy, deeply colored, and beautifully formed clusters of glistening Sagrantino. Tasting a fresh grape, there is immense flavor concentration and a rare type of sweetness, fresh but layered. Keen to uncover how these dark berries become wine, we move into the cantina. 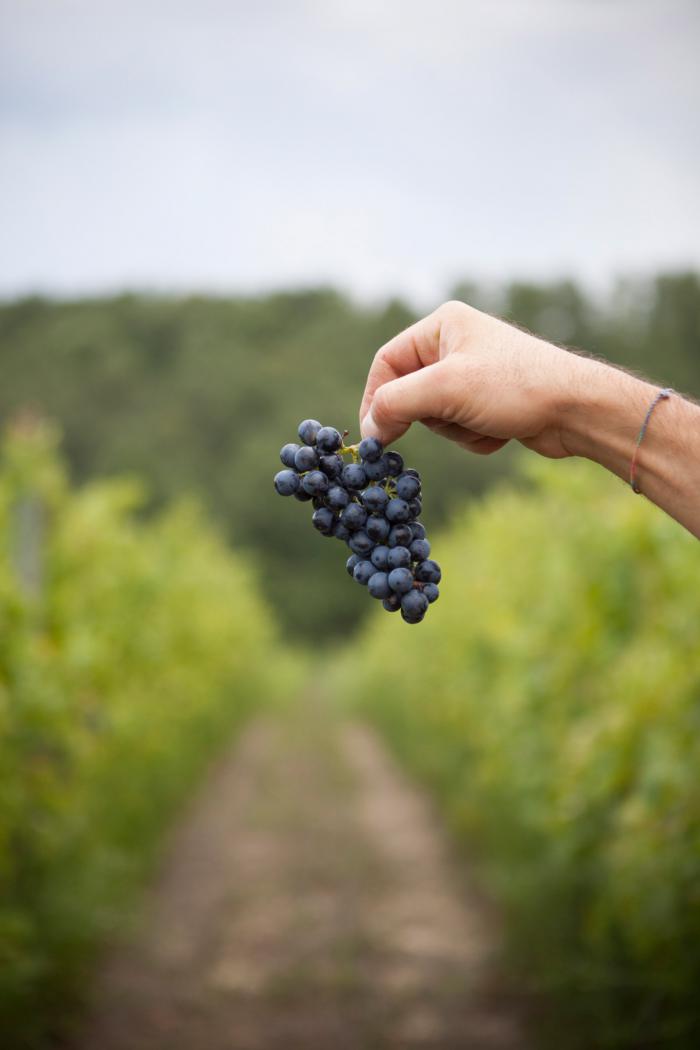 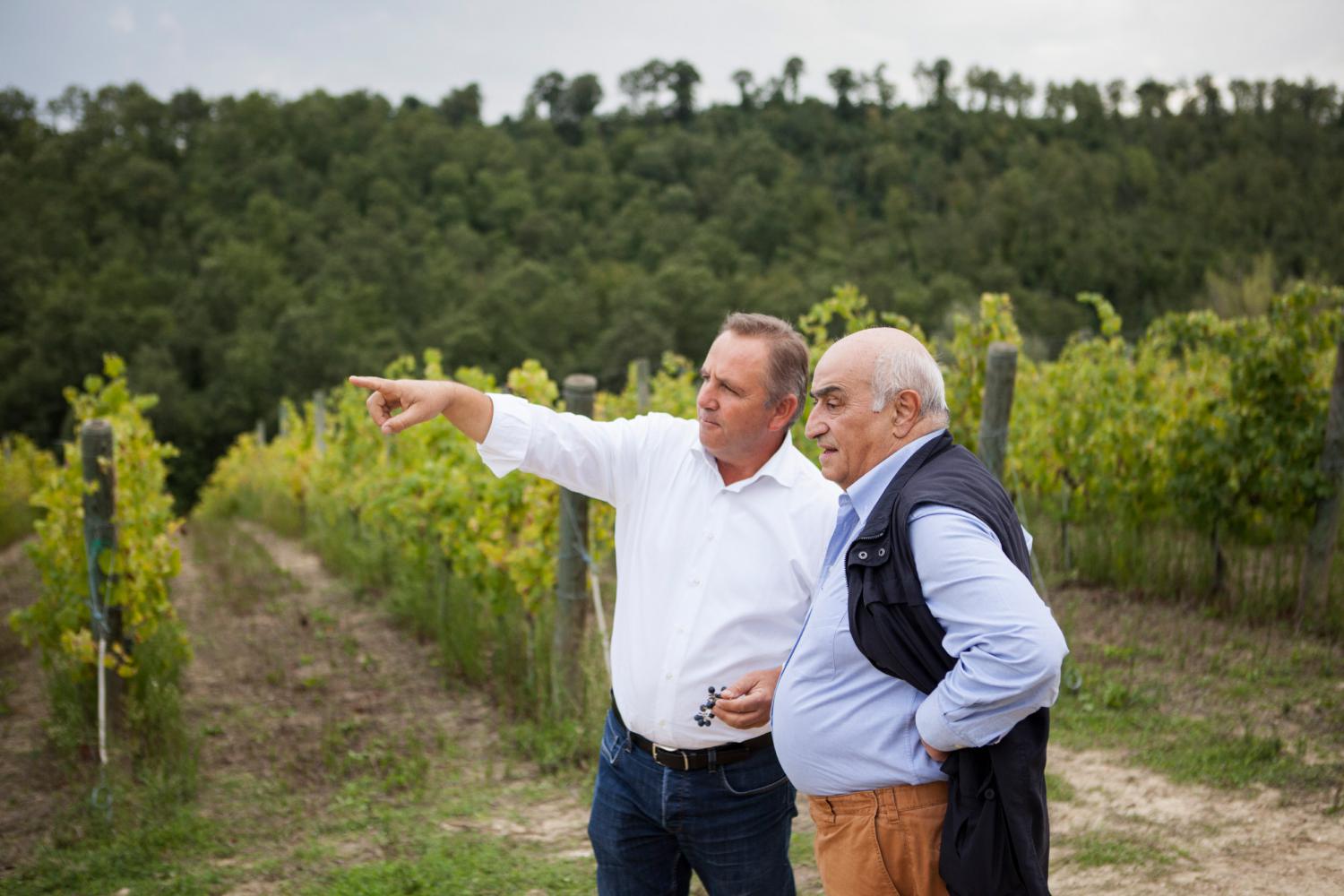 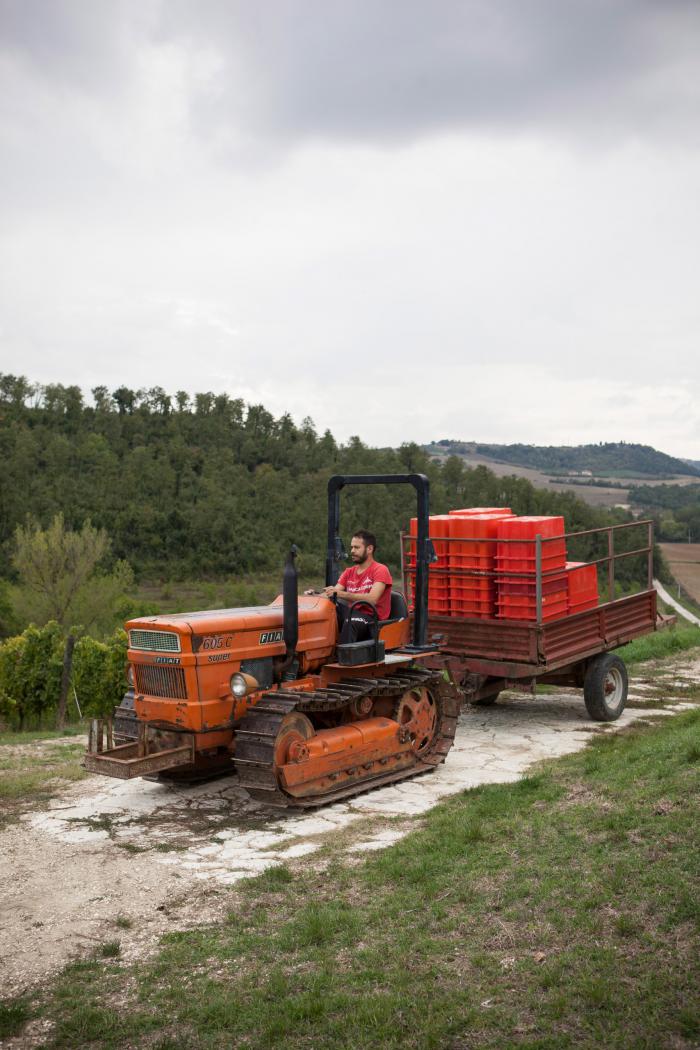 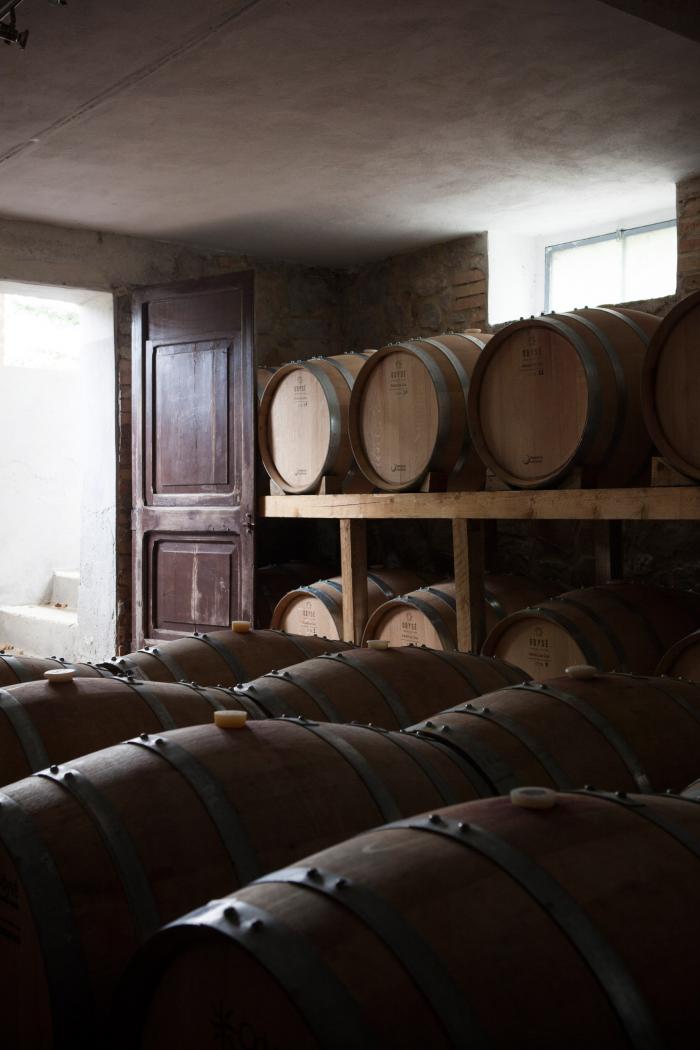 Built in 1967 underneath the main house, the cantina is humble and lined with new French and American oak barrels. Stainless steel vinification and storage tanks allow modern winemaking advancements to protect the precious grapes at the key fermentation moment. Stefano has worked for several years with winemaker Maurilio Chioccia, and together they honed the Leonucci process.

“We blend mainly Sagrantino, which is aged in American and French barriques, with a balance of Merlot that only sees steel,” says Stefano, “After 12 months in barrique it is bottled, and it rests until…. Well, until we are sure it’s ready!”

If the Leonucci ethos is anything to go by, we predict the Montignano VdT to be thrilling and, on tasting, it does not disappoint. Aromas of black plums and cinnamon give way to a palate that is big and bold, with robust tannins, thanks to Sagrantino’s famous thick skin. The thoughtful time dedicated to aging materializes in the savory end notes, of smoke and leather. Food wise, it would pair harmoniously with anything with strong flavors: rich game, black truffles, aged cheeses. 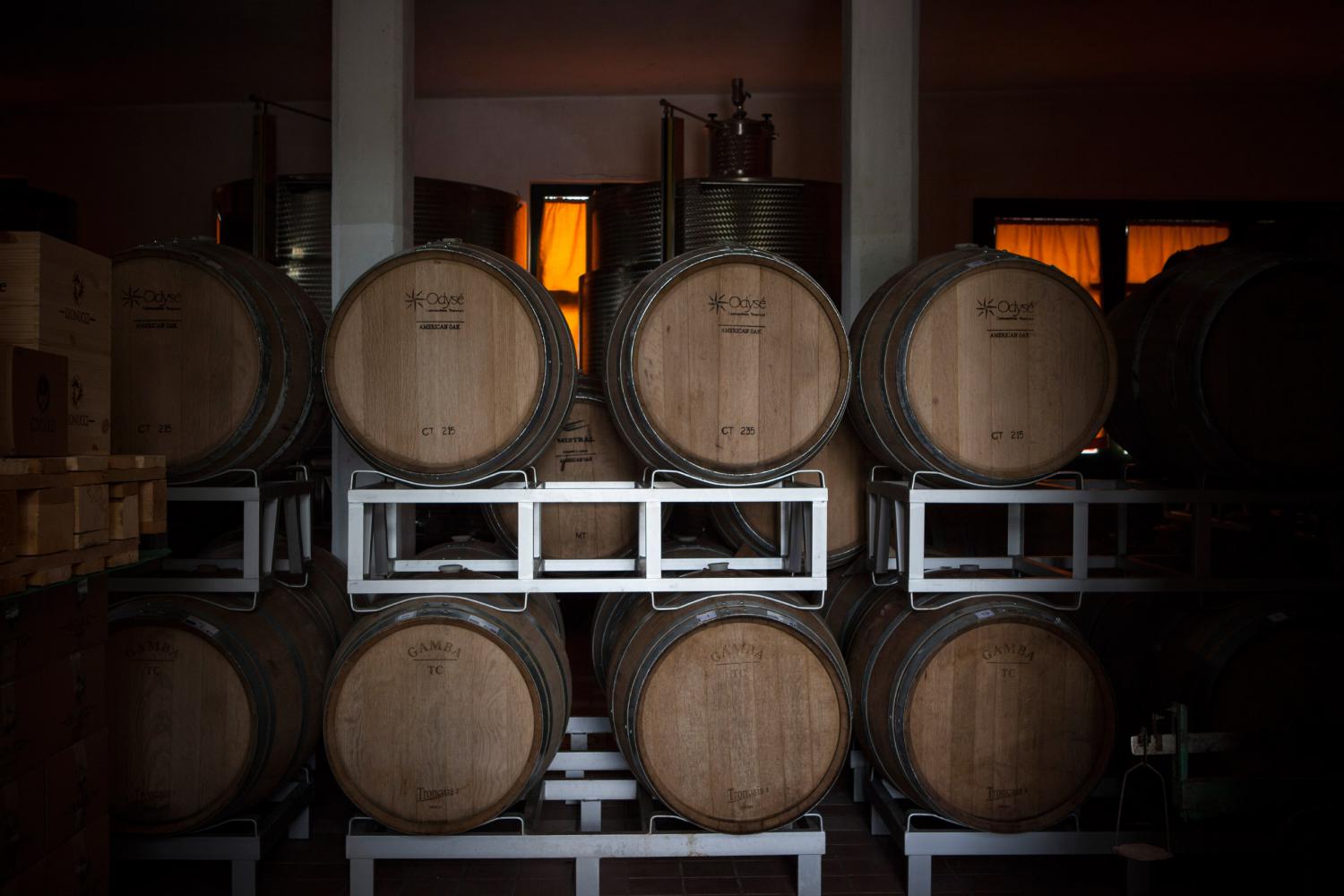 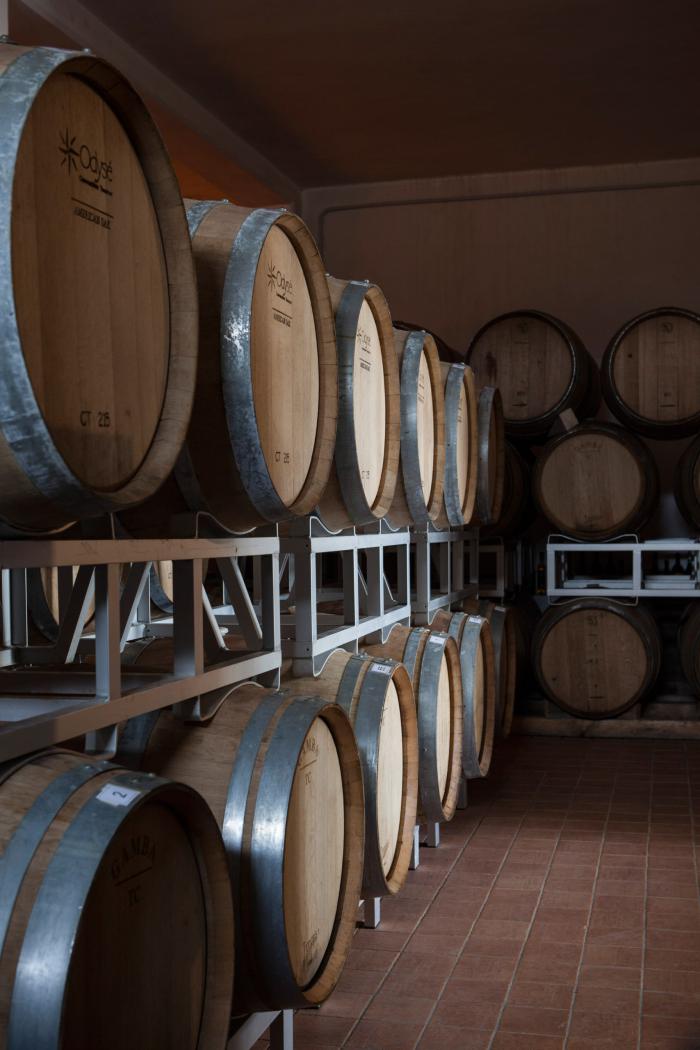 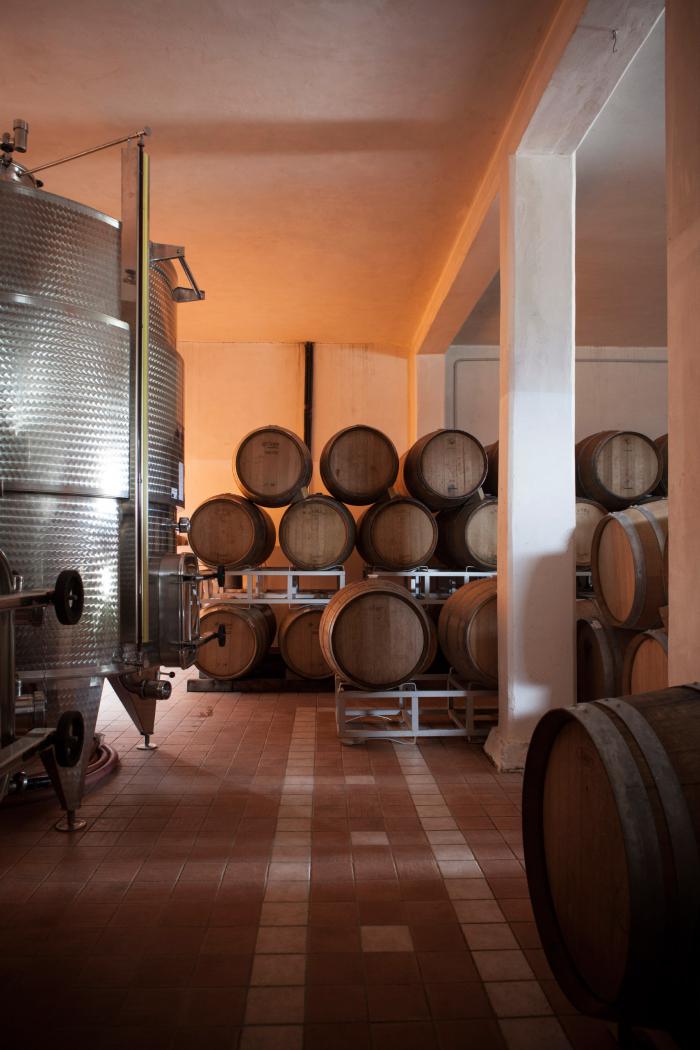 Stefano is as bold and convincing as his wines, and his vision includes a long term strategy. It is too tempting to think it a shame that he forgoes the DOC, as he might find quick success with the identifiable denomination on the bottle. In reality, it is a blessing in disguise, for his abstinence only serves to highlight the truly individual workings of his project. Leonucci’s wines, for now, are prizes for those with the inside knowledge, though we can’t imagine their low profile will last much longer. 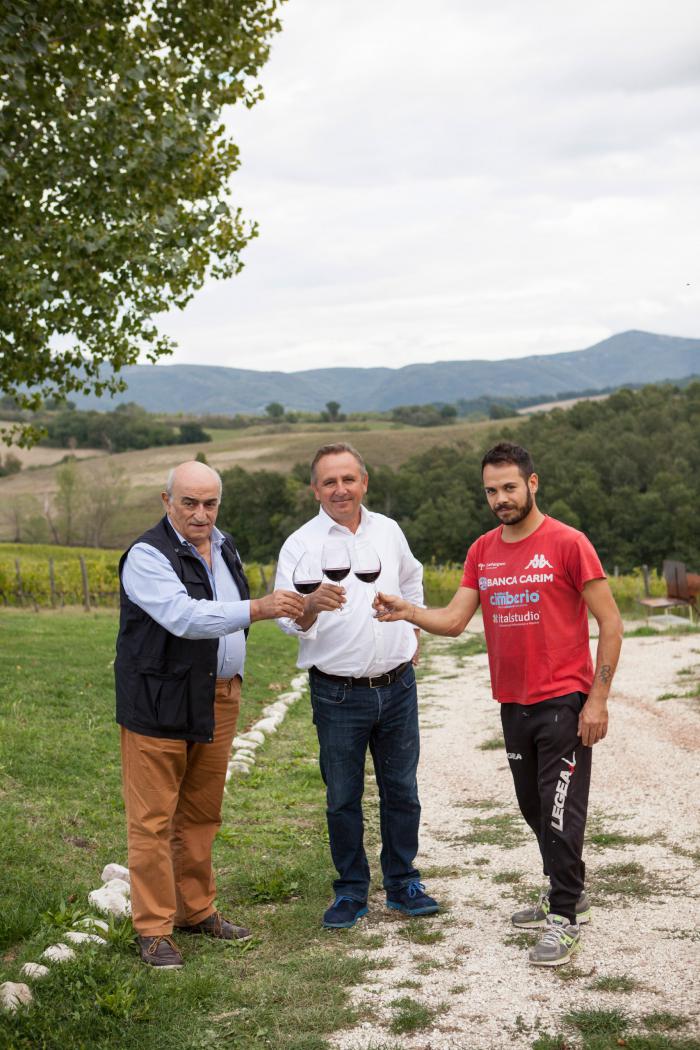 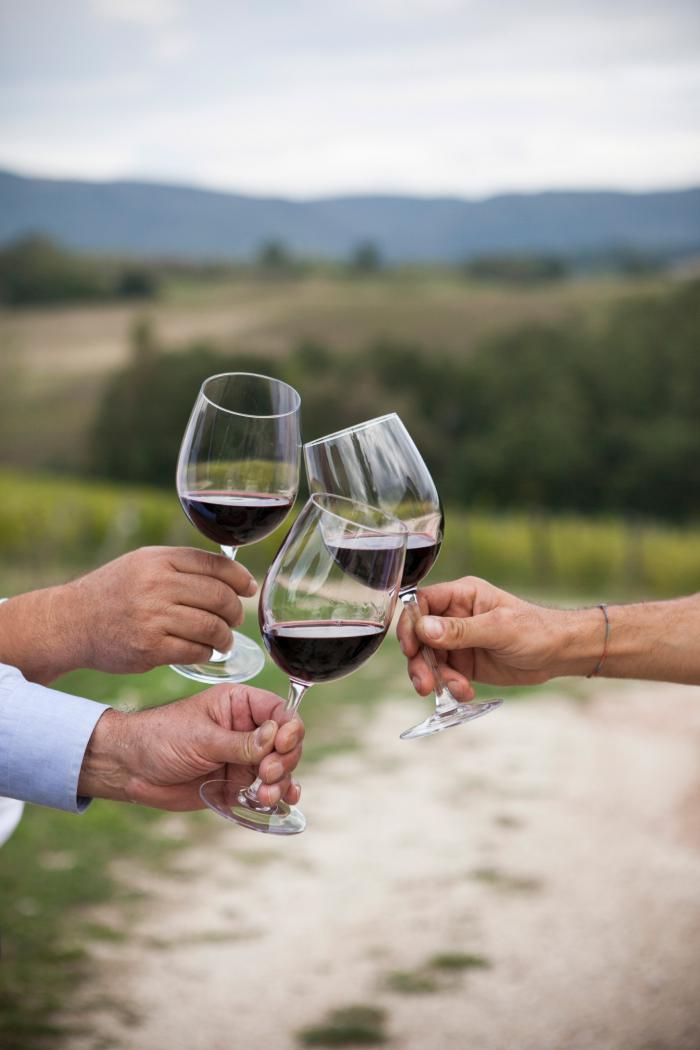 Montignano might well be Italy’s highest quality Vino da Tavola, and with new experimental plantings of the native white grape Lugliolo soon to be bottled, we can’t wait to drink whatever Stefano Leonucci comes up with next!

Right in the heart of Tuscany, there is the noblest bottle, Vino Nobile di Montepulciano with the most famous siblings, Chianti and Brunello. ...

In 1994, Alessandro and Davide Neri introduced their father's 12 hectares of vineyards to organic and biodynamic farming as well as sustainable agriculture. With this high regard for protection and ma...