Welcome to Le Caniette, the land of Rosso Piceno.

Intense reds, white wines full of flavor, an enviable view of the Adriatic coast, a thin blue line that at the horizon is melting with the sky, behind us the Apennines with one of their peaks, Gran Sasso, that during sunset turns almost red and golden.

For four generations, the vines of the family estate Le Caniette, have been able to make an extremely recognizable juice that speaks about its home land. 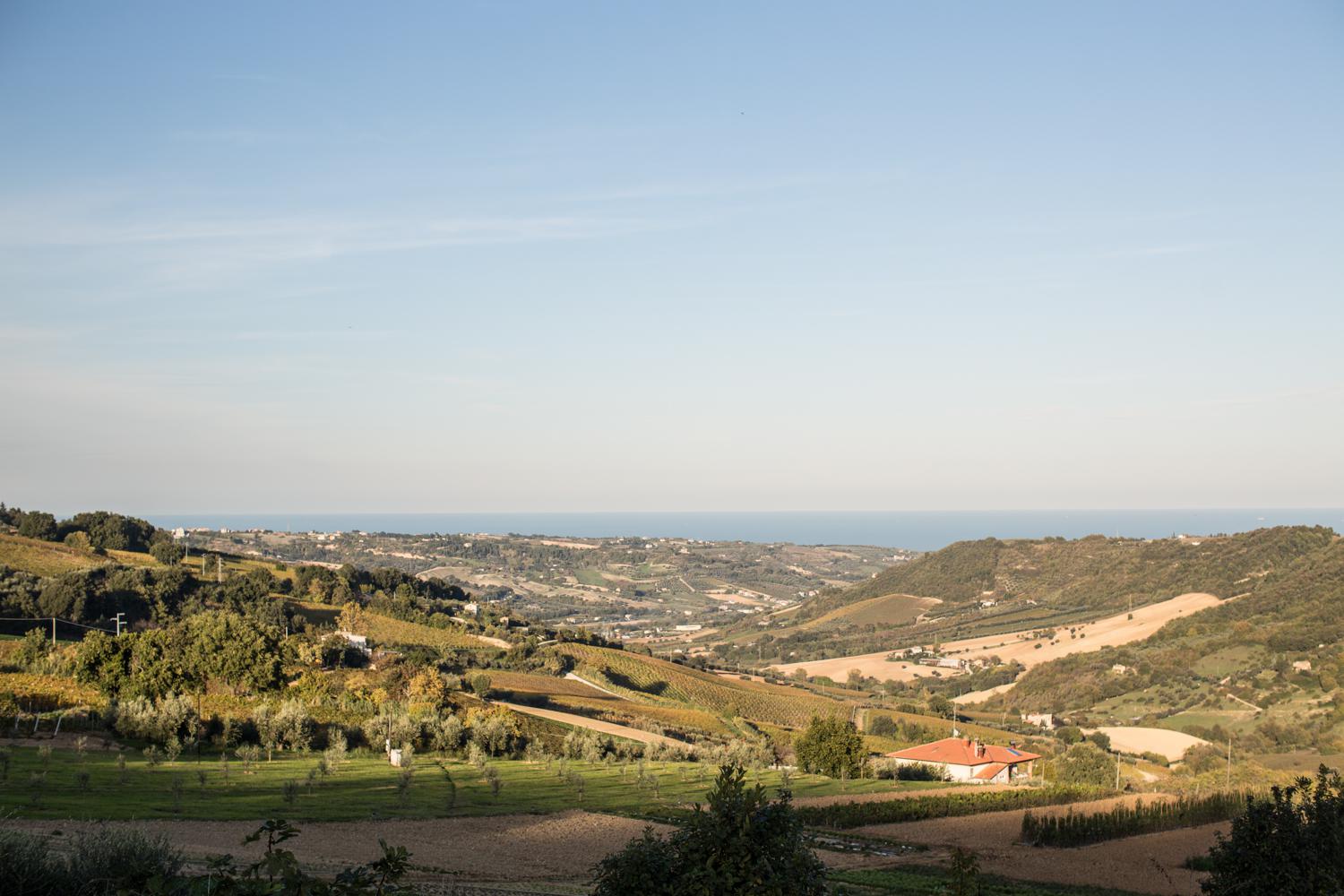 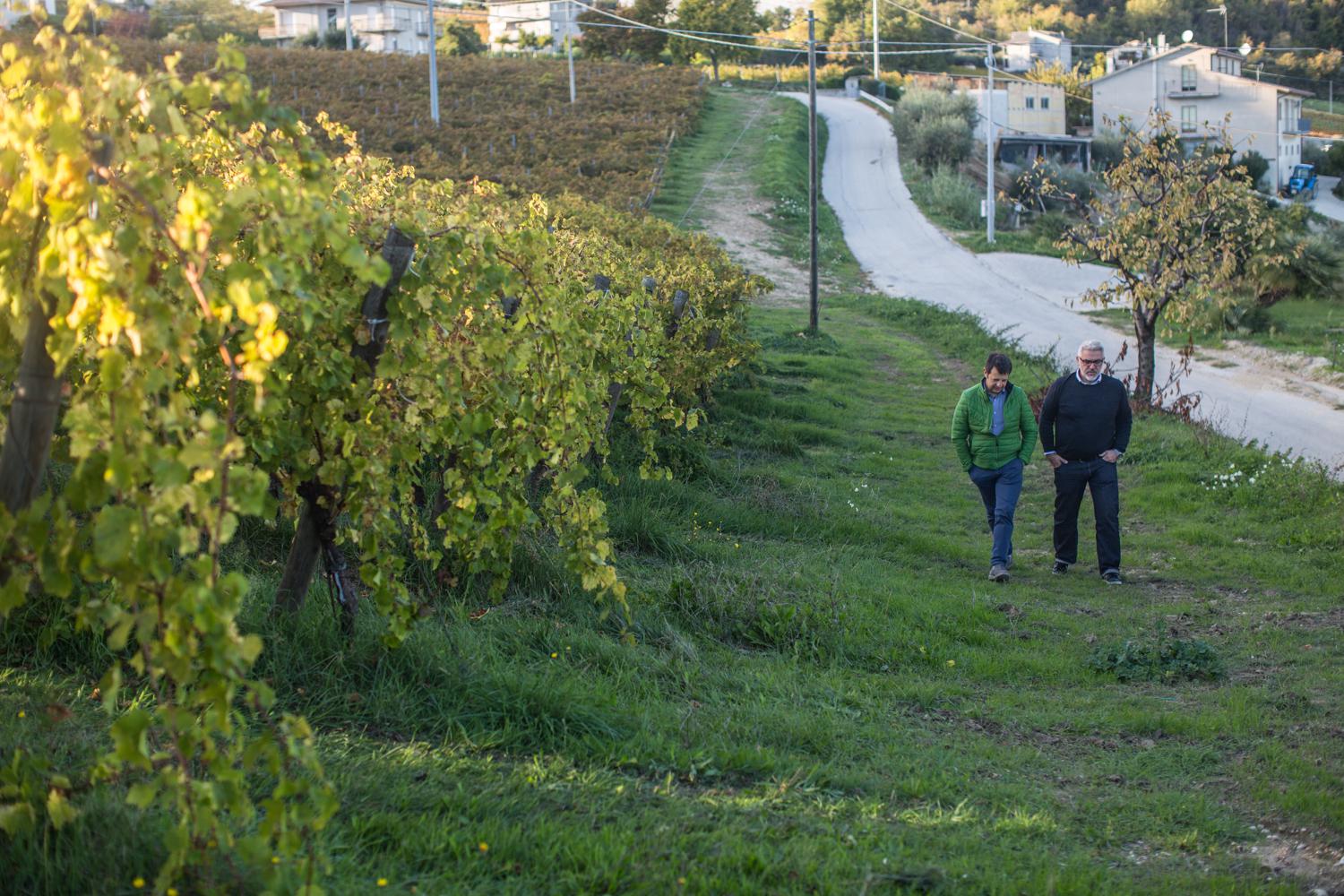 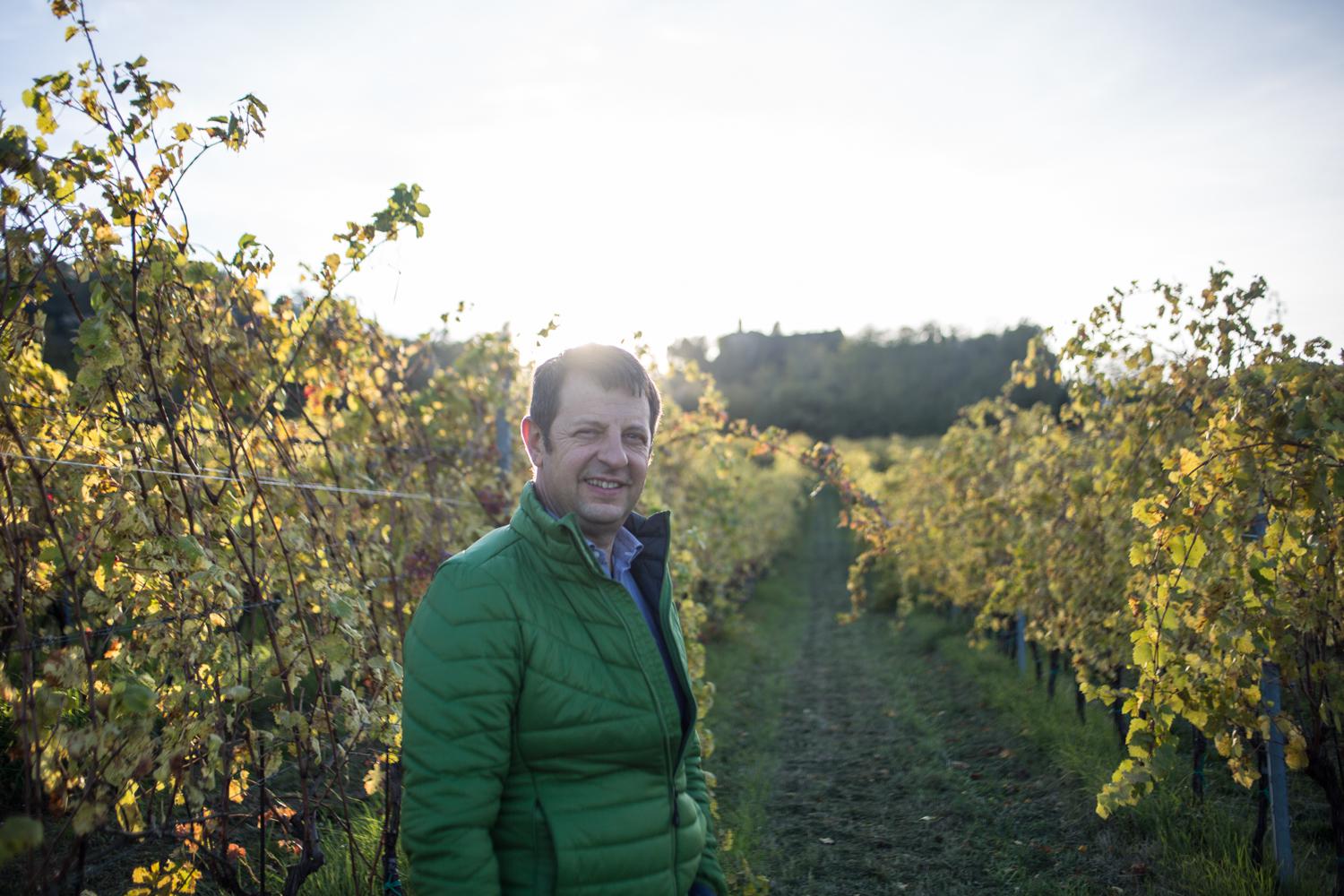 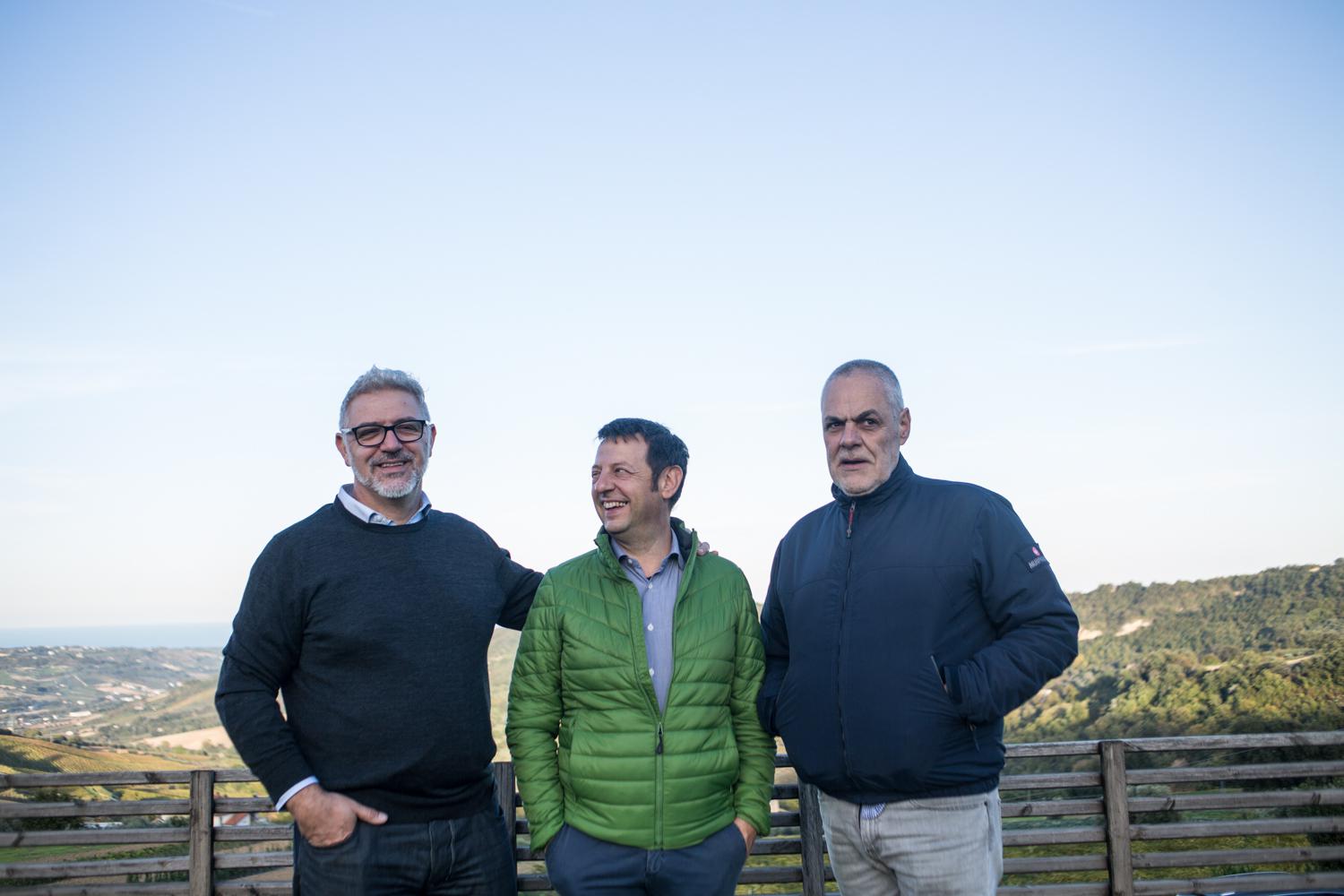 Le Marche, just in the middle of Italy, is one of the most interesting and prominent regions for those who are looking for the perfect spot, outside the busy Italian destinations, who like tasting produce, an inspiring slow life, beautiful clear water, art, history and a pure countryside. Raffaello, Gioacchino Rossini, Giacomo Leopardi, three of the most iconic Italian names, were born and lived here. You smell a genuine breath of life, simply walking outside and enjoying their superb indigenous grape varieties, like Passerina and Pecorino.

Yes, this is the vista that we see when we visit Le Caniette, near Ripatransone, one of the most historical towns of the whole area, where not only white wines are outstanding, but their reds firmly put you into another dimension. 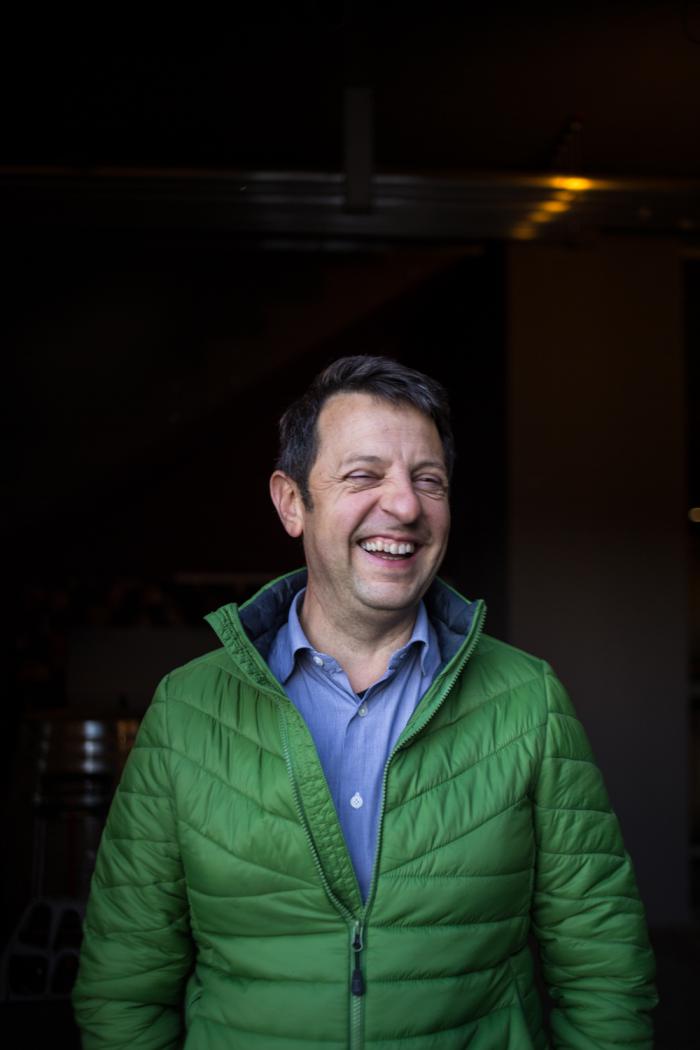 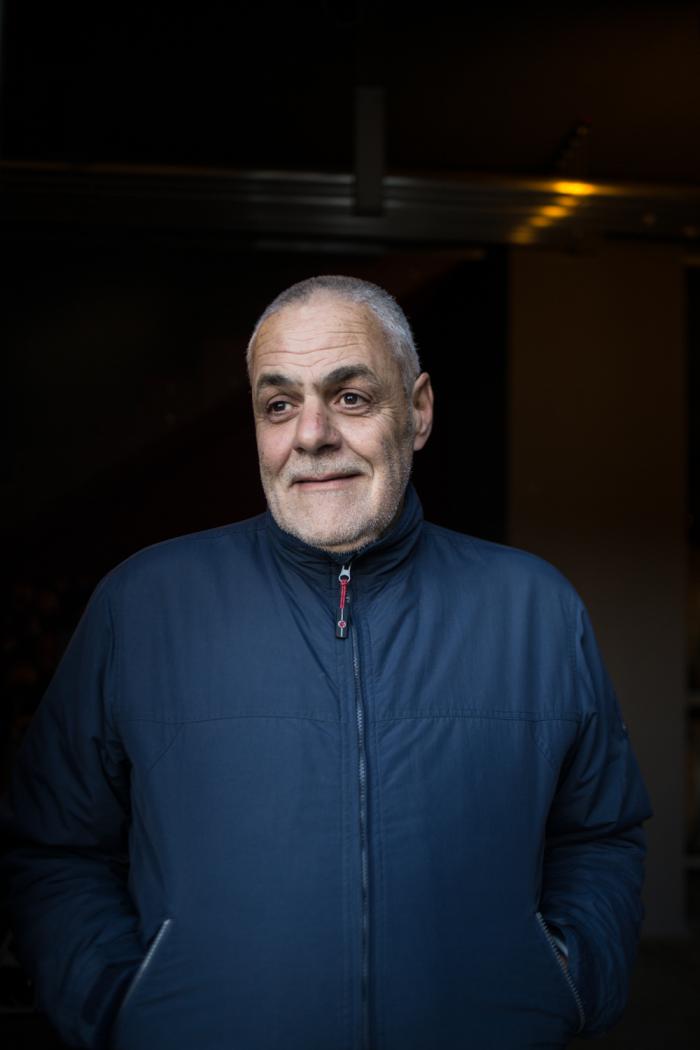 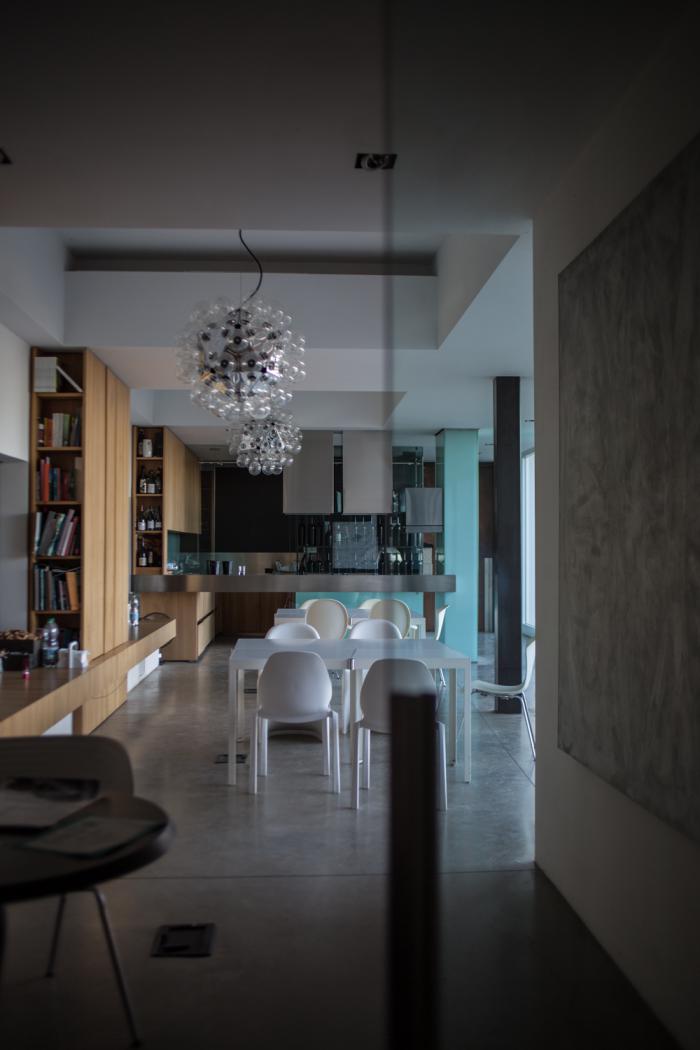 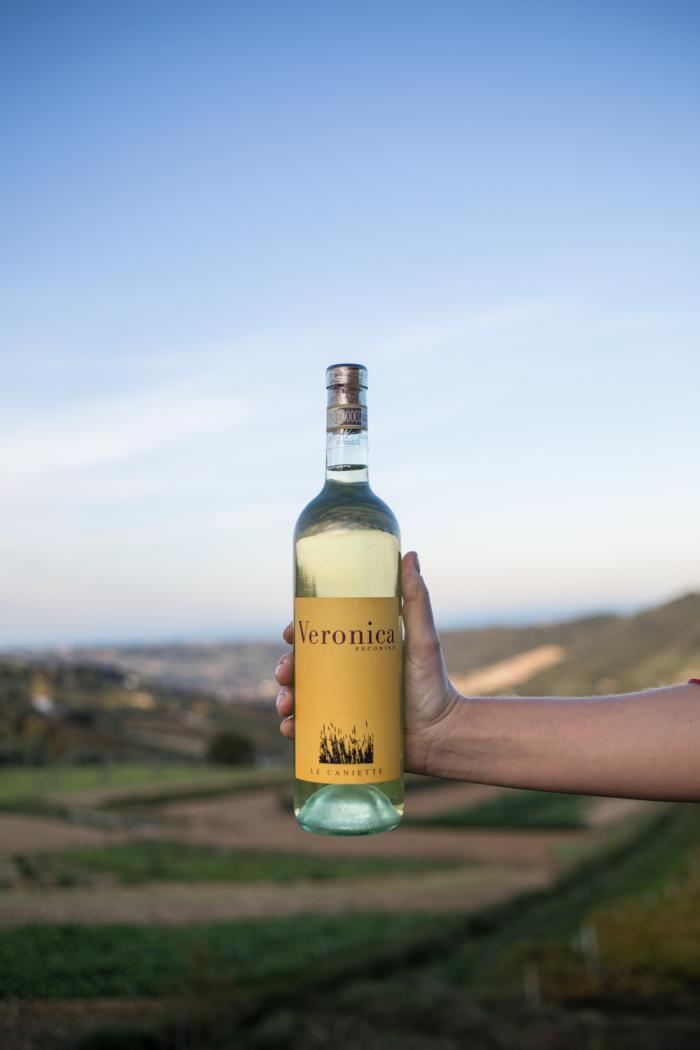 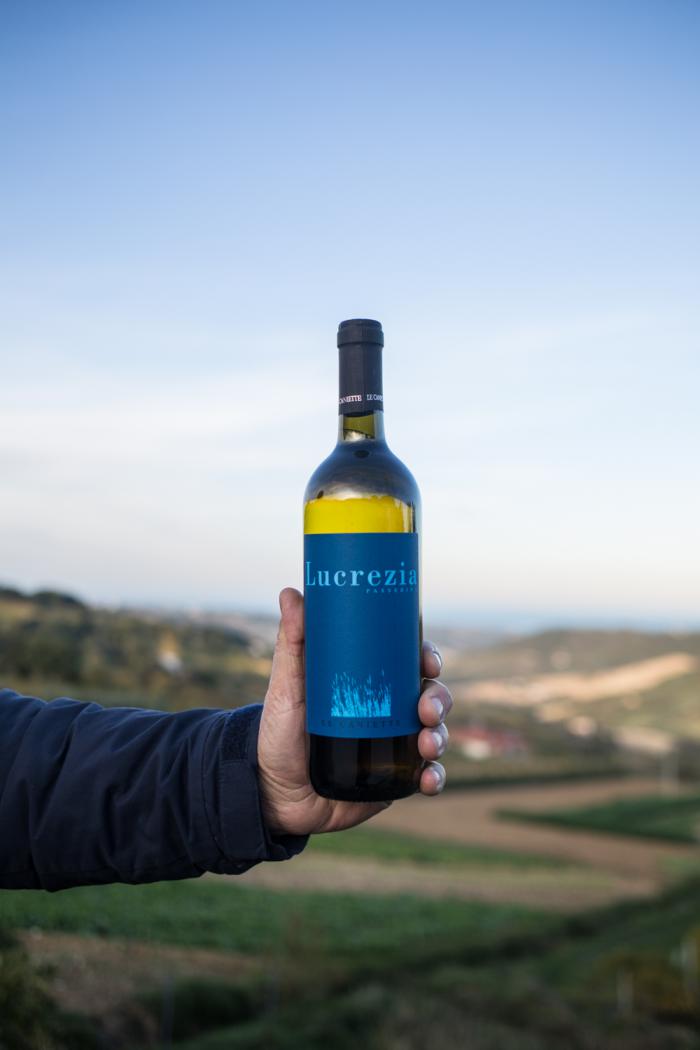 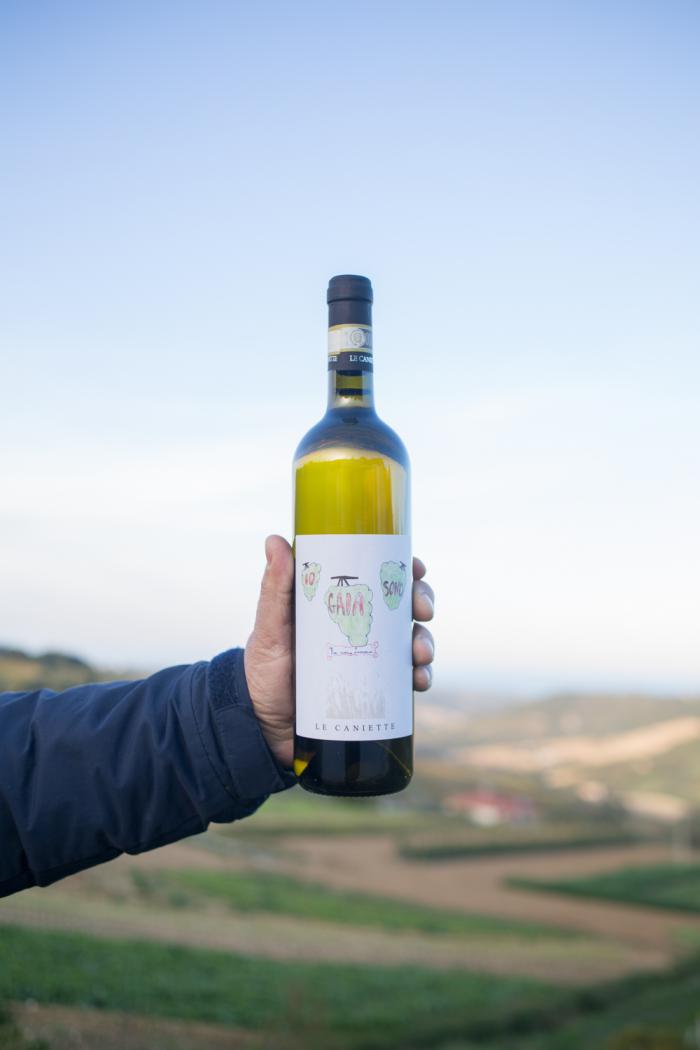 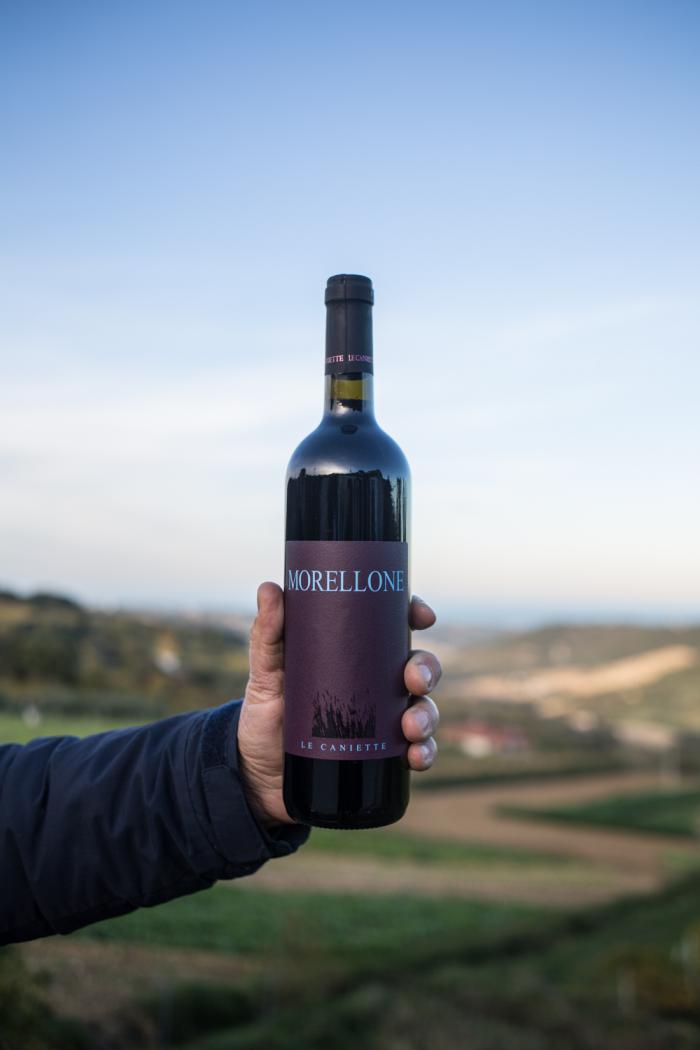 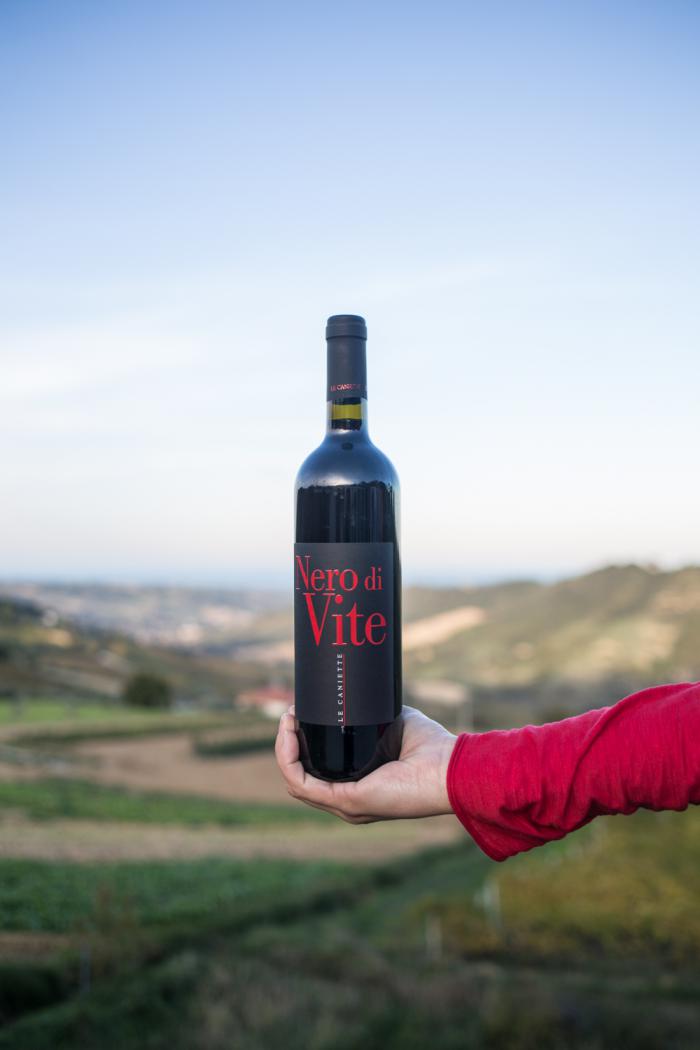 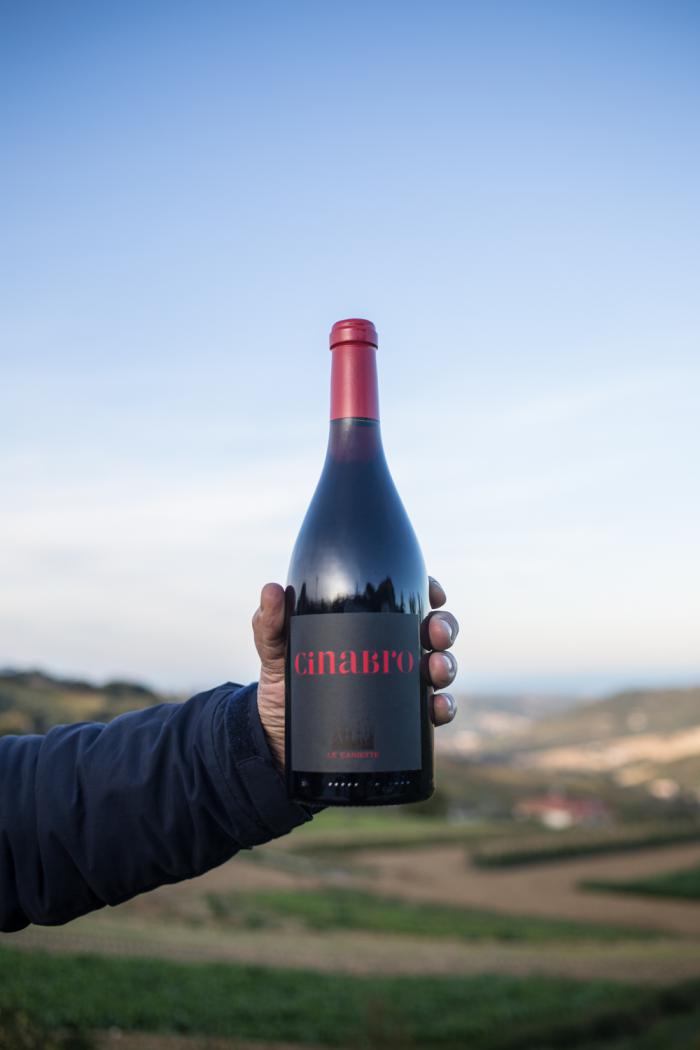 Giovanni and Roberto open their arms to the Enotria crew that needed a rest after so many kilometers on the road. This farm was set up in the 60s, when founder Raffaele Vagnoni gradually converted the land lots inherited from his father into vineyards, making the wine business the main source of family income. Giovanni, his son, joined the company in the early 90s and introduced the first labels, together with all the technological and business innovations that made Le Caniette what they are today: a locally admired company that is earning worldwide recognition.

When you come here, at this altitude, it’s easy to understand what makes these vineyards unique: the Mediterranean microclimate, balanced by the closeness to the Balkans, sandy soil with early Pleistocene clastic rocks, an organic farming that respects nature, people and animals. 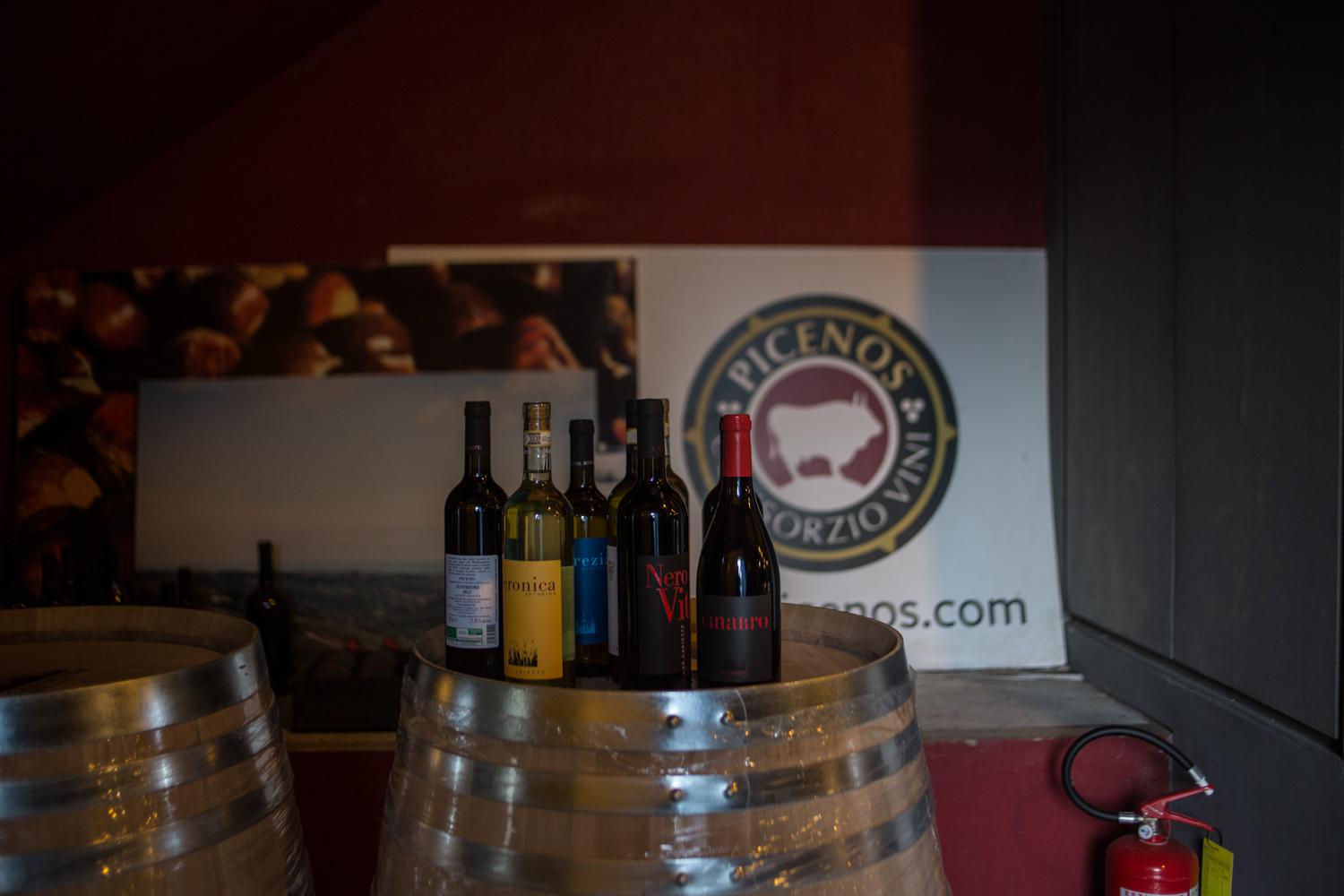 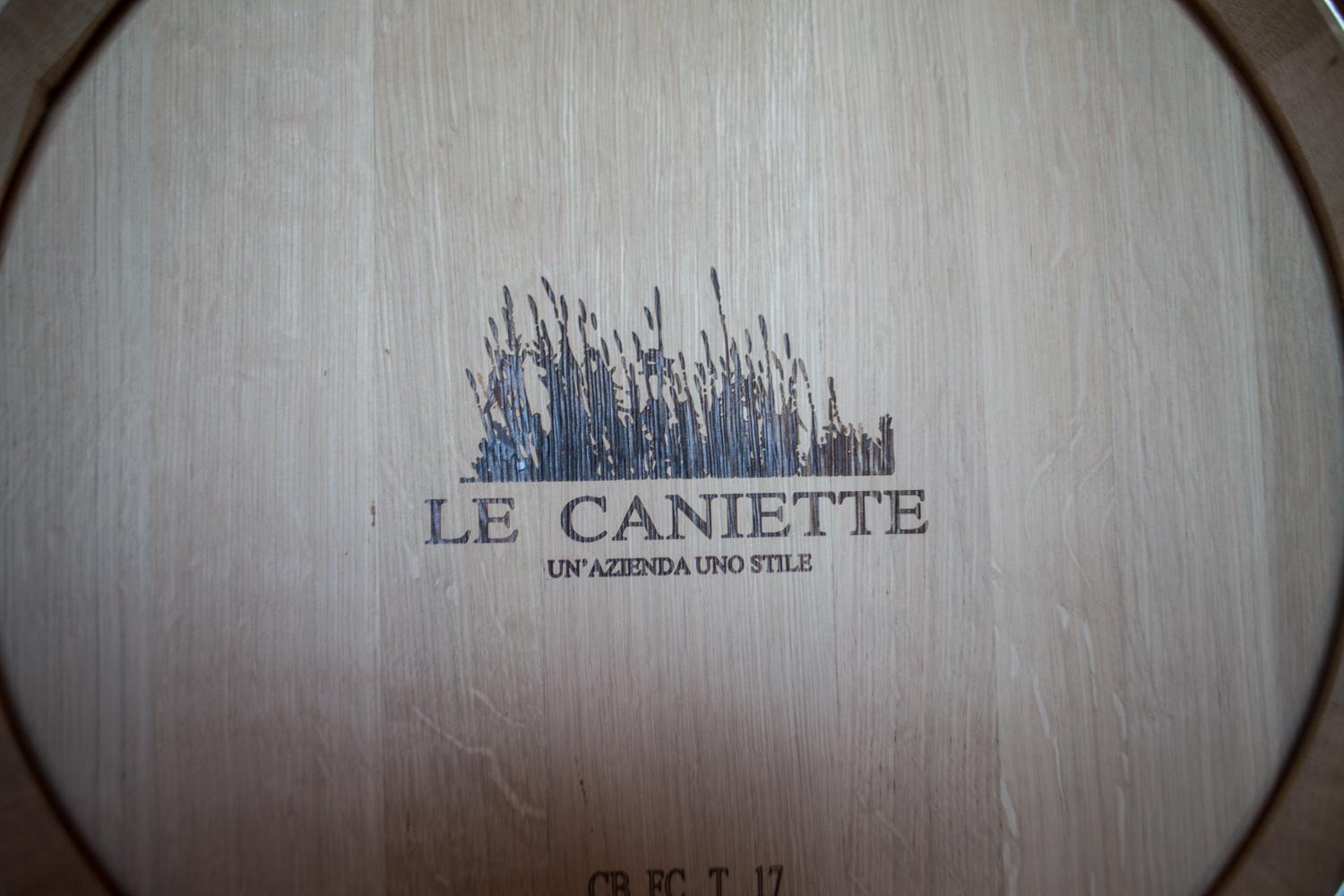 The soil is very fresh and very well exposed, Ripatransone is lucky enough to guarantee 98% of healthy grapes.

Giovanni takes us to his best view outside of the winery and says: ‘We care about our local culture, territory and tradition. Our aim is to be the caretakers for generations to follow and expand our potential in the name of Marche and Piceno, this is why we joined the Vini Piceni Consortium, a local as well as national reference for winemakers that strive to protect this identity and innovate its allure.”

Giovanni and his winery concentrate primarily on indigenous varietals, Montepulciano and Sangiovese for the reds (though they also grow a red varietal locally known as Bordò, which turns out to be related to Grenache), and Passerina and Pecorino for the whites.

These make 7 distinct and precious wines whose whites are named after Giovanni’s three daughters: Lucrezia, Veronica, and Gaia; and whose reds are named after Michelangelo’s red paint tones: Rosso Bello, Morellone, Nero di Vite and Cinabro.

While Montepulciano and Sangiovese are well known also in other Italian regions, Passerina and Pecorino are the authentic passport to Le Marche. Passerina’s origins are uncertain, but it seems to be related to Trebbiano Toscano, while Pecorino makes everybody wonder about its name… is it because of the cheese, or what?

One story holds that it smells so good when it’s ripe that the flocks of sheep who would pass by the vineyards during the transumanza, the twice-yearly migrations from summer to winter pastures, would deviate from the path to go into the vineyards and feast on the grapes.

Because Giovanni and Roberto, the export manager, are very attentive to the development and reputation of the territory, they have built a world class tasting room, minimalist in design, with massive windows that allow the panorama to enter the space. Giovanni tells us that many events take place here, from Michelin starred chefs to local and international groups that feel at home while cooking a delicious meal and sipping the local ambrosia. That is what Piceno is about. 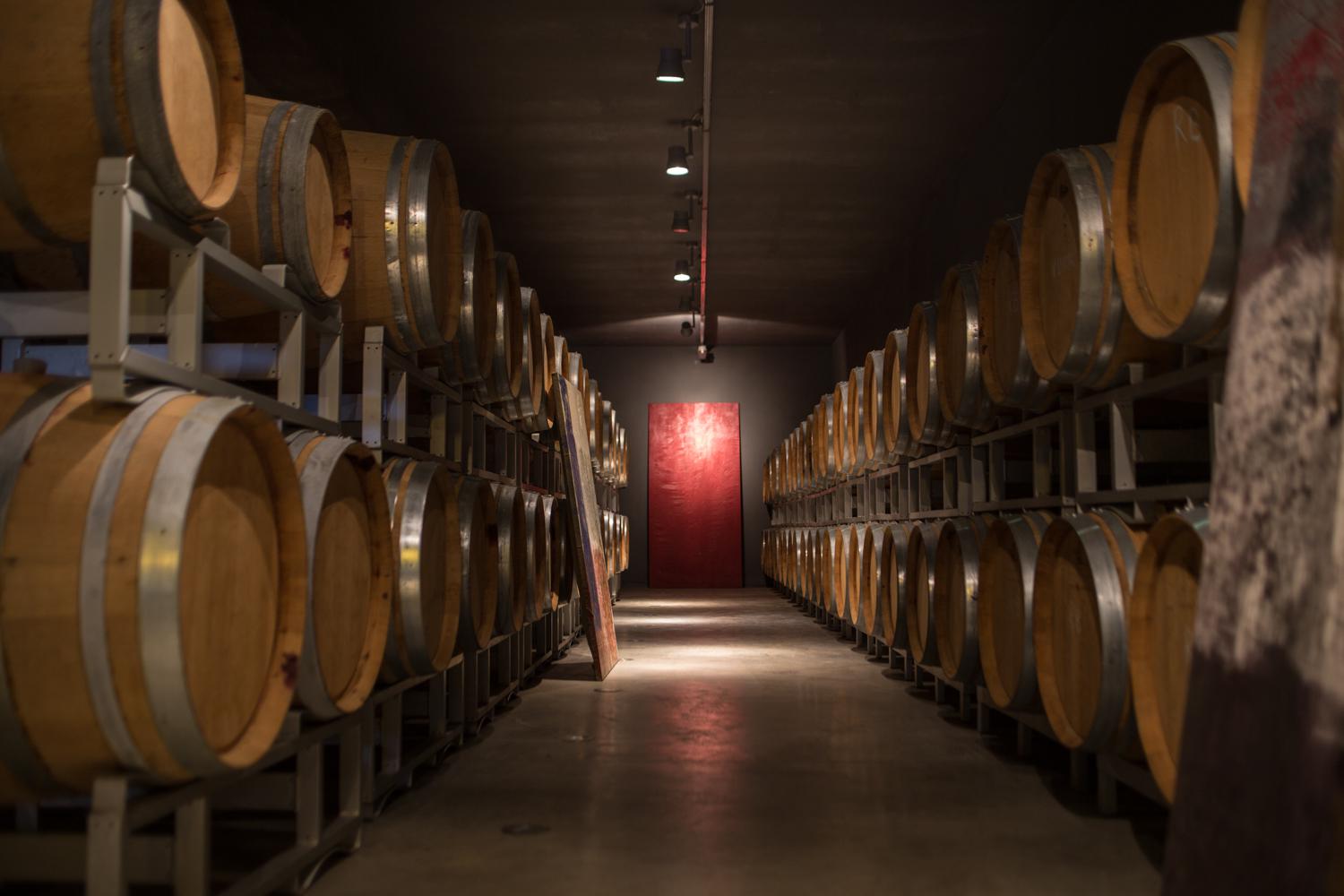 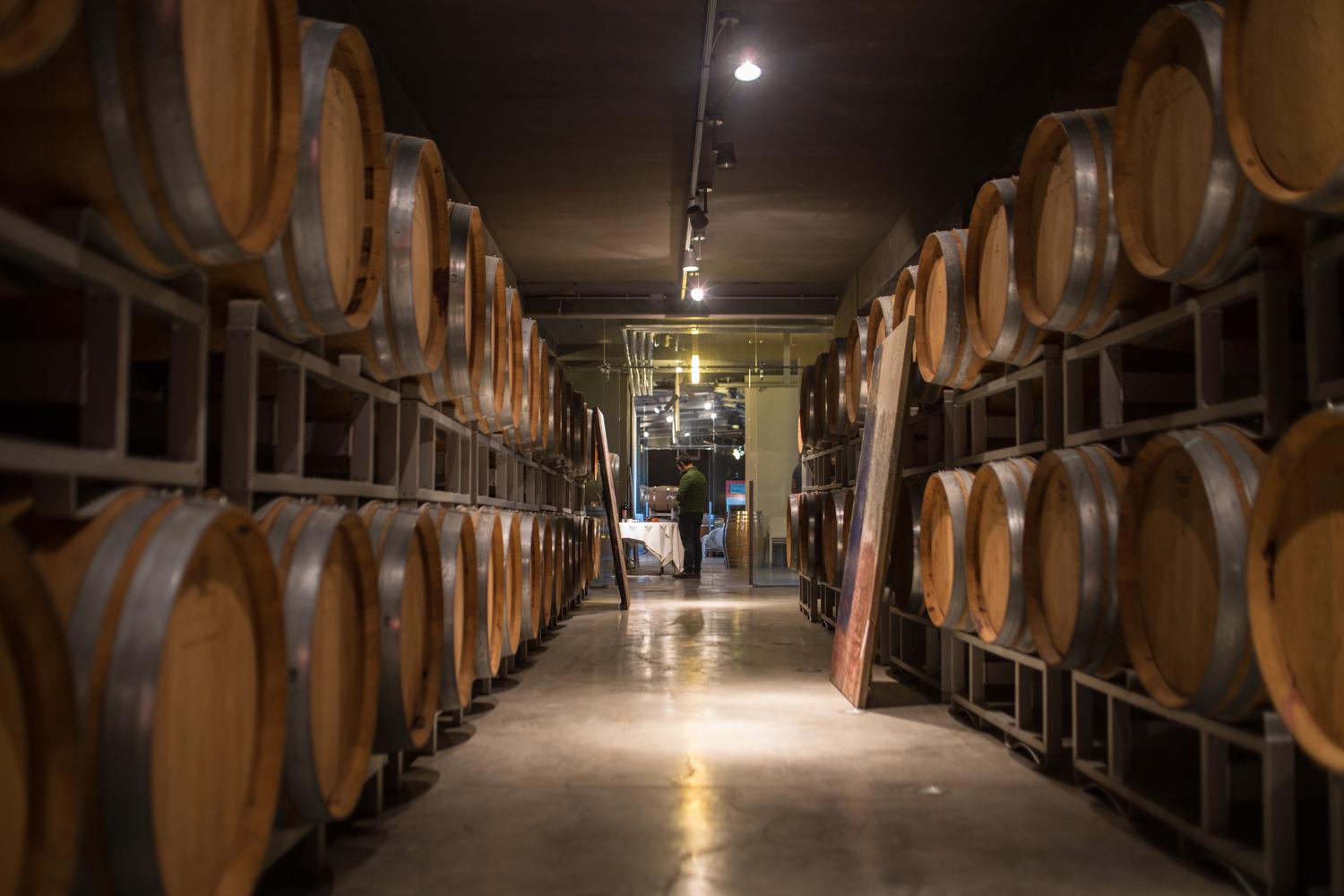 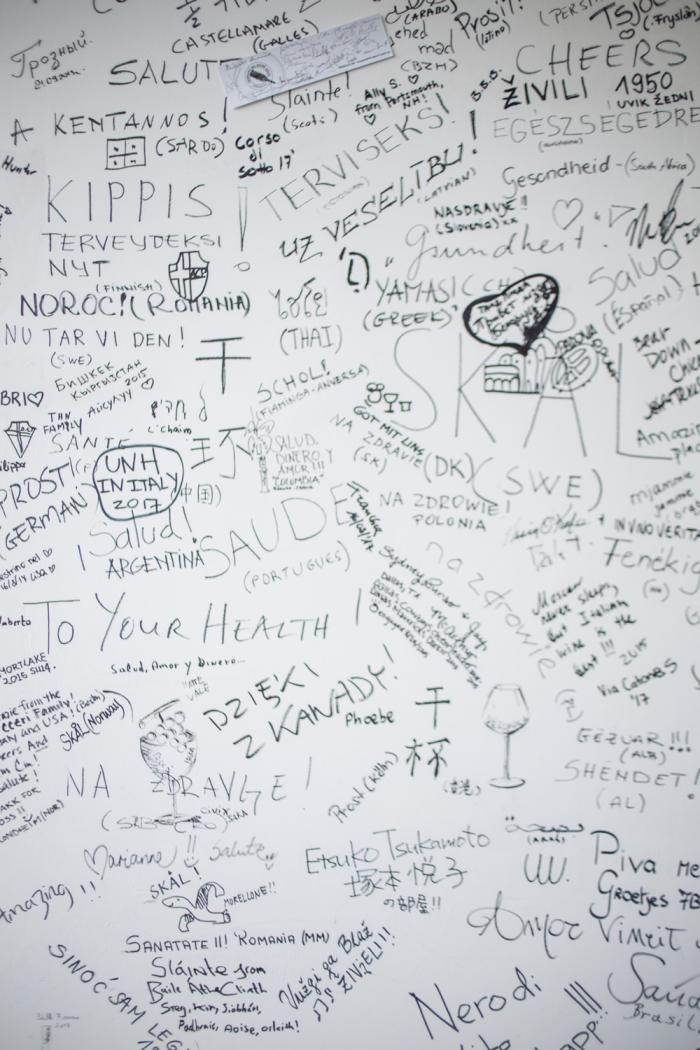 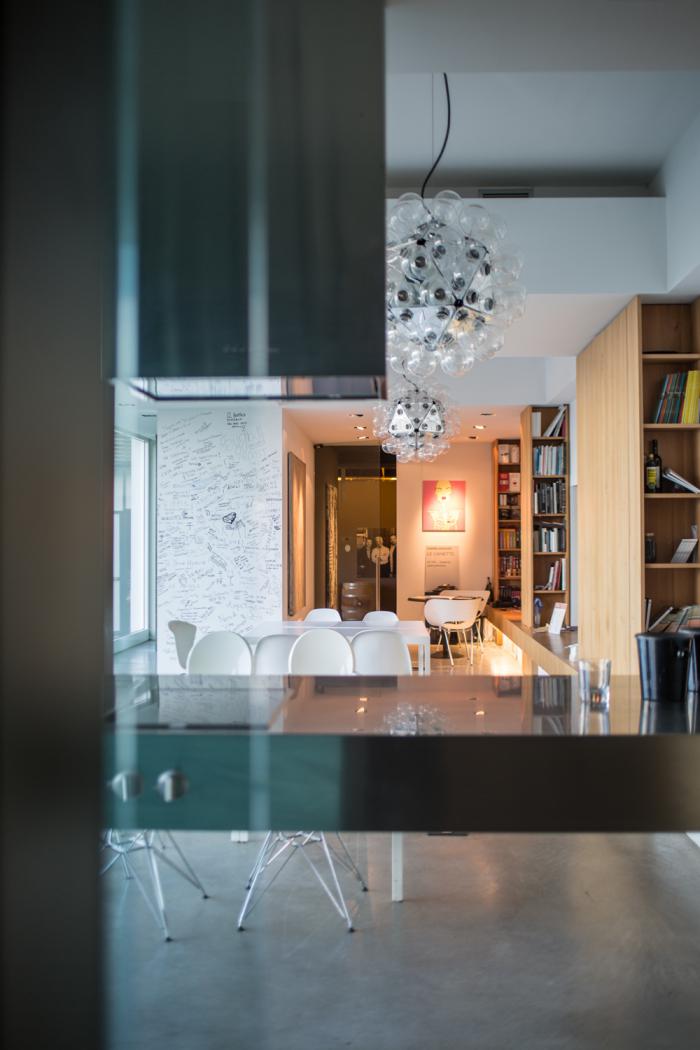 Having received accolades from Robert Parker, Wine Enthusiast, Gambero Rosso, Slow Wine and many more, the tasting room’s wall is full of recognition, whether it be from great names or simply unknown wine lovers that come here and sign their names on the wall, describing their unique experience.

Giovanni opens his Veronica, 100% Pecorino (the youngest daughter of the house) that with its tropical nose, green almond, and minerality infuses recognizability and allure. We keep going with Io Sono Gaia, one of the pillars of the estate, a wine obtained from a cru of only a half hectare, made almost golden from the aging in barrique, but with a strength and acidity that can age for several years.

Then it’s time for reds, Morellone with its spicy notes; then Nero di Vite with scents of herbs, graphite and chocolate; and finally we end with the big boy, Cinabro, the magnetic red, with French influence and Mediterranean flavors from Bordò grapes, an ancient grape variety that is a cousin of Cannonau. 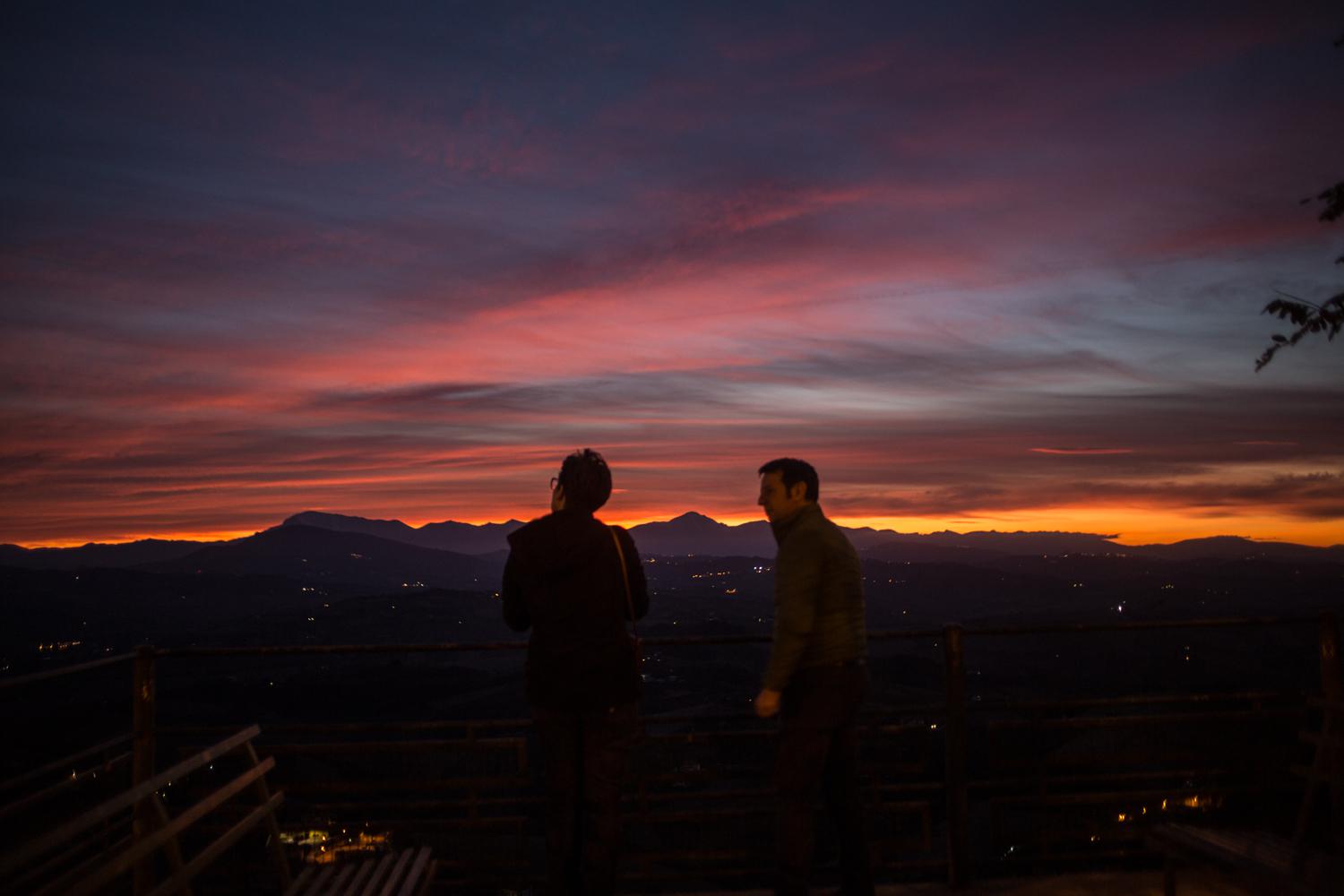 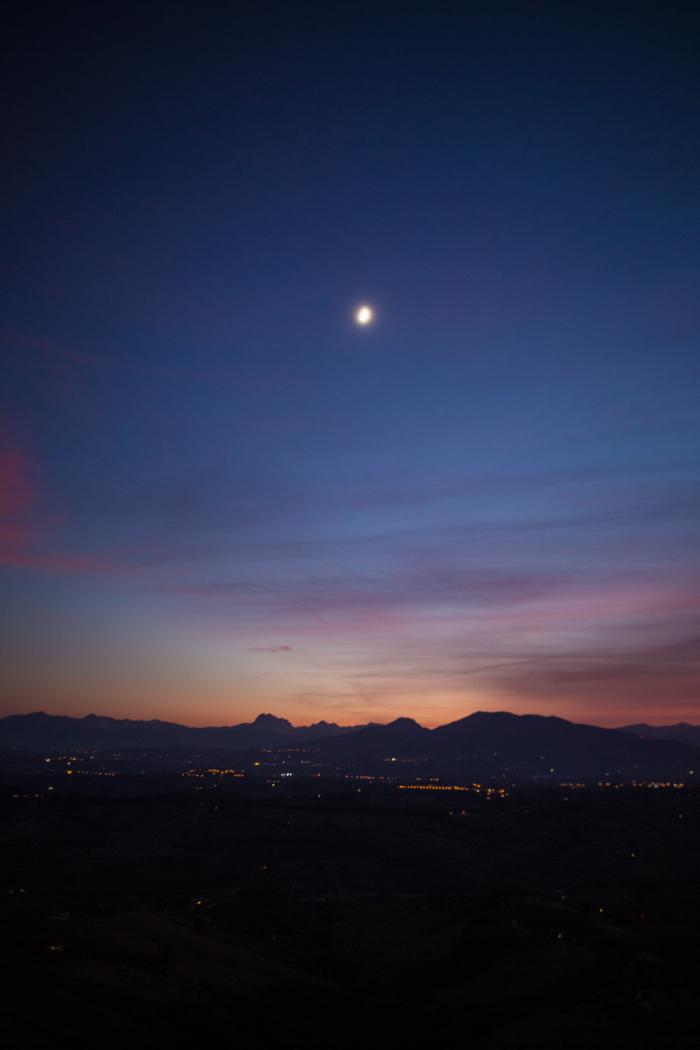 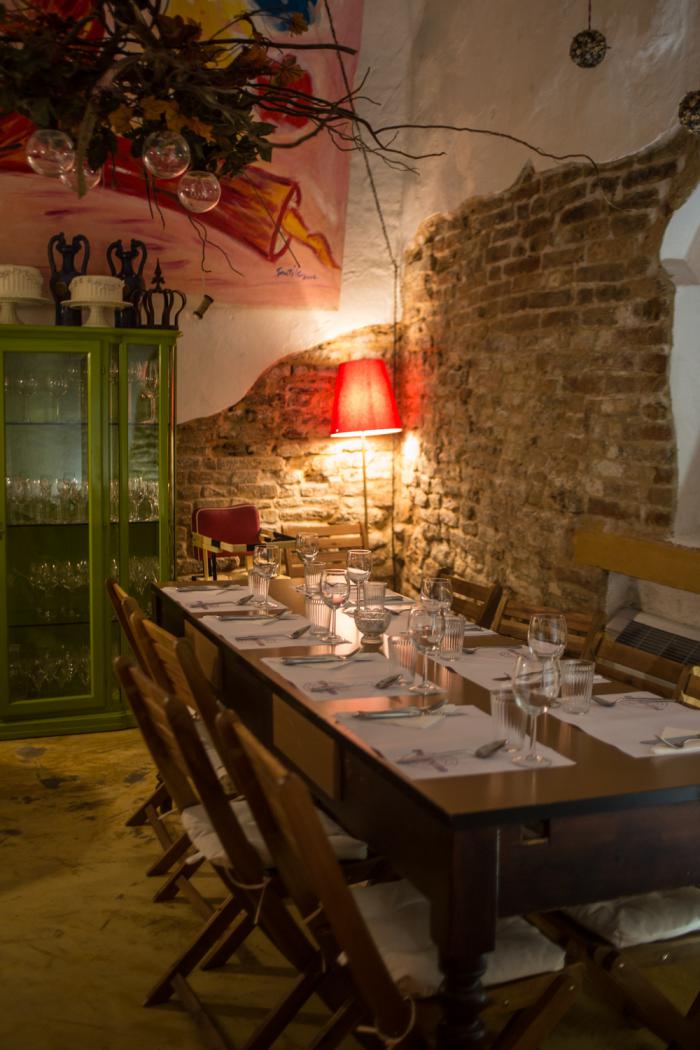 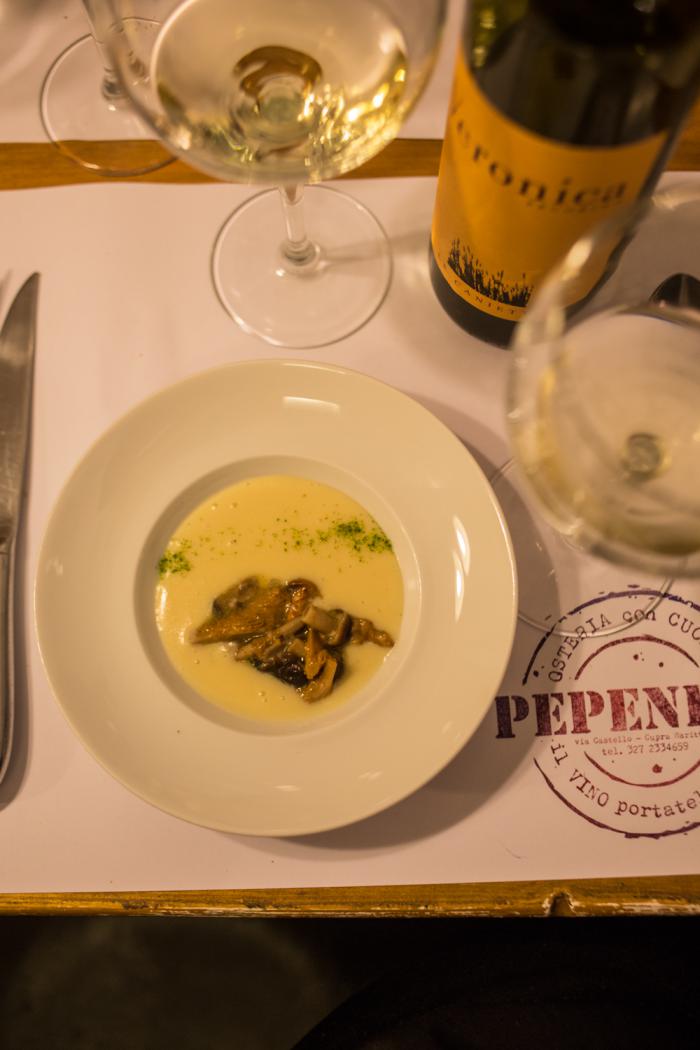 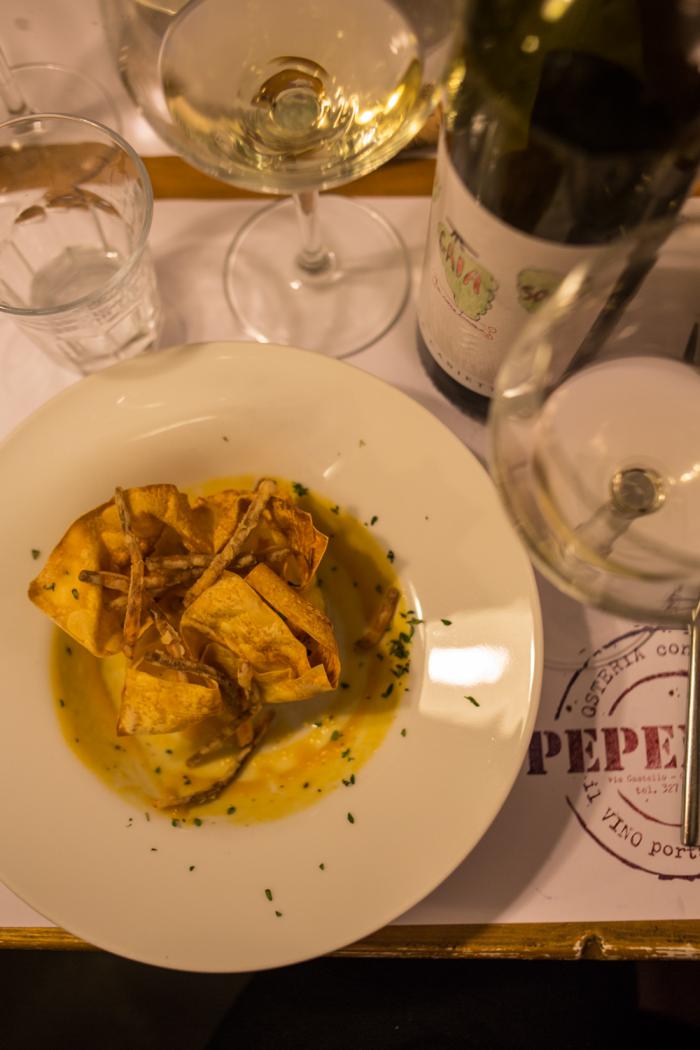 It’s almost dark, the sky gets blue with intriguing shades of purple, red, coral, yellow, dark blue and orange. Giovanni takes us to the front of his house to watch the sunset, over the ‘infinito’ as Leopardi wrote, and then we turn the car, putting that romantic and impressive view to the seaside as we go to continue the evening over dinner.

Energy, excitement, courage, curiosity. A lover of life, a proud supporter of his native land, a chronically positive man that never stops exploring and sharing his values. ...

Many call it the Barolo of the South, so intense and structured that it is even referred to as one of the great undiscovered wines of Italy. For those of us who are a fan of rustic, earth-driven wines...