One of the few female winemakers that expresses Barbaresco at its best.

Hills stretch as far as the eye can see, medieval villages and ancient castles perched atop their peaks, a succession of gentle slopes planted with rows of vines which create lively shapes. This is the magnificent scenery of Langhe, and today we discover one of its most jaw-dropping areas: Barbaresco, together with one of its key boutique producers, Cecilia Monte. 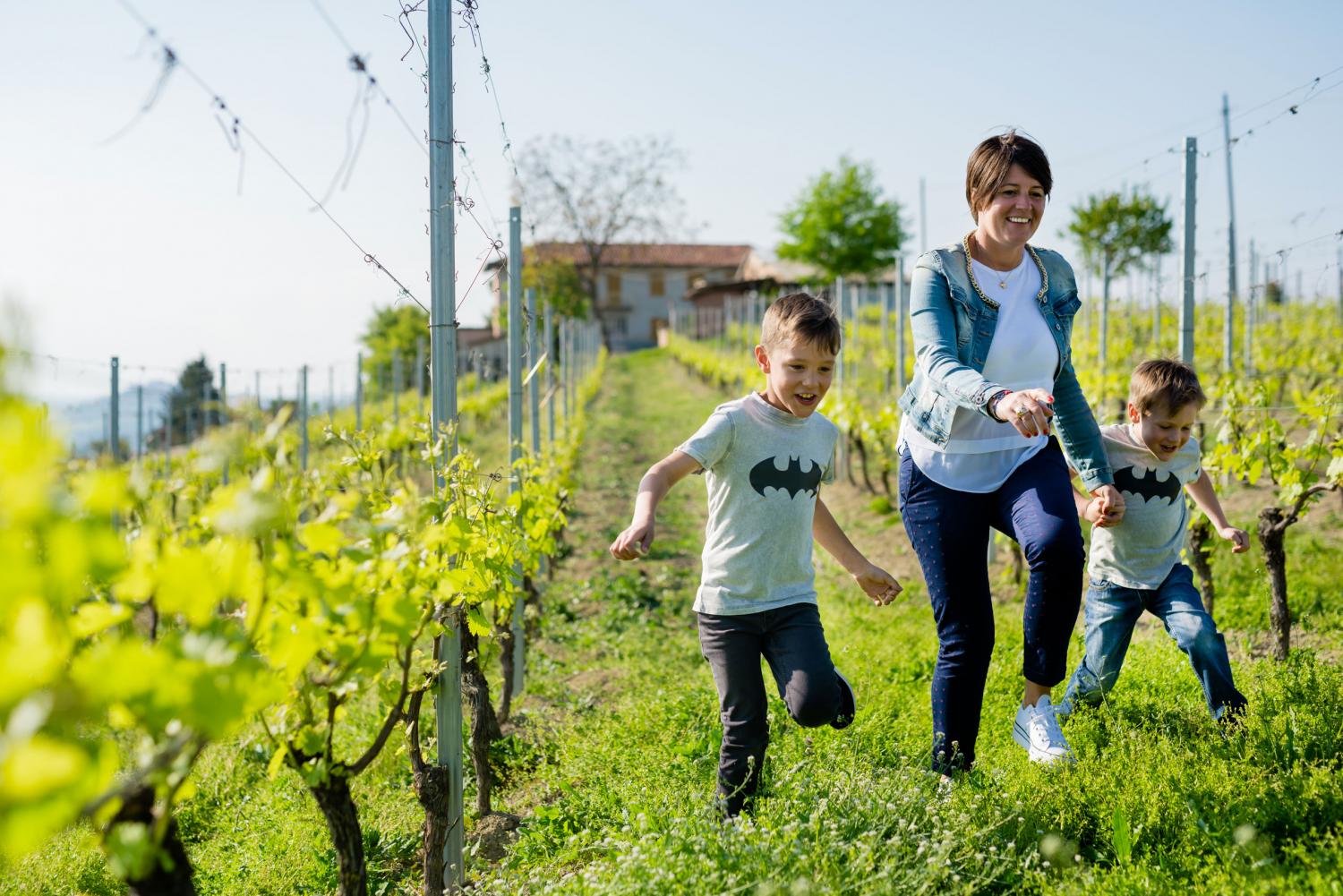 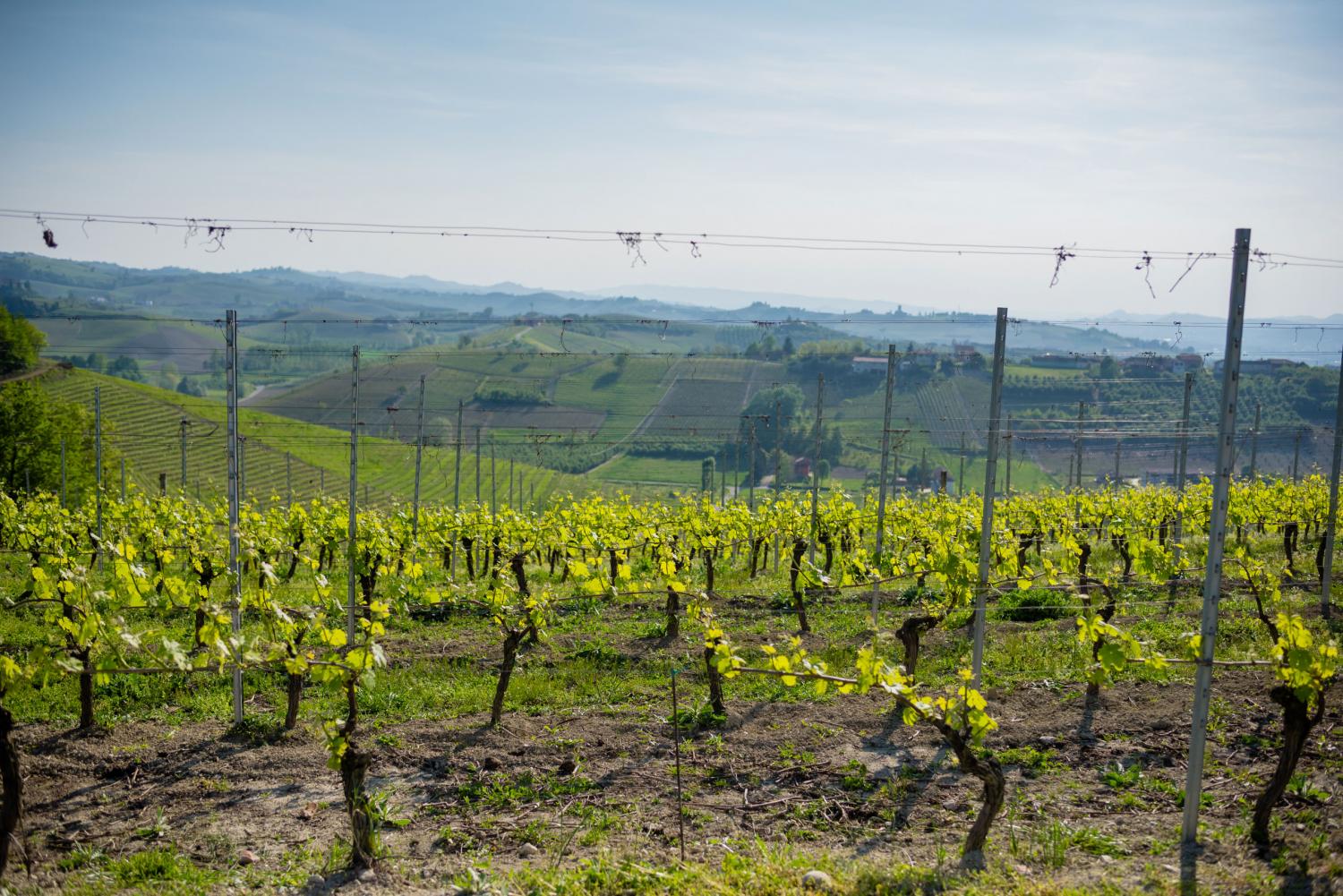 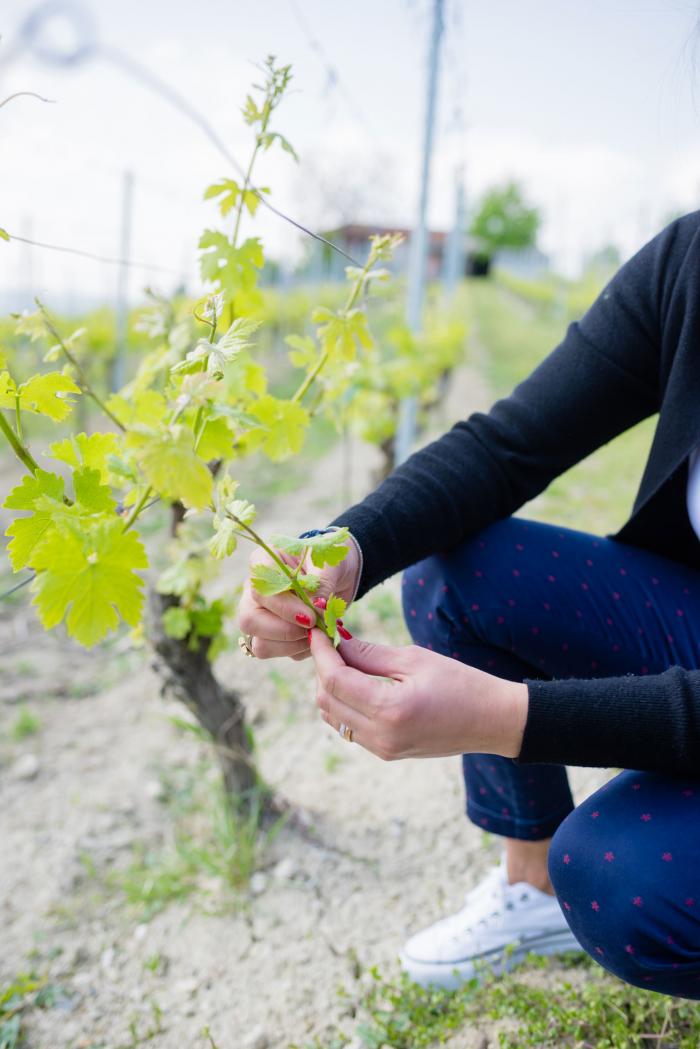 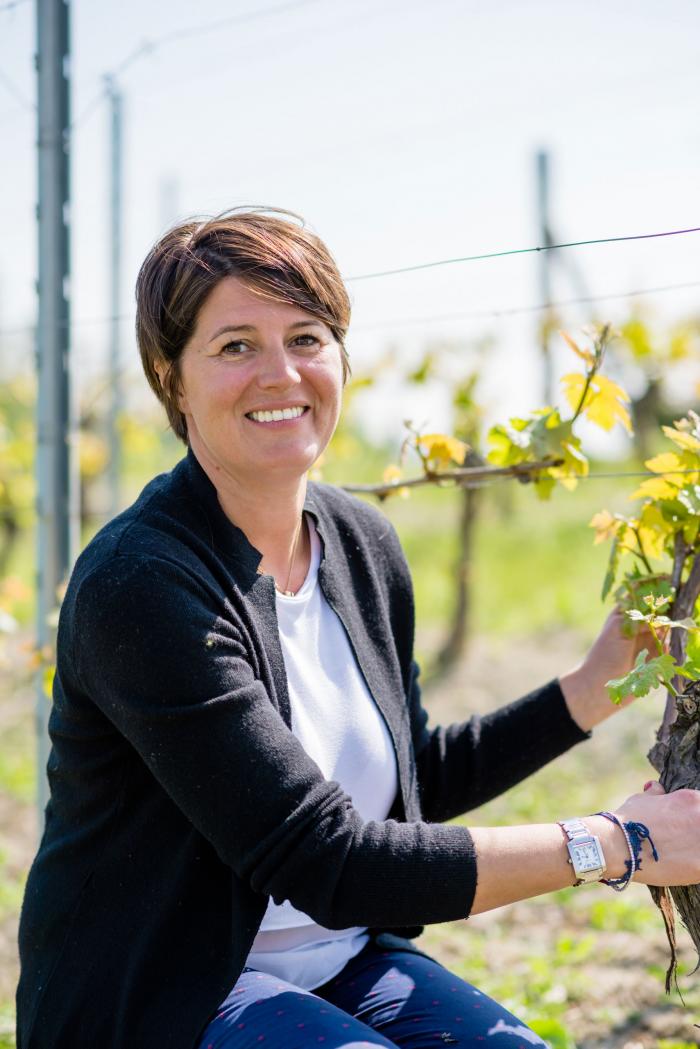 What makes Cecilia’s Barbaresco wines so unique? It’s not just that Cecilia is one of the few female producers in the area, but also the ‘cru’ Serracapelli, a delicious, juicy, yet big, austere Barbaresco, one of the best representative wines of this magical piece of world. 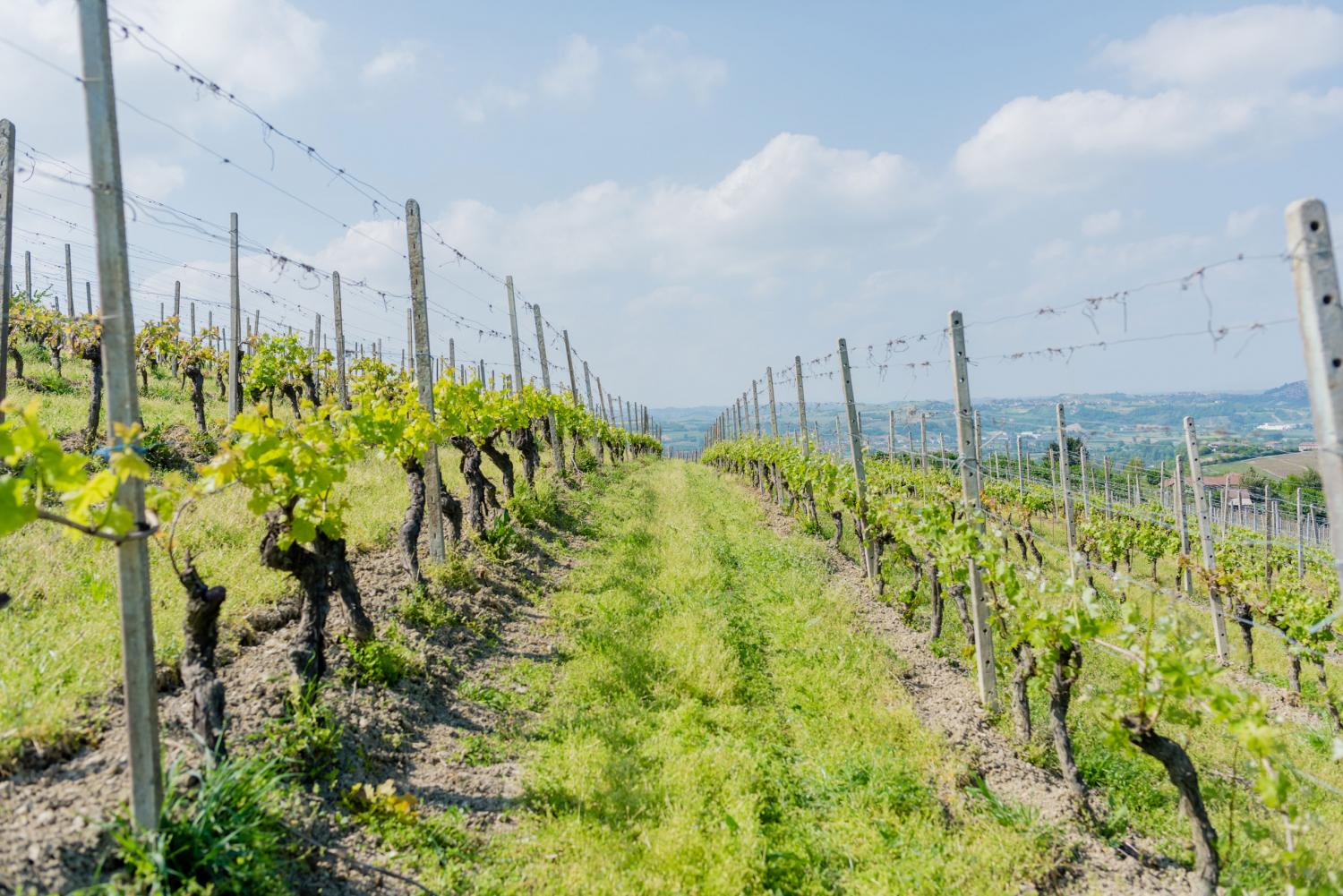 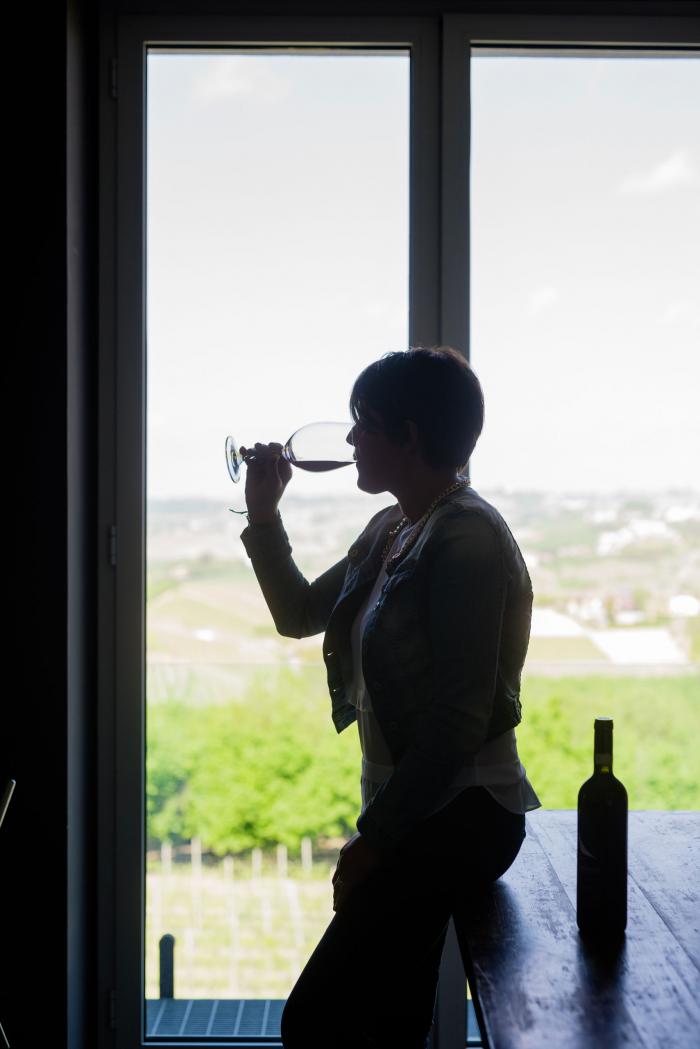 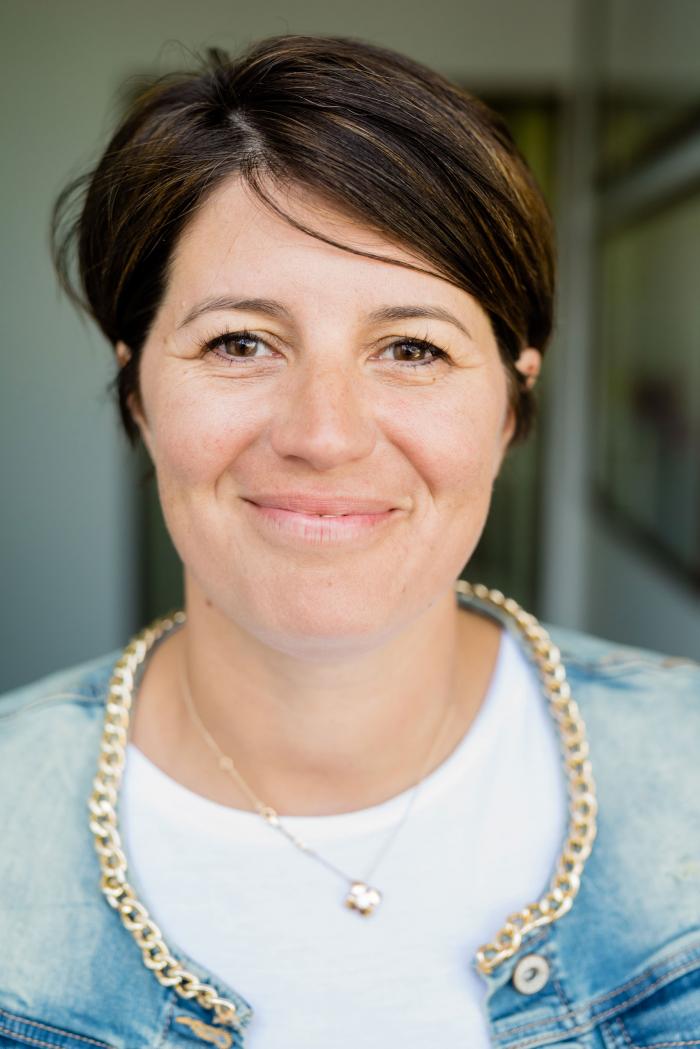 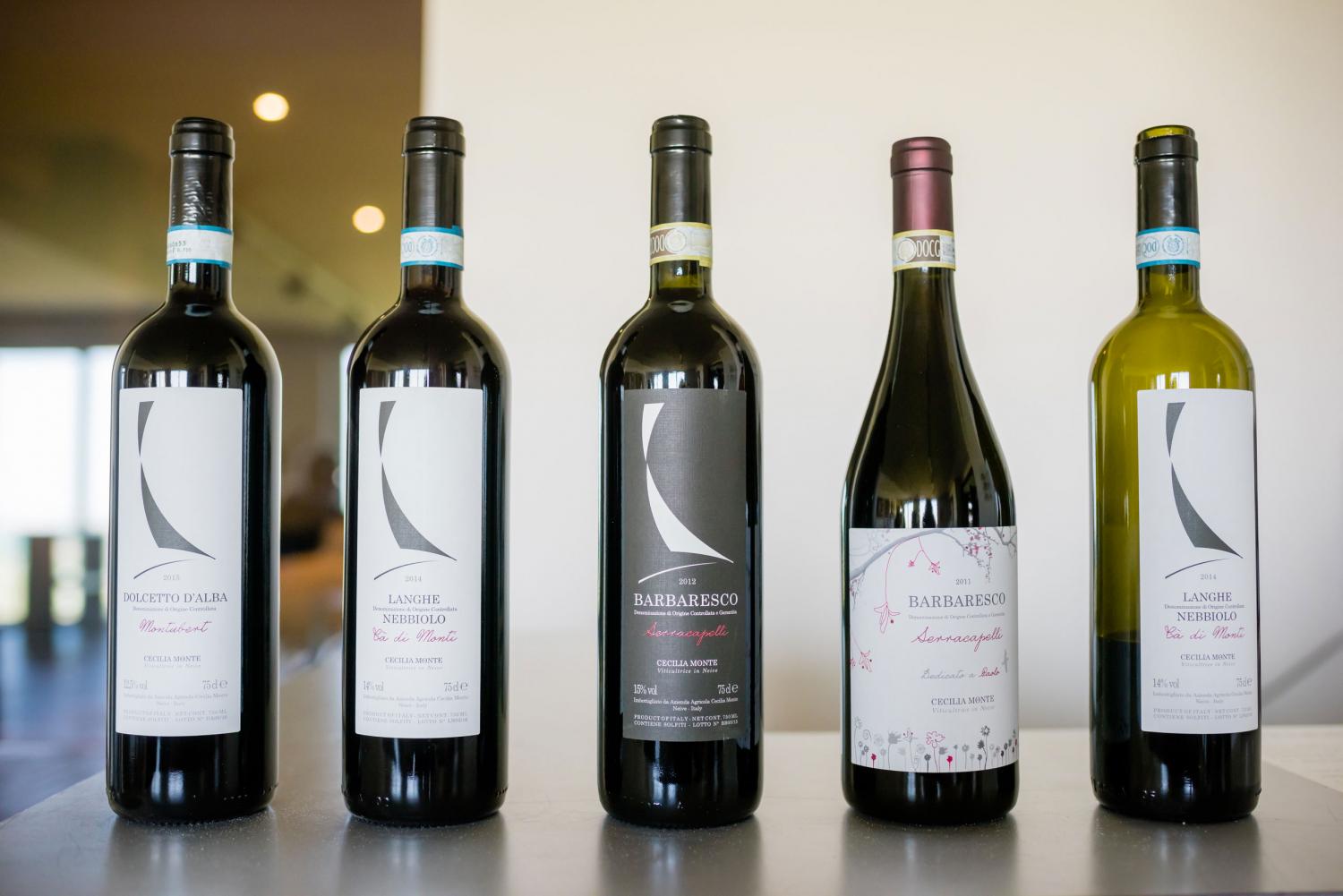 The estate is located at the northern limits of Barbaresco, about 300 meters above sea level. It is an area still rich in natural biodiversity. It authentically represents the scenery and the vineyards in which you can admire the work of Cecilia. Wines drawn from the fruits of these vines are distinguished by a number of peculiarities, including a refreshing balsamic quality that characterizes the sensory depth, along with an ever-present structure; the latter being the reason Barbaresco possesses an uncommon aging potential. And in fact, Cecilia Monte’s Barbaresco comes on the market two years later than normal. The resulting wine is elegant and its color is typical of the traditional nebbiolo varietal, taking on a brick-orange tinge at the rim of its blackish ruby body at a relatively early point in its long life. Cecilia gently walks among the vines, engaging in the daily tasks and commitments that come with running a small but super well-equipped boutique winery. The varietals present in the vineyards are typical of the area—Dolcetto, Barbera, and above all, Nebbiolo—with some plots that are now 50 years old. 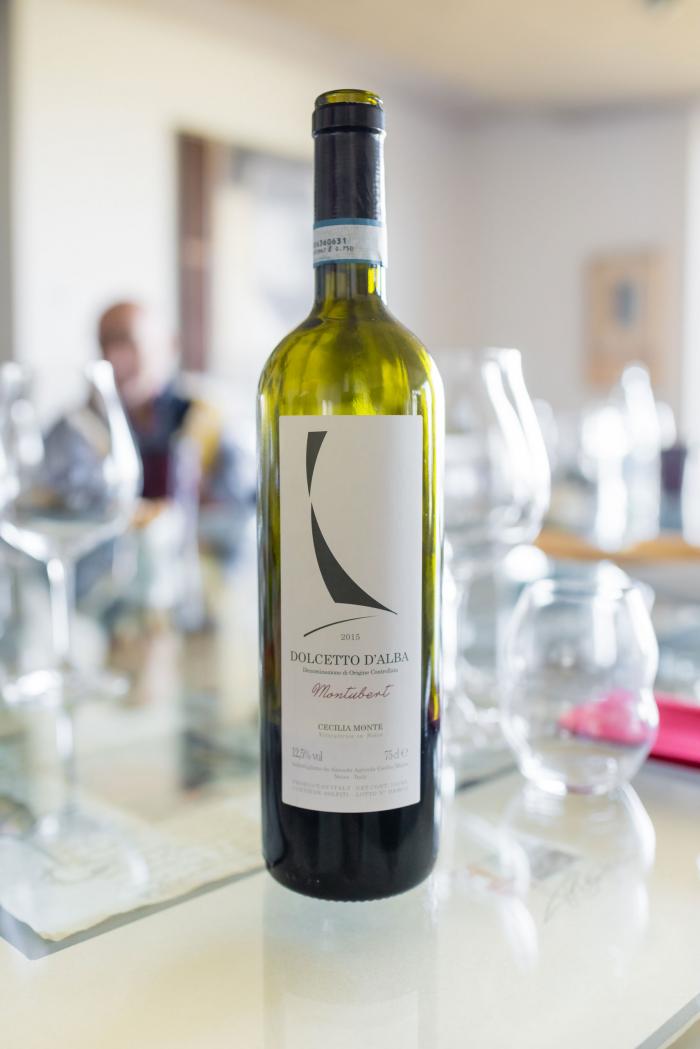 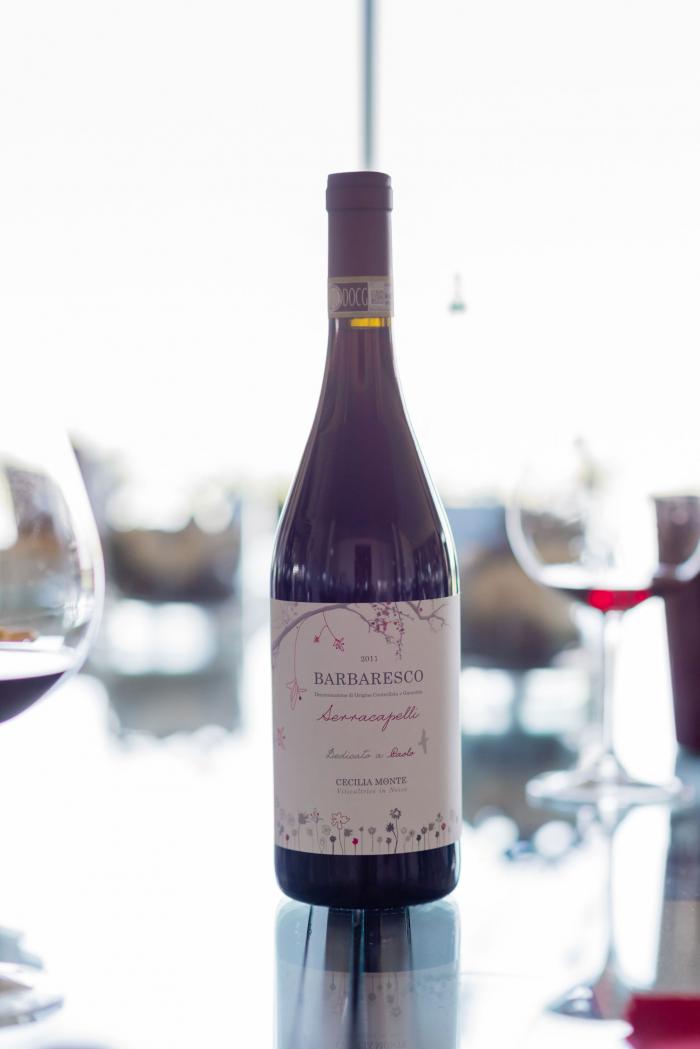 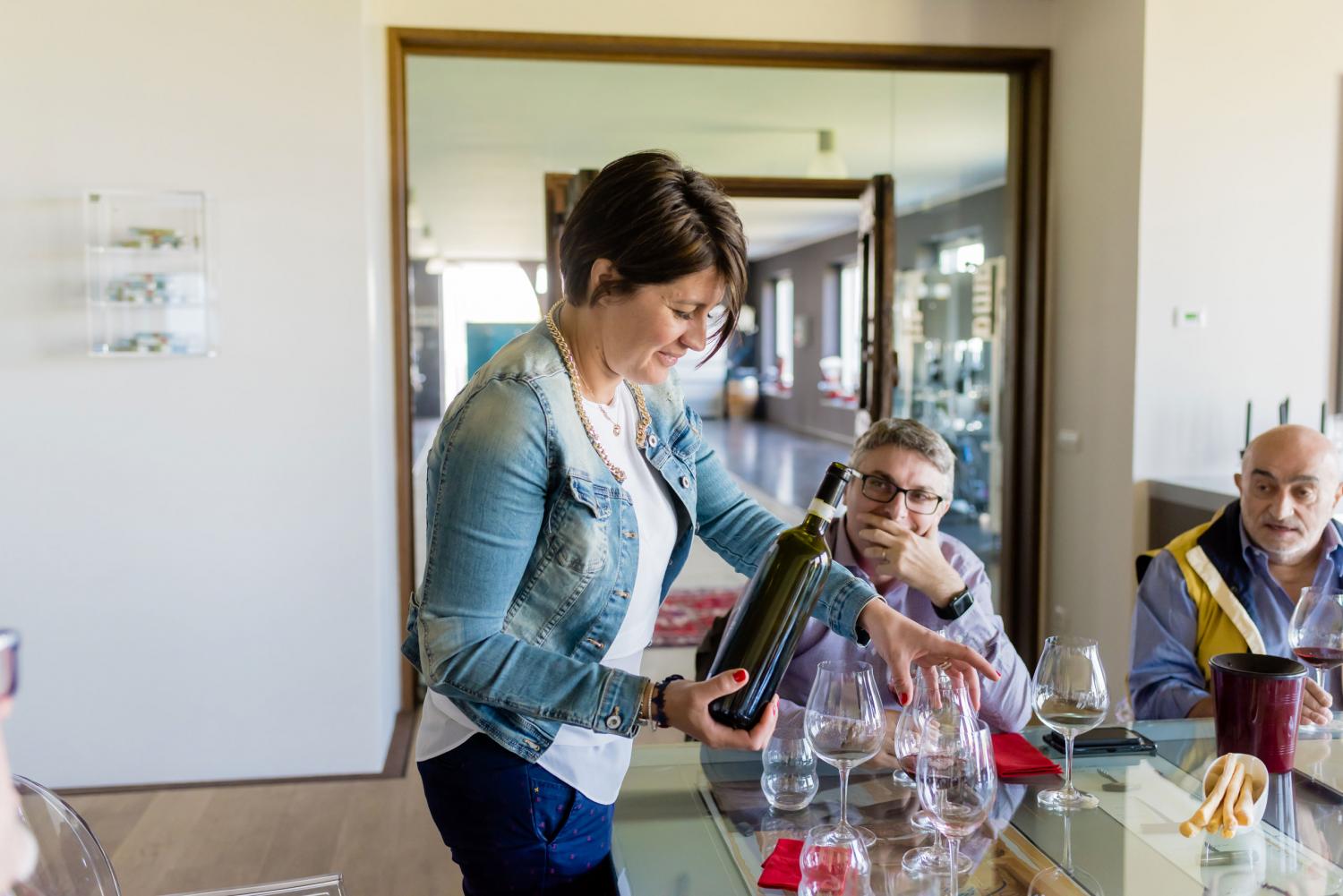 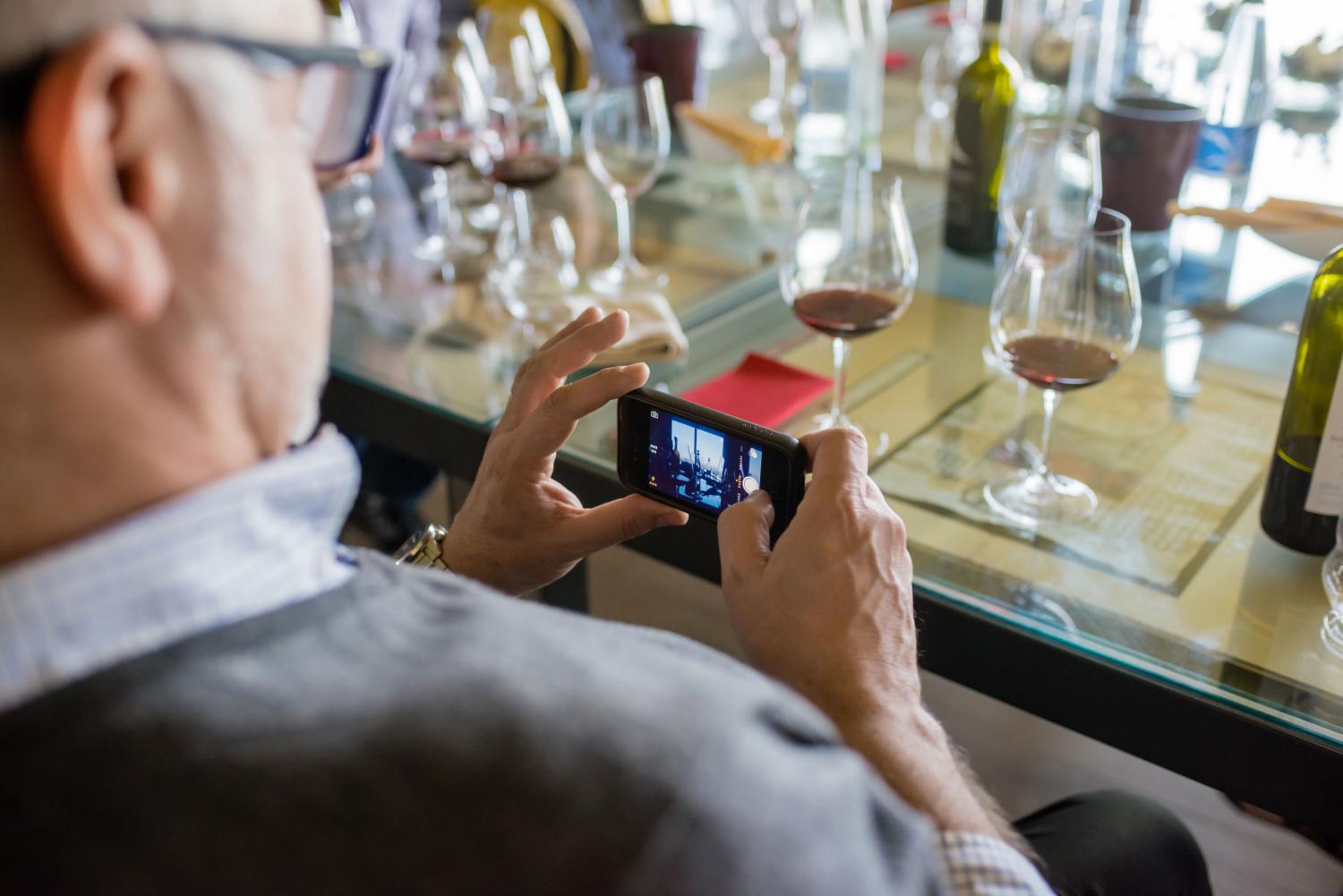 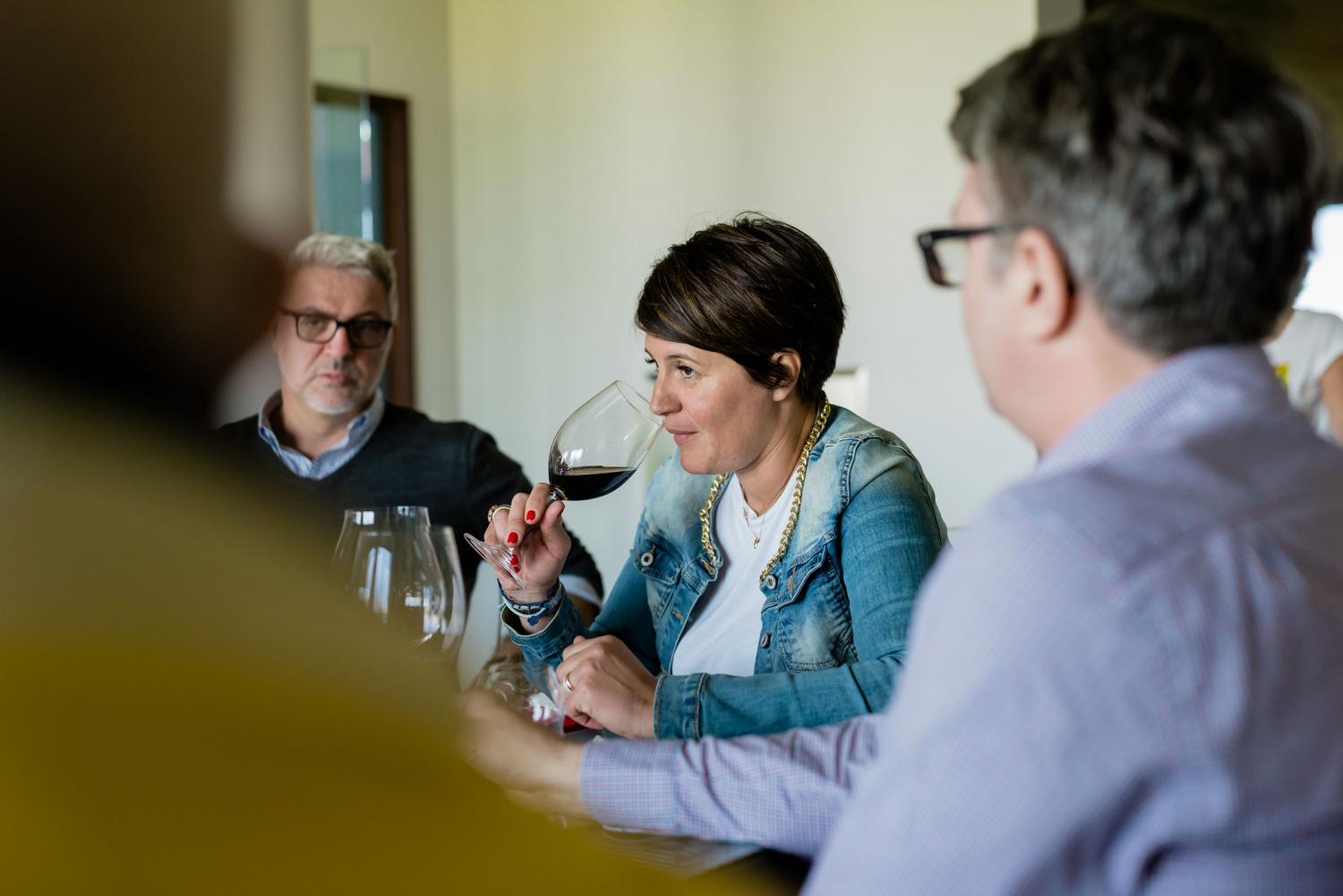 The rooms that host the wine cellar and refinery are particularly well tended, as is the tasting room, overlooking a spectacular view of the Langhe. Cecilia herself describes that, “the particularity of my cellar is that I wanted to interpret my workplace as my home. The choice of materials to put in the cellar are domestic ones, of course, adapted to the needs of winemaking. The impact is welcoming and the lights are warm; the completely black parts of the inside wall facing the vineyards show a wide and spectacular view of the landscape which one can enjoy outside.” We are inside tasting her Barbaresco, as if we could be in her kitchen, or just seated outside smelling the aromas of the grapes. It’s an all encompassing and seamless experience. 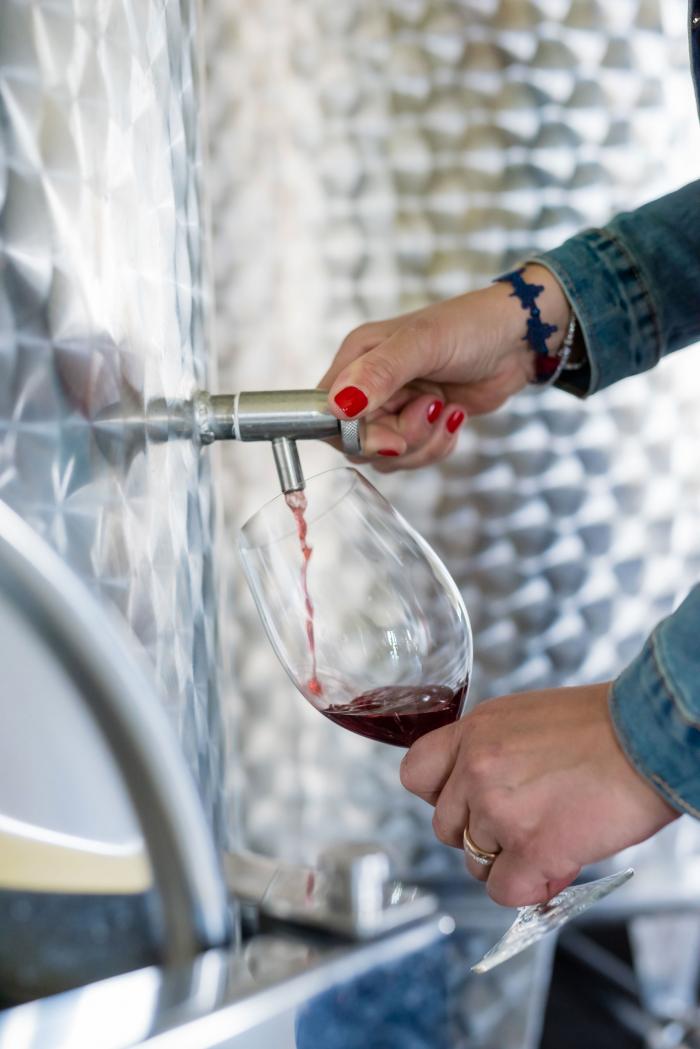 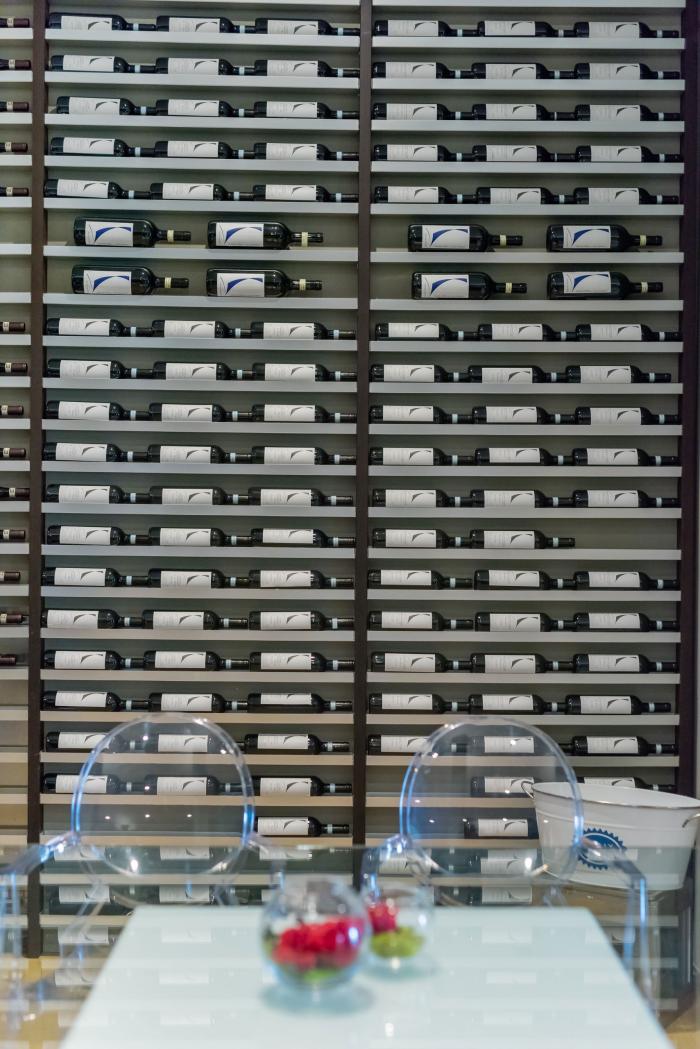 And we took this to heart as we gazed over the hills, which intertwine repeatedly, and the vineyards, which cover almost every square inch, dedicated to the production of magnificent wine. Is there any better way to end our day than with a friendly soccer game with Cecilia’s two sons and our Andrea Fassone?

Gooooaaaaalll !!! And, of course, a glass of Barbaresco! 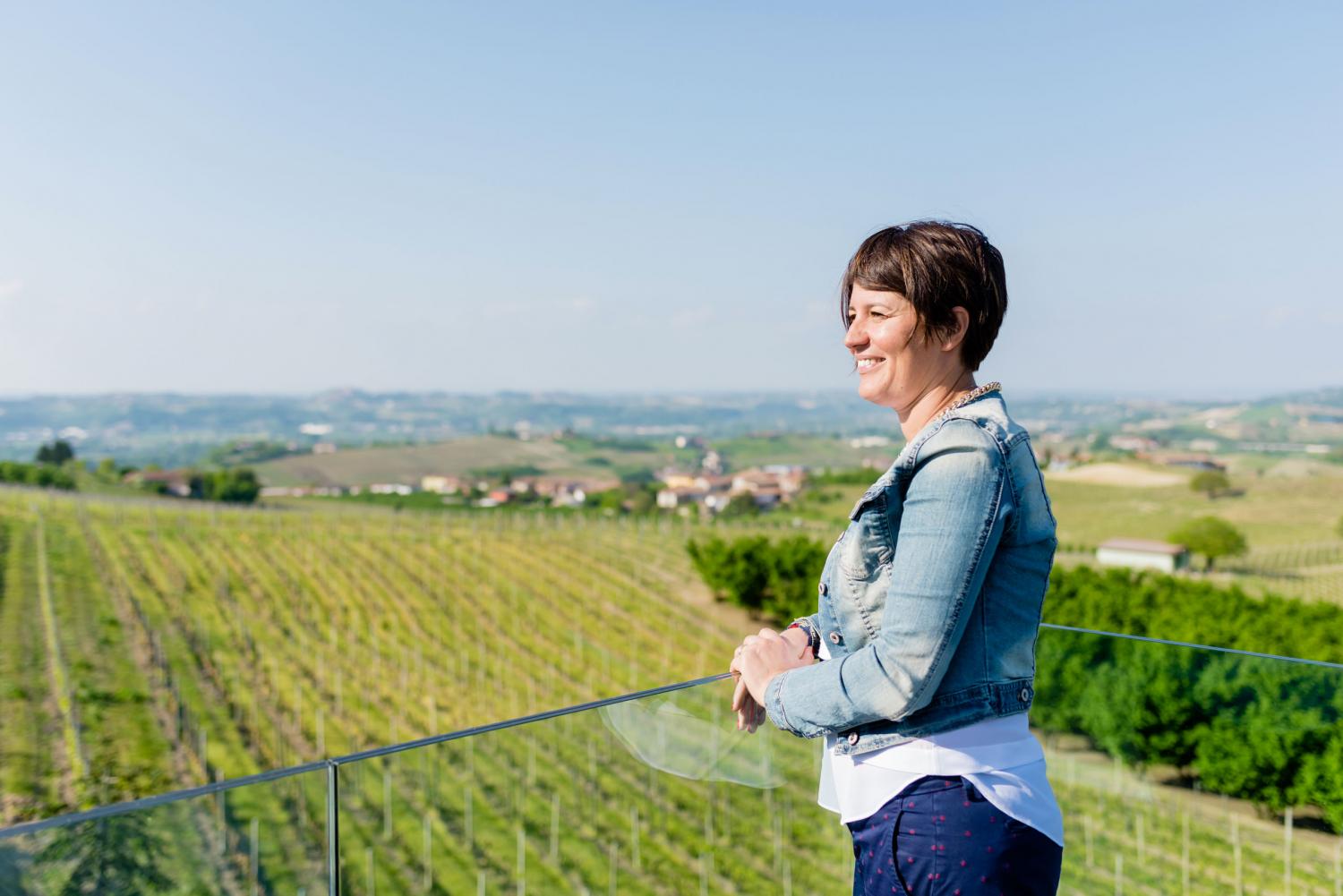 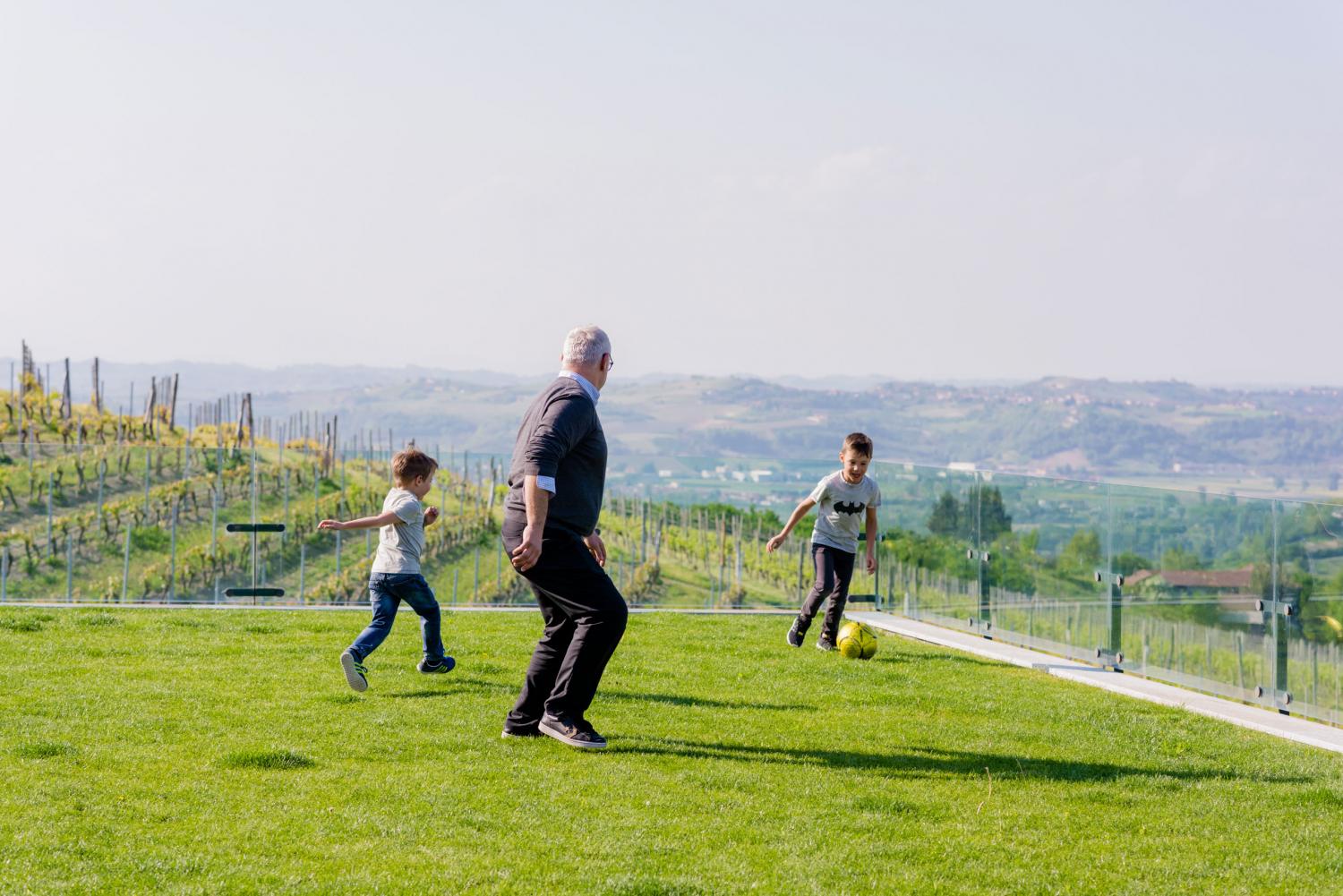 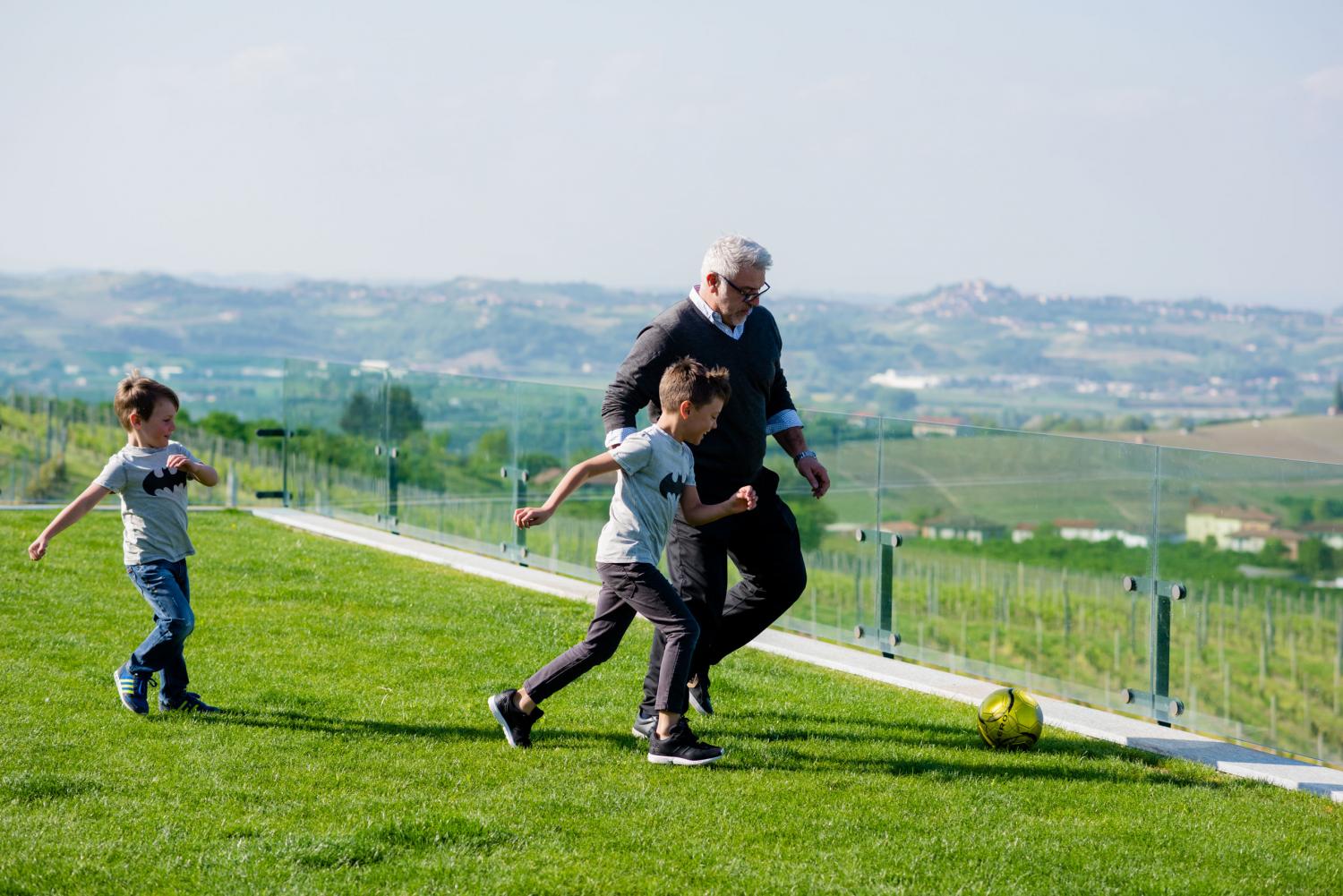 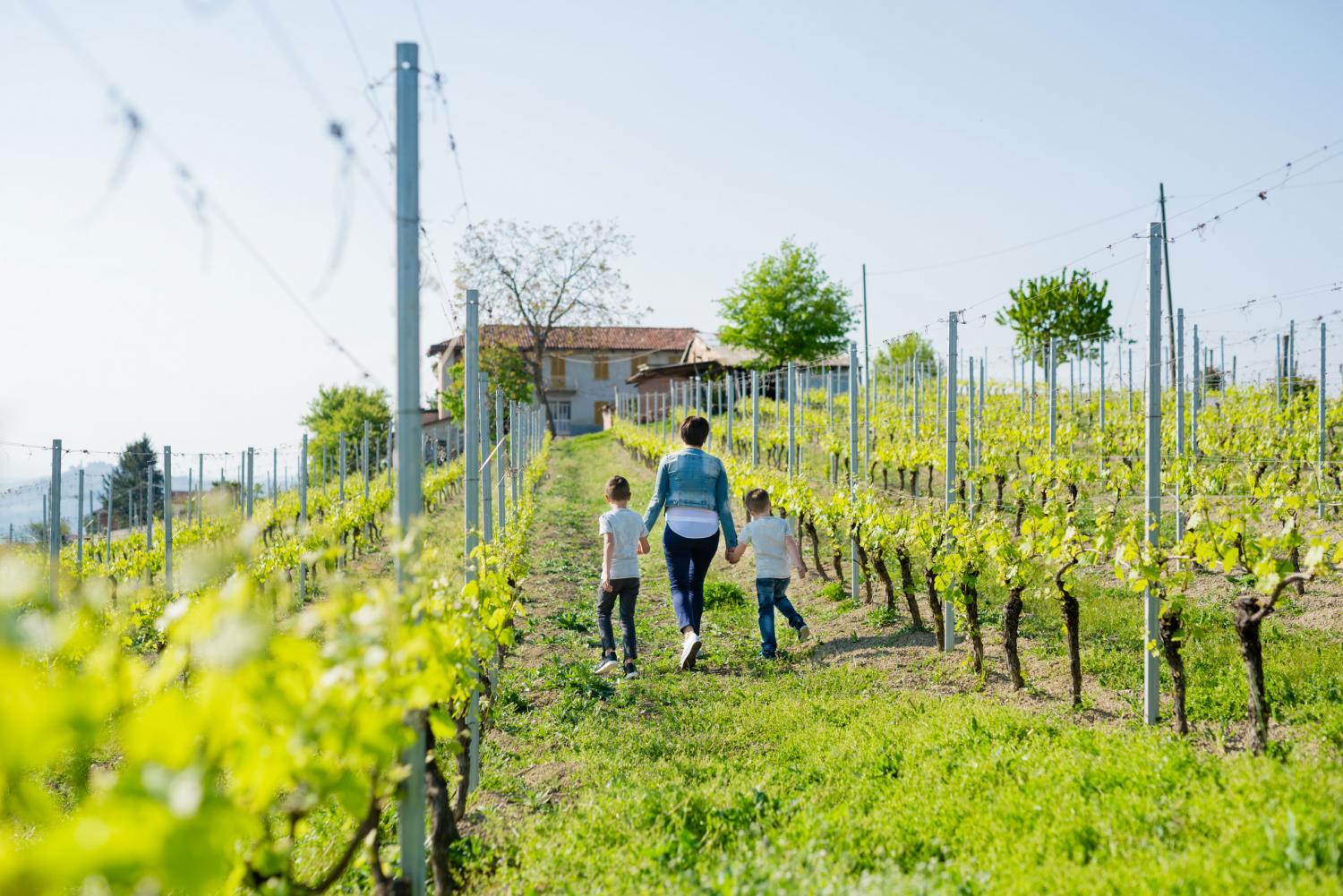 A rustic backdrop of Roero with Dino and Pietro, two brothers that love their land and working it....

Drinkability, style, energy and green values. This is the story of a man that is expressing and sharing his dream through his wines....