The Volpetti family winery is situated on the gentle volcanic slopes of the Colli Albani region just south of Rome. Though the family has been making wines since 1958, wine production in this area of unique indigenous grape Cesanese dates back to the Roman Empire. 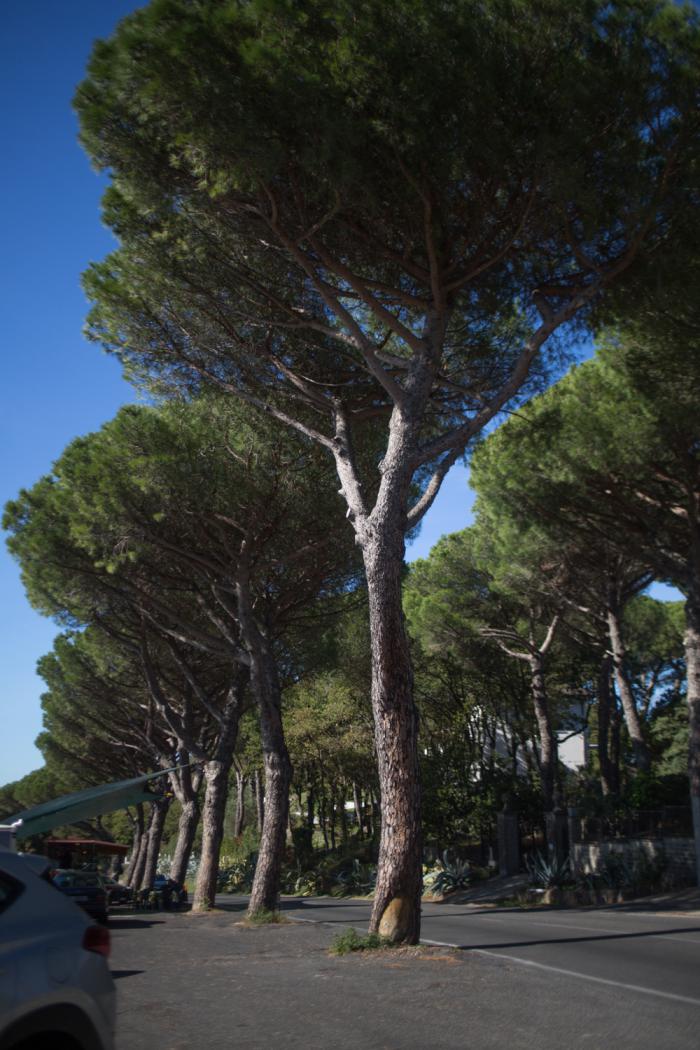 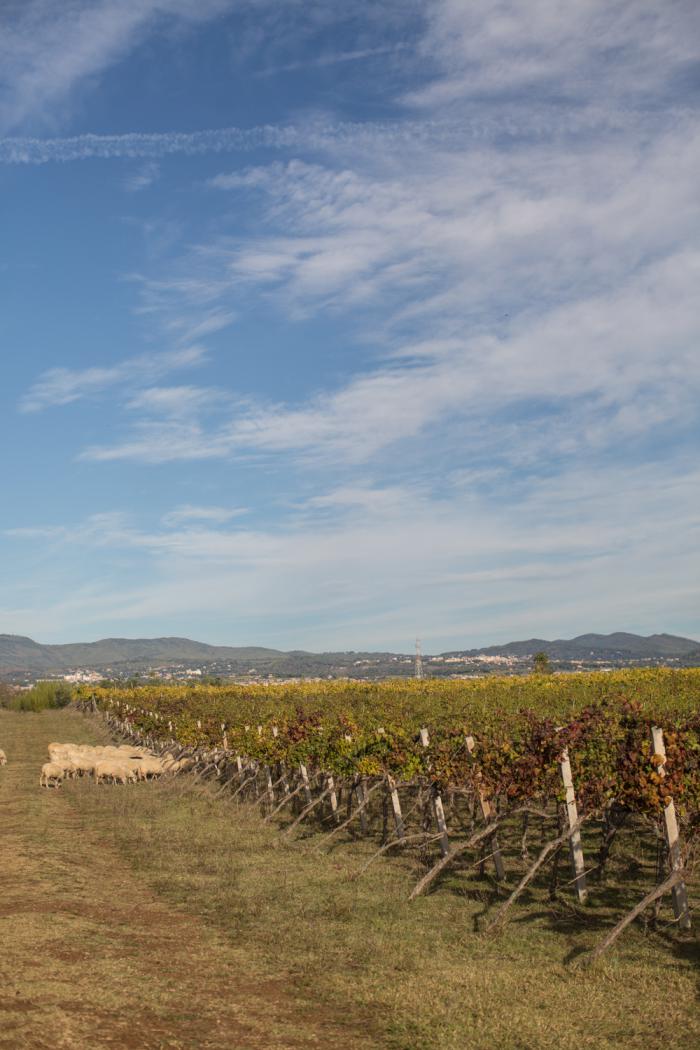 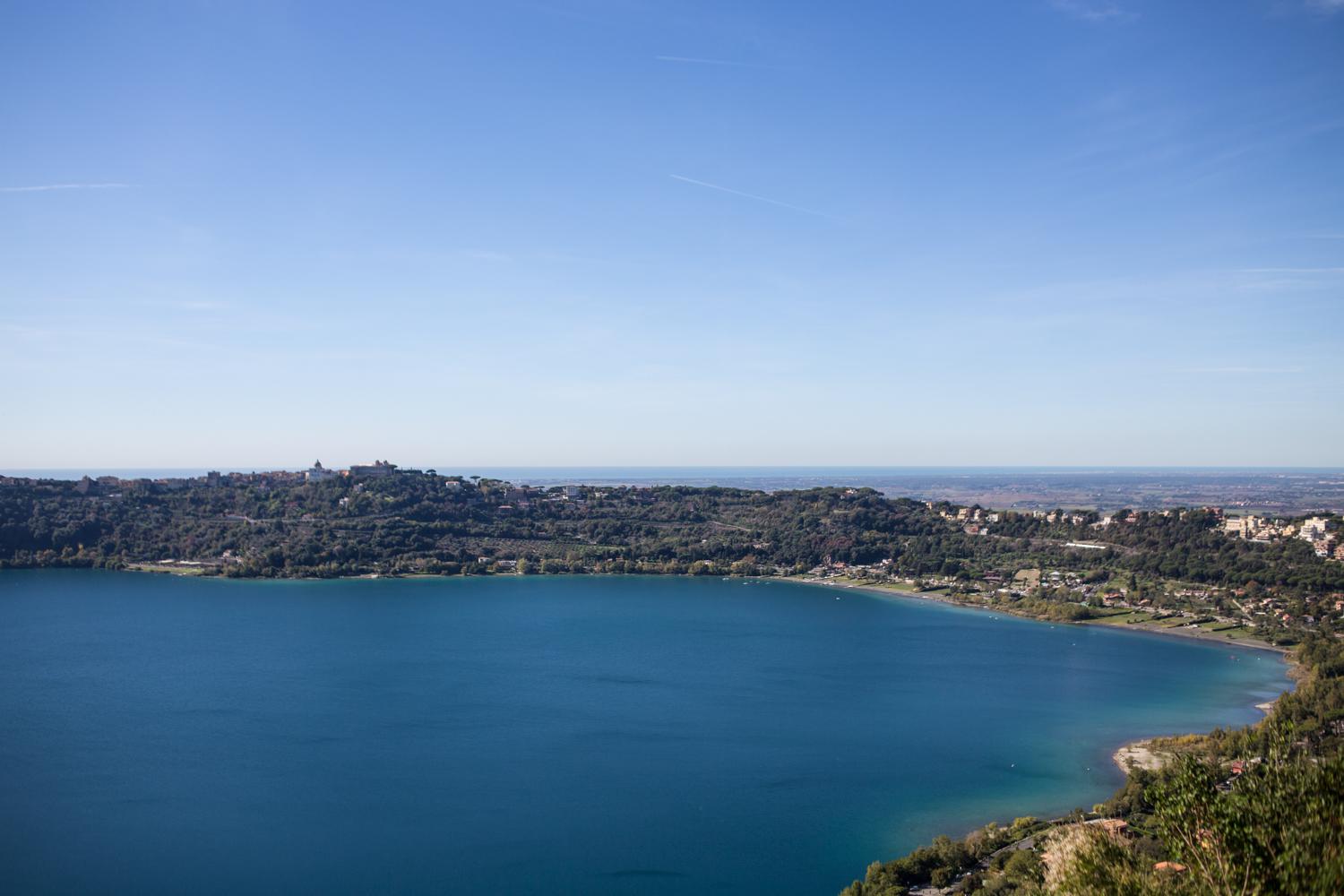 Rome is the cultural and spiritual capital of Italy, the sprawling metropolis depicted in innumerable silver-screen fantasies. Through almost 3000 years of vivacity, creation and destruction, the only thing that has been more ubiquitous than sculptures and pottery is wine. The ancient Romans lauded the heavenly nectar and the city’s contemporary inhabitants joyfully uphold that very Italian tableau of wine, man, fashion and art. 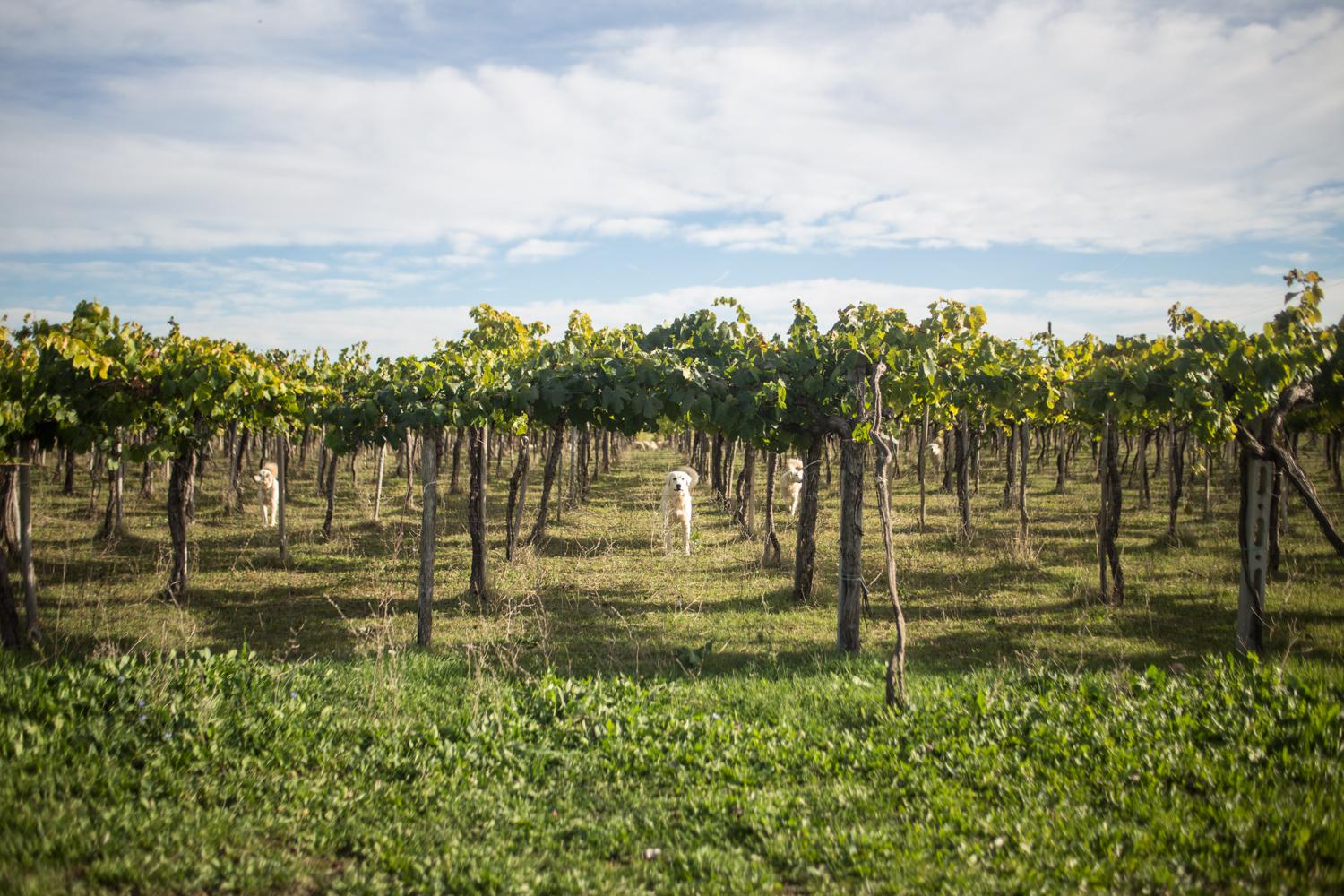 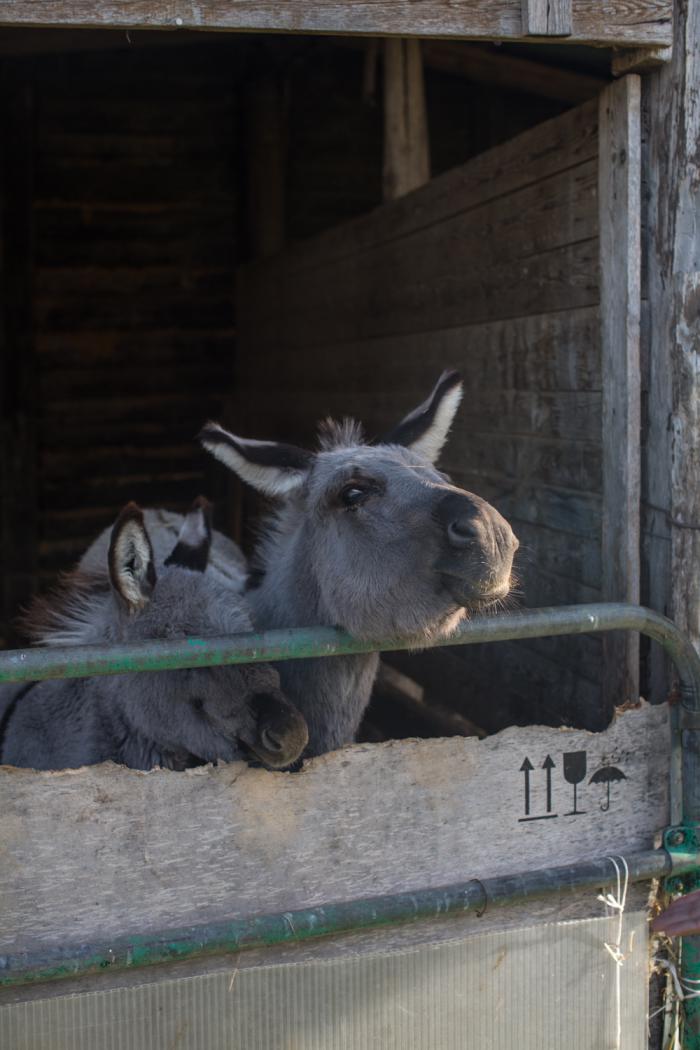 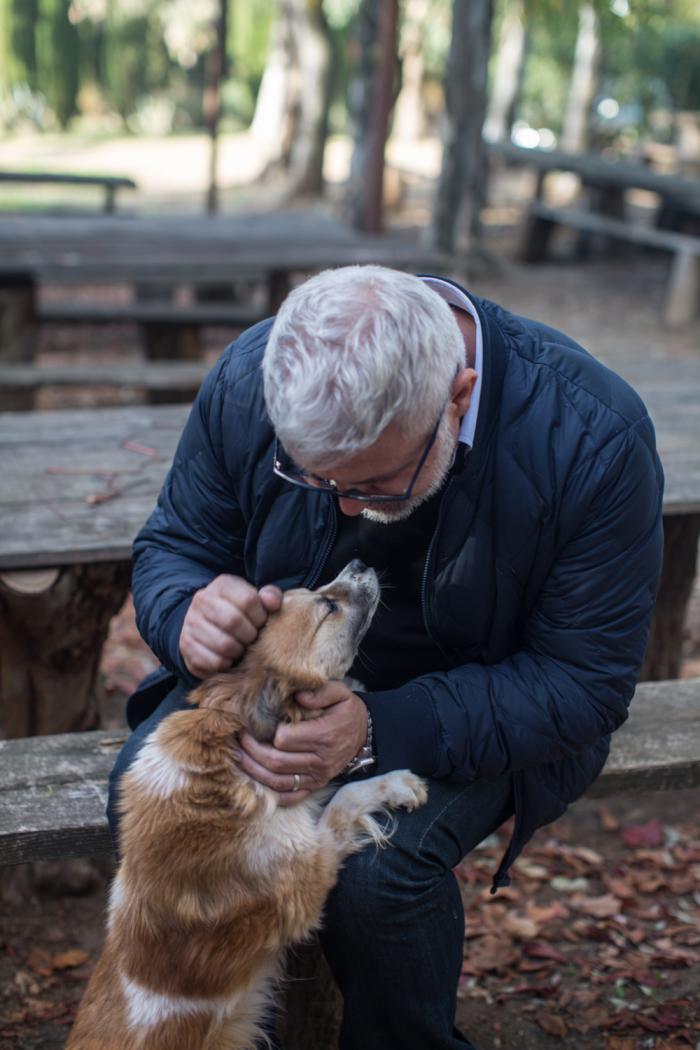 Lazio, Rome’s region, is an extended flat plain that begins to creep higher in altitude as it stretches towards the center of Italy. Long before the region spruced up its white wine making techniques to make the thrilling Malvasia and Trebbiano blends we know today, the Romans were tending the indigenous black grape Cesanese, and it is in the pursuit of this indigenous grape that we venture inland in search of Cantine Volpetti. 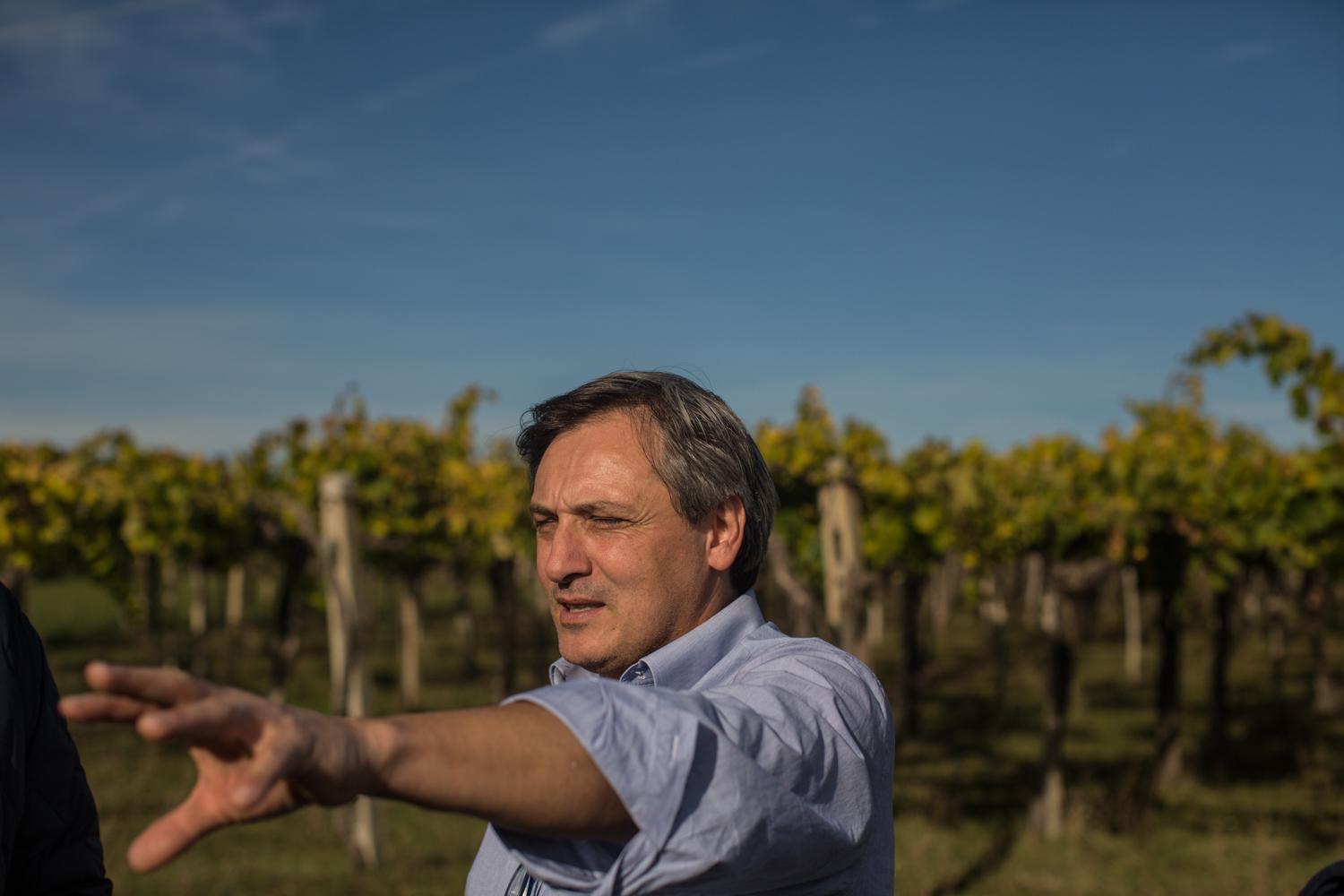 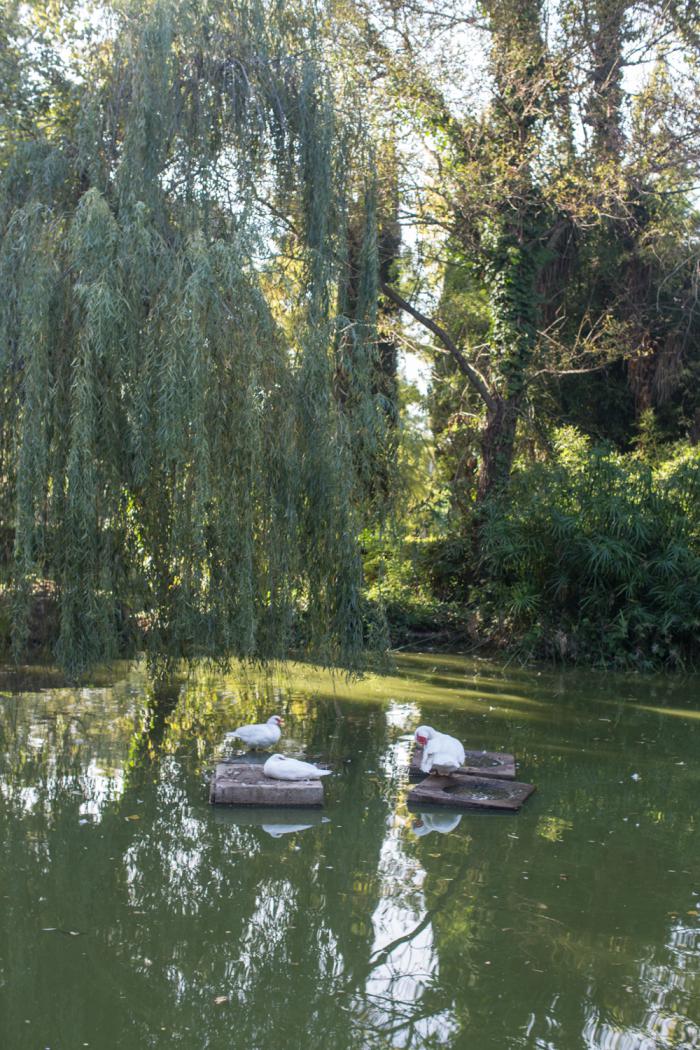 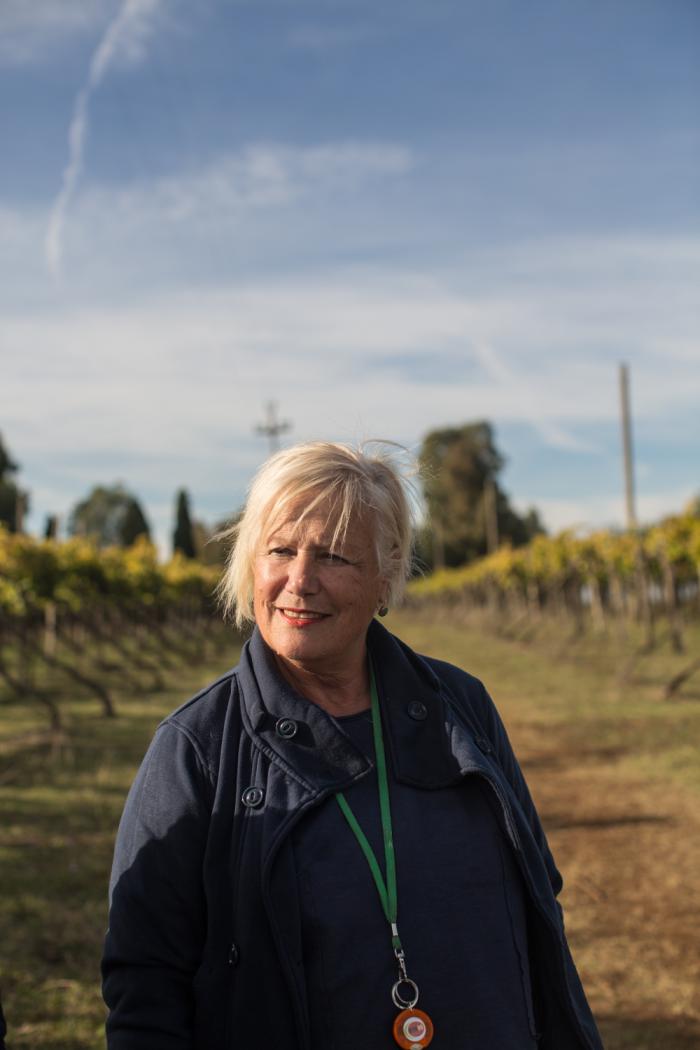 Rome is only 17 miles away, but it couldn’t seem more distant as we pull up the driveway to the Volpetti estate. Nestled in the Colli Albani (Alban Hills) and 2 miles from the ancient azure volcanic crater lakes of Lago Albano and Lago di Nemi, the Volpetti family certainly chose a blessed location in 1958 when they set up their small-scale winemaking project.

The estate is a working farm and wildlife is everywhere. Horses trotting around small paddocks, ducks languidly paddling in the pond, and a hundred or so shaggy-coated sheep grazing in a pasture. Mauro Volpetti and his wife are the current custodians, taking care of everything alongside their modest agricultural team made up of local workers from Lazio. Mauro has been directing the project for 35 years and has worked to develop the estate in both scale and quality. 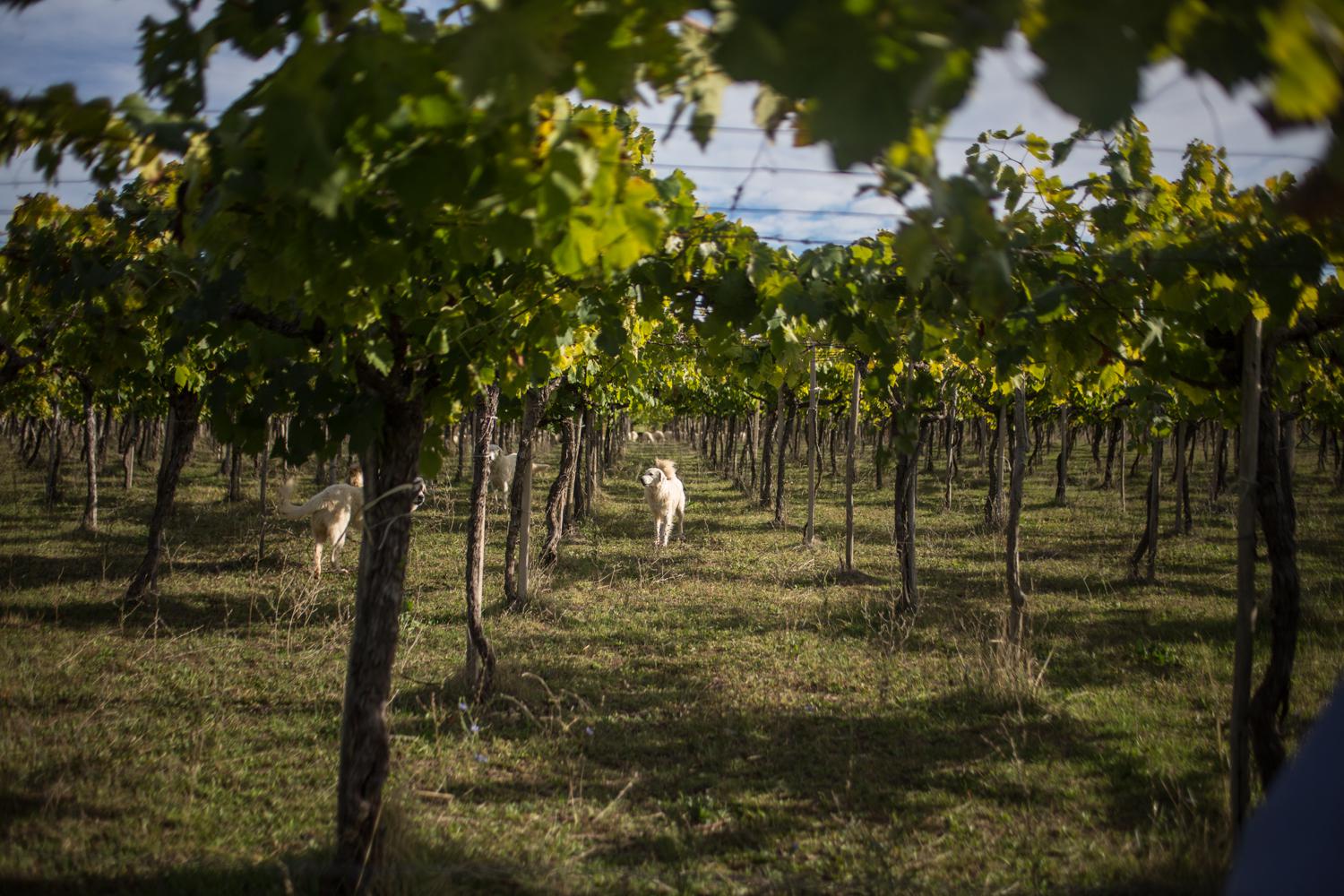 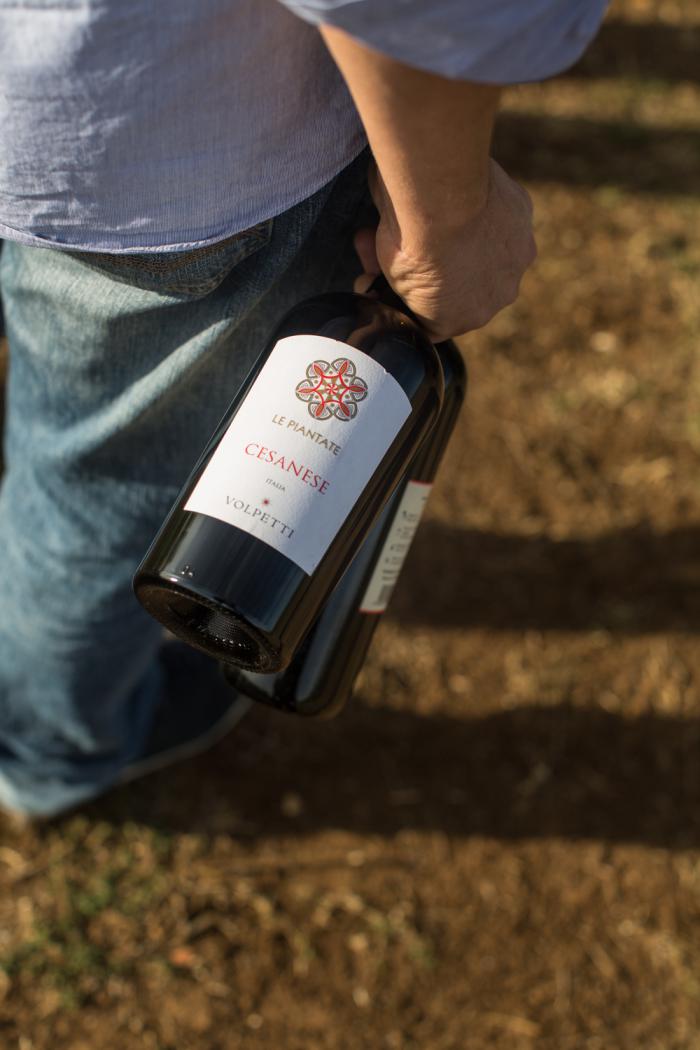 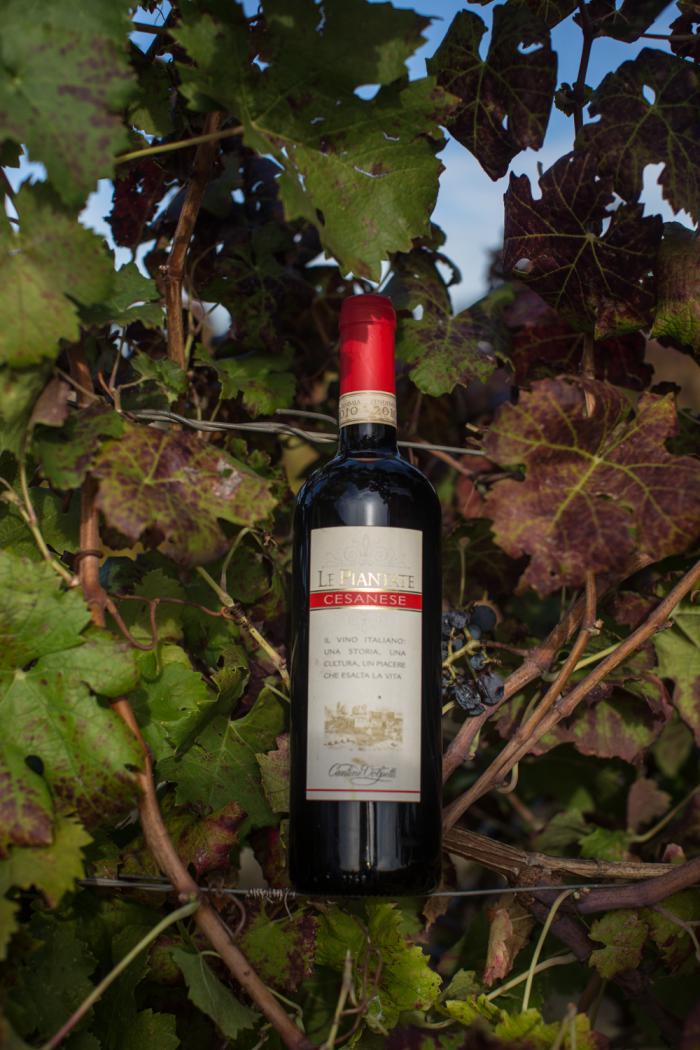 We head towards the vineyards that produce the grapes we have heard so much about. According to an amphelographical study, the local Cesanese clone indicates a pre-Roman origin, adding weight to the already mythical vines amongst which we walk. The Roman’s site selection of this bountiful zone could be attributed to the specific soil composition that Mauro describes for us: 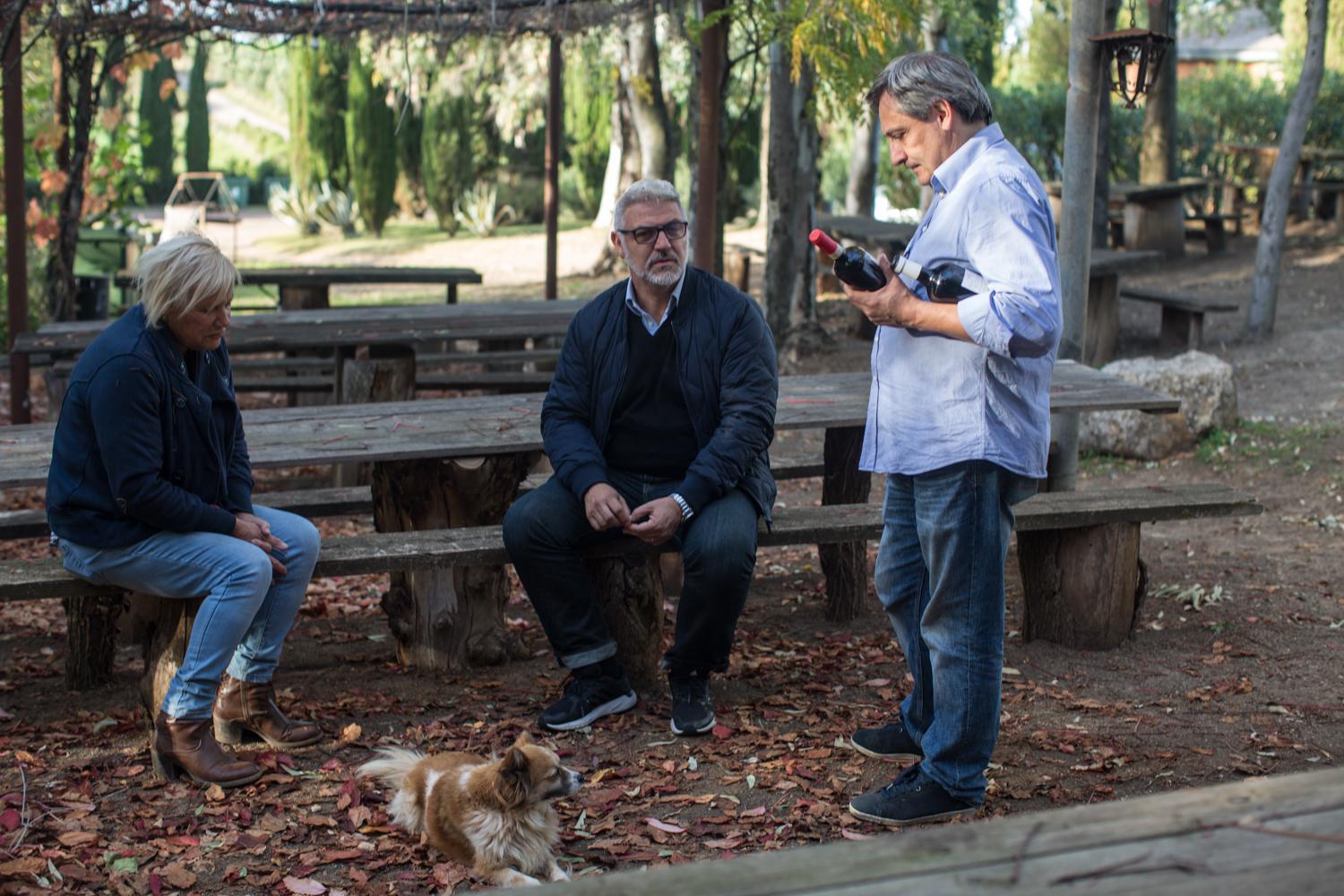 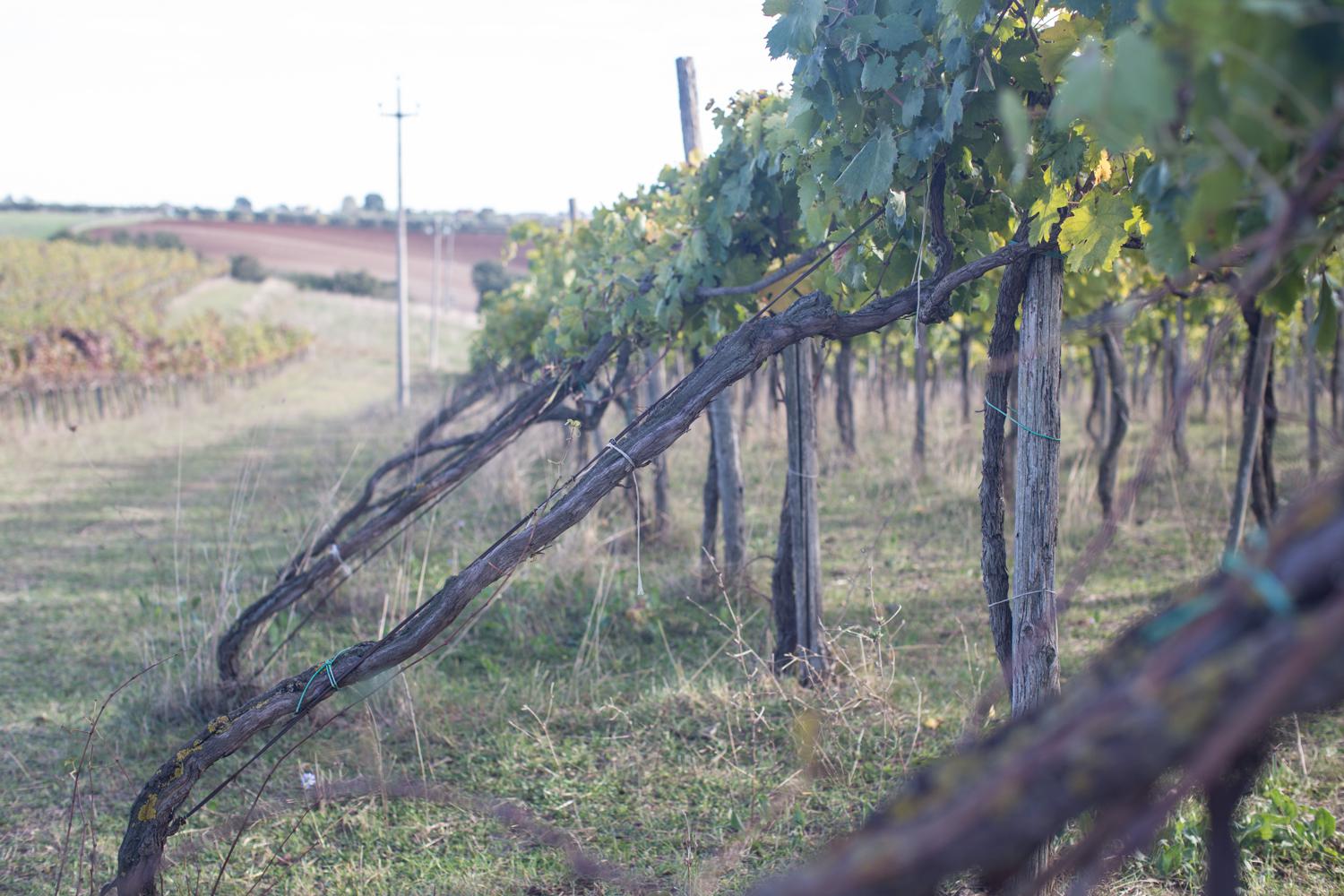 “The Colli Albani are, in reality, the remains of an extinct volcano, so we have layers and layers of volcanic ash mixed with small rocks. It is really mineral rich, even after thousands of years of winemaking.”

It is evident, as we walk through the recently harvested Cesanese vineyard, that minerals are in no short supply. The grass grows thick, interspersed with longer rushes and delicate periwinkle flowers, and the sheer diversity of flora in the hedgerows is testament to the land’s fertile tendency. The Cesanese vines are trained high, creating a leafy canopy overhead. 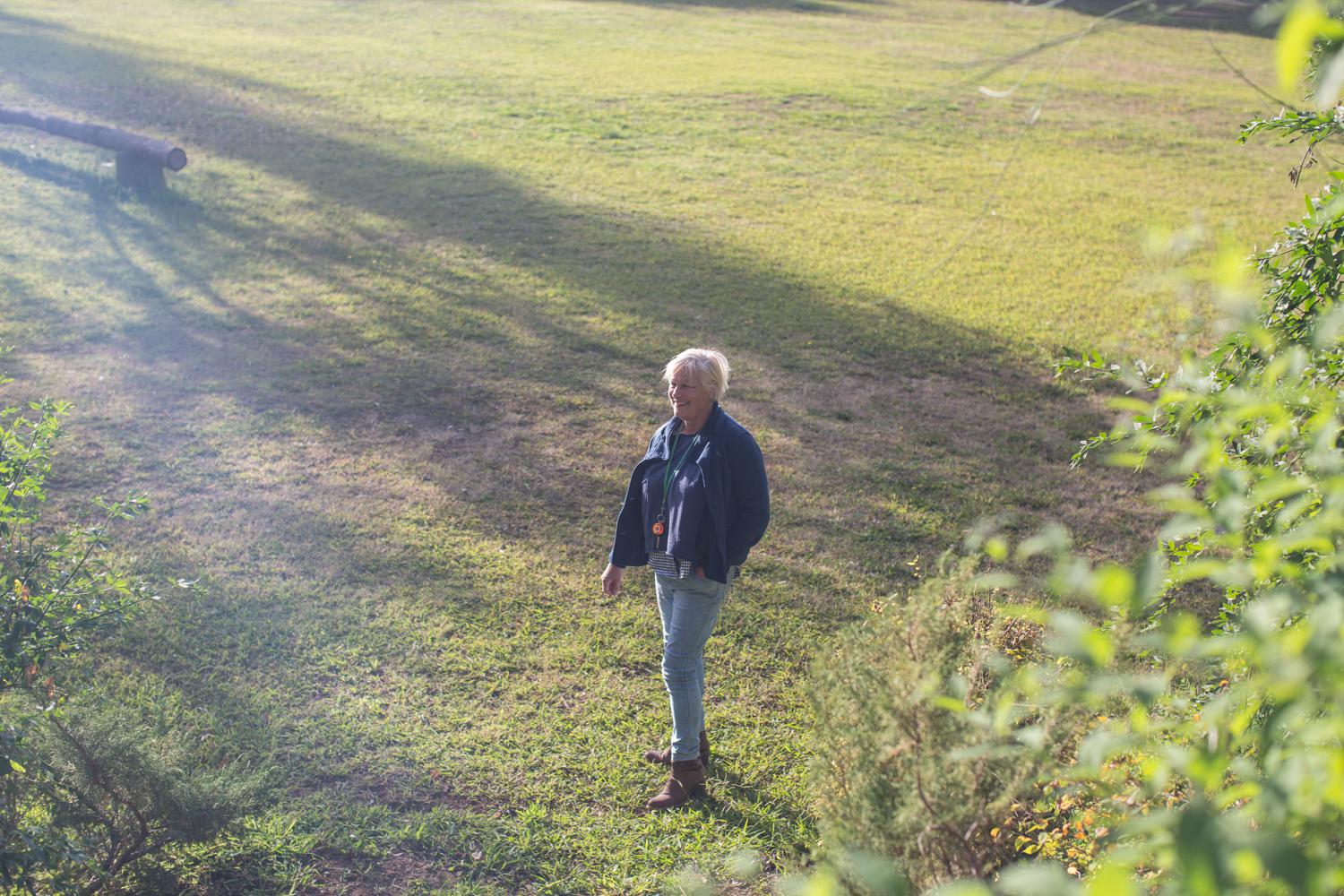 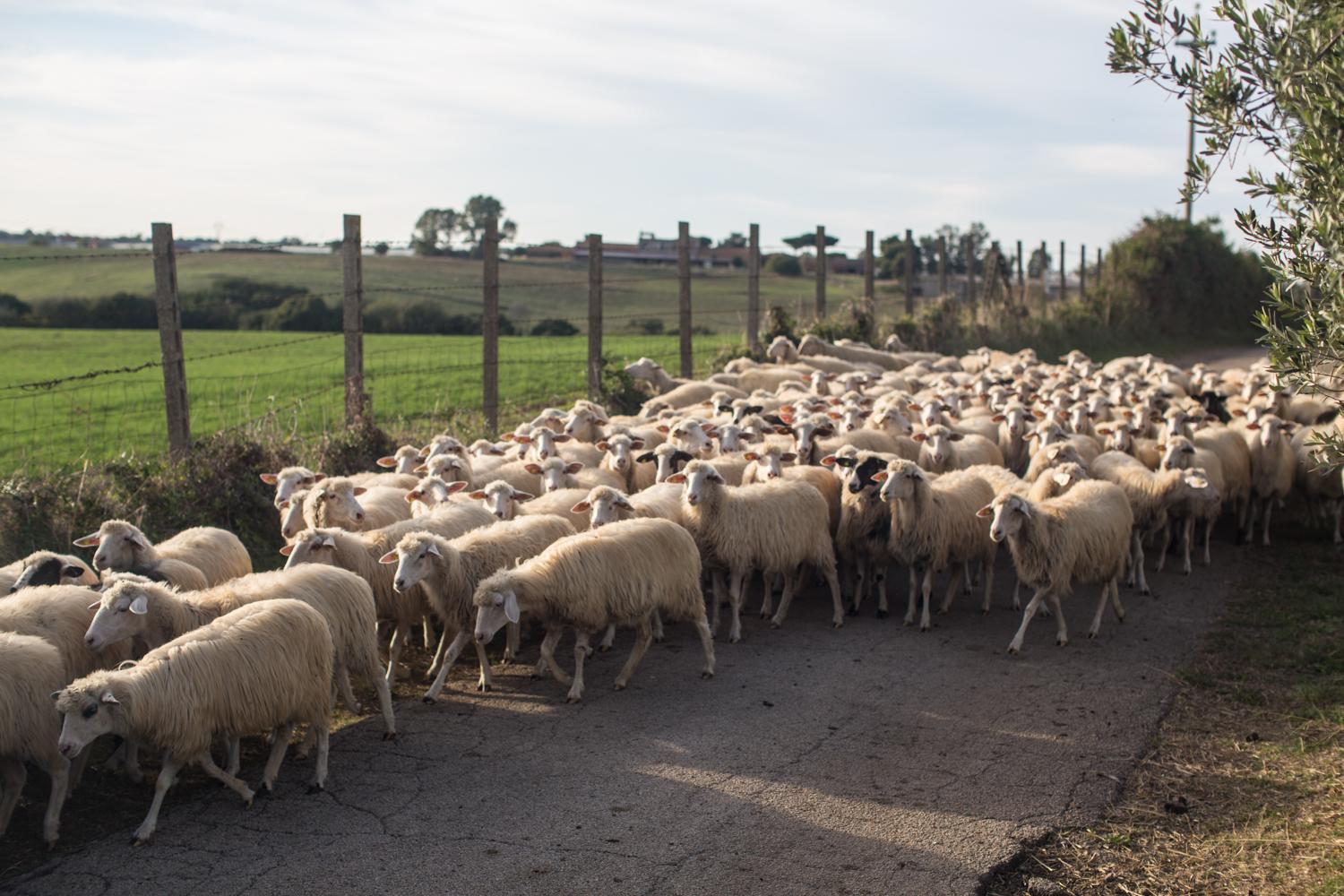 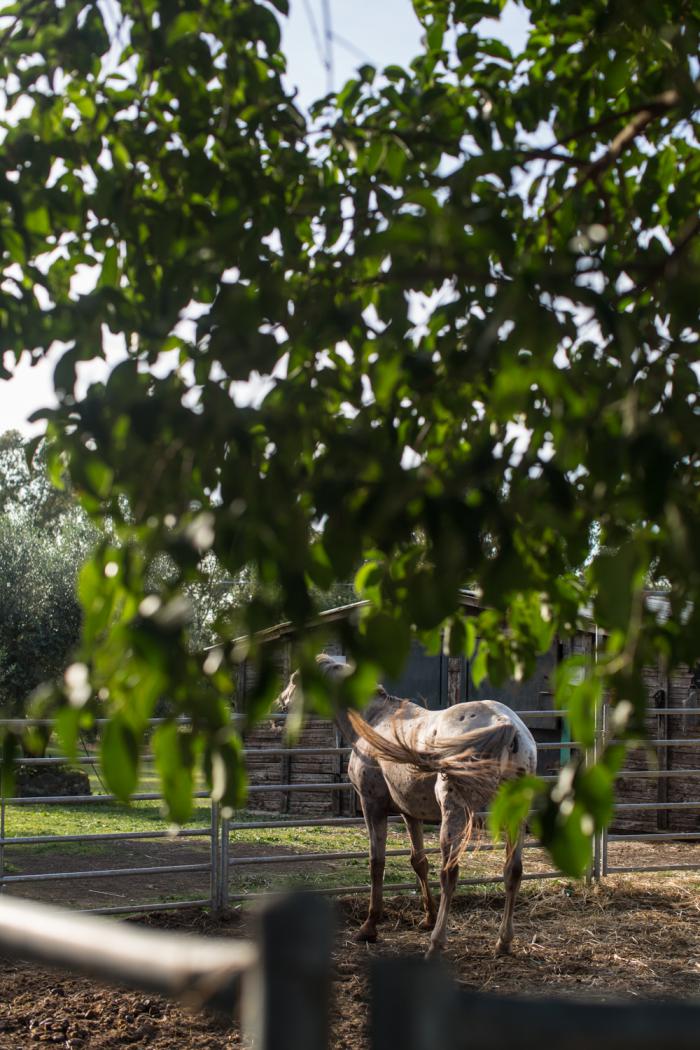 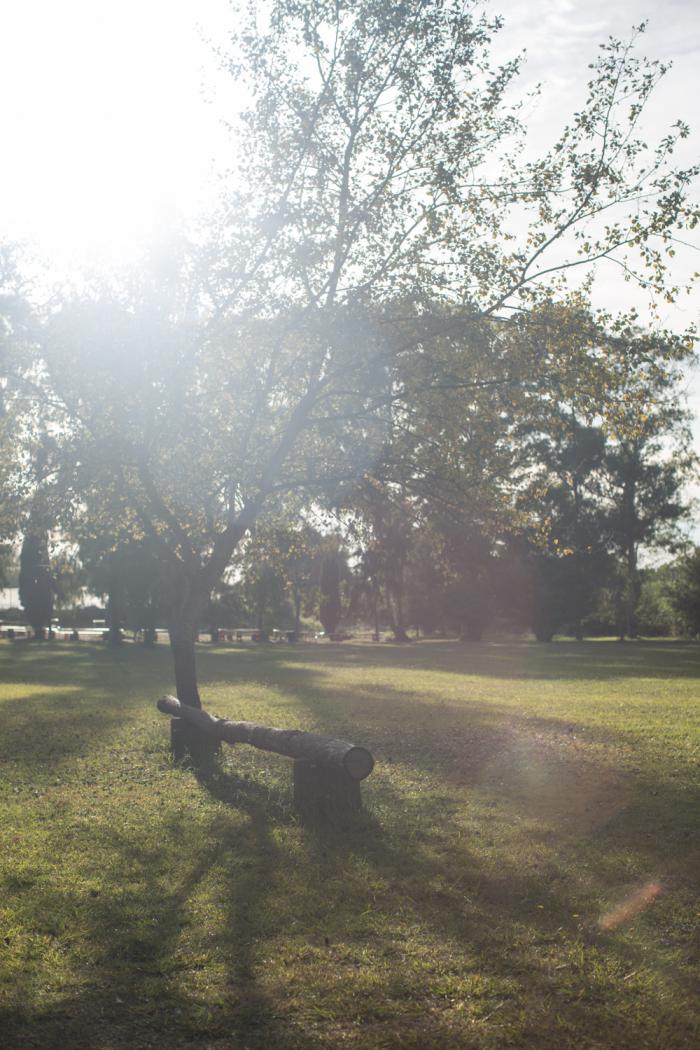 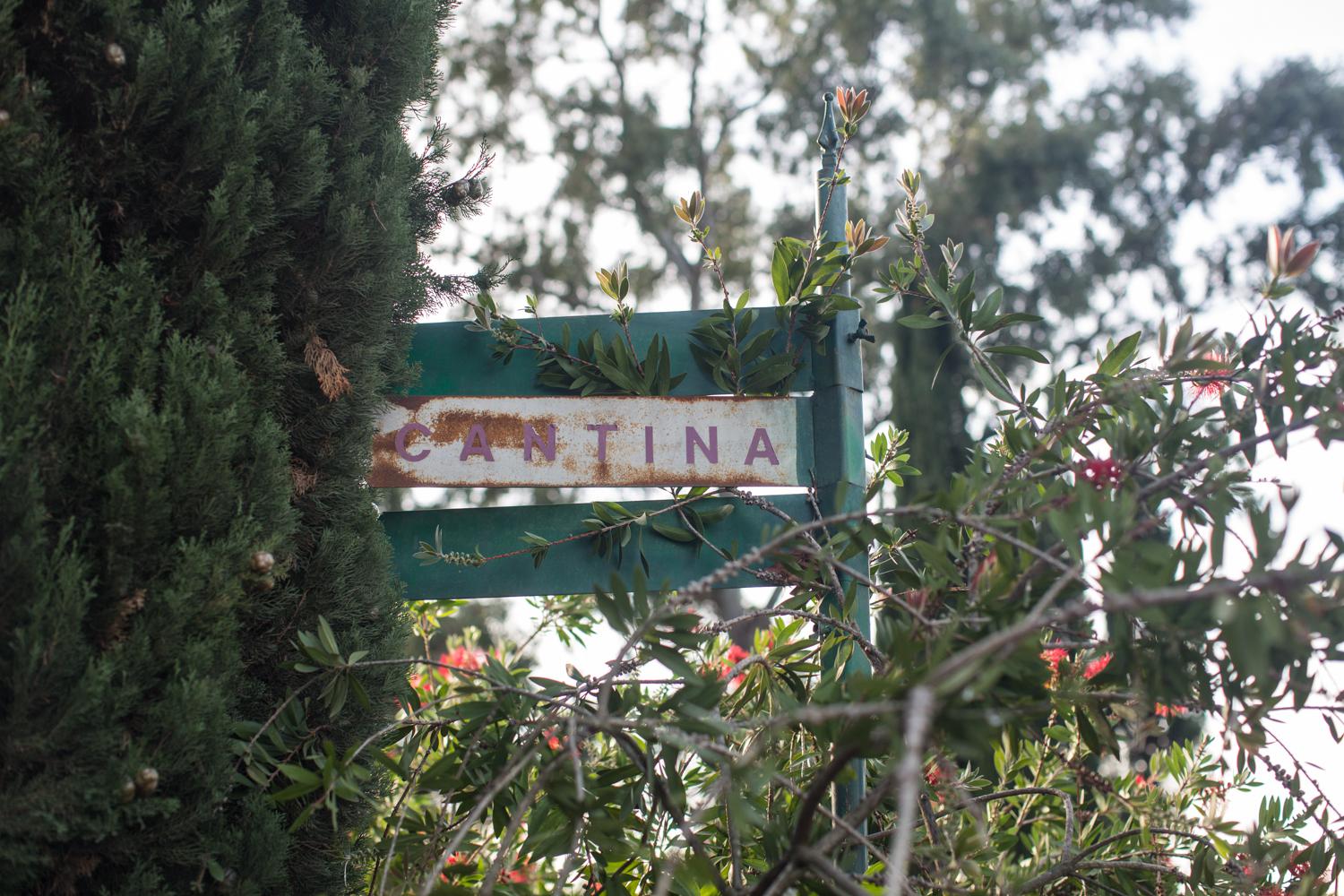 “This is one of Italy’s latest ripening grapes.” explains Mauro, “We create a canopy above to protect the grapes from sunburn in our long summer, and we train high off the ground so that the grapes are safe from the damper autumn air.” 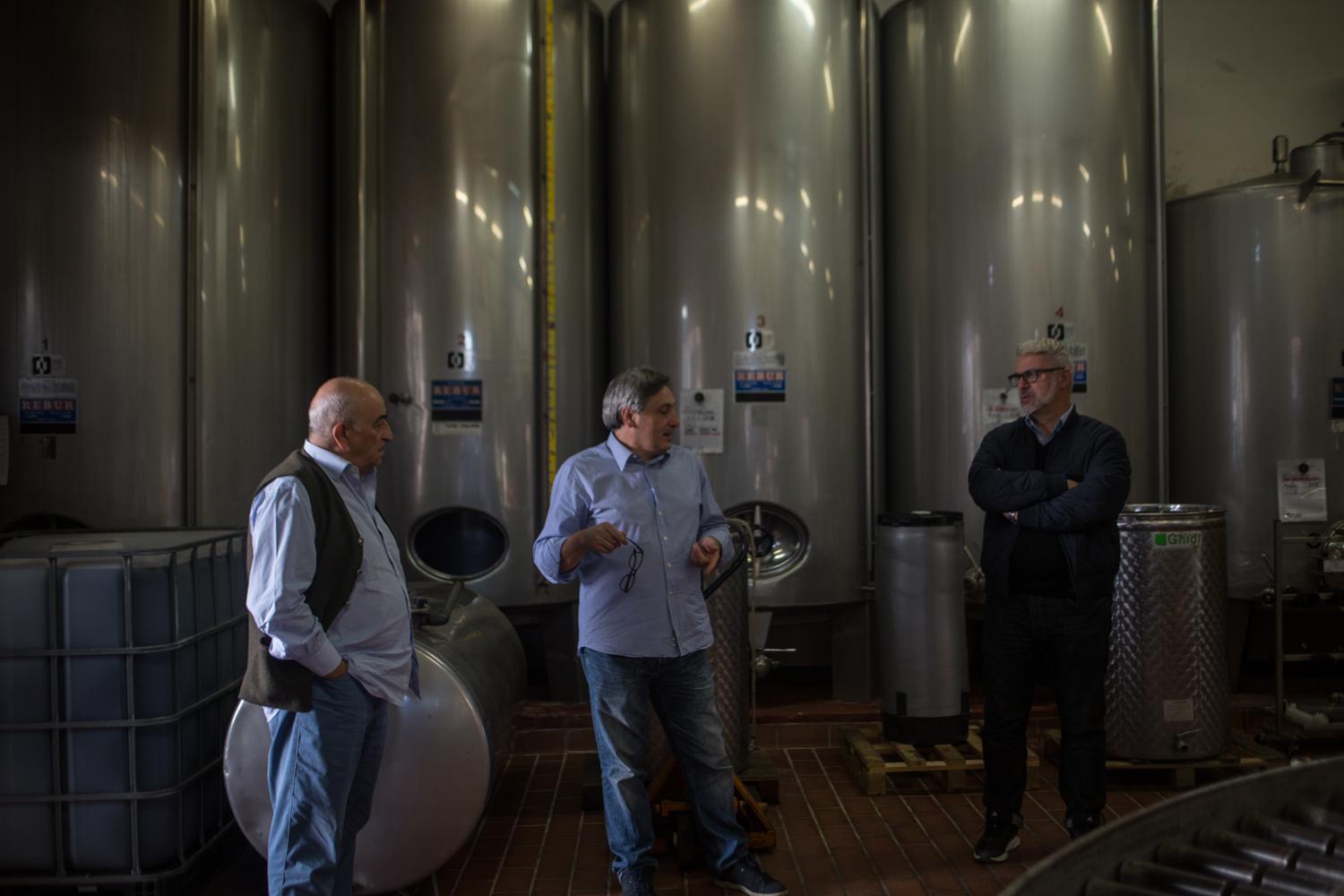 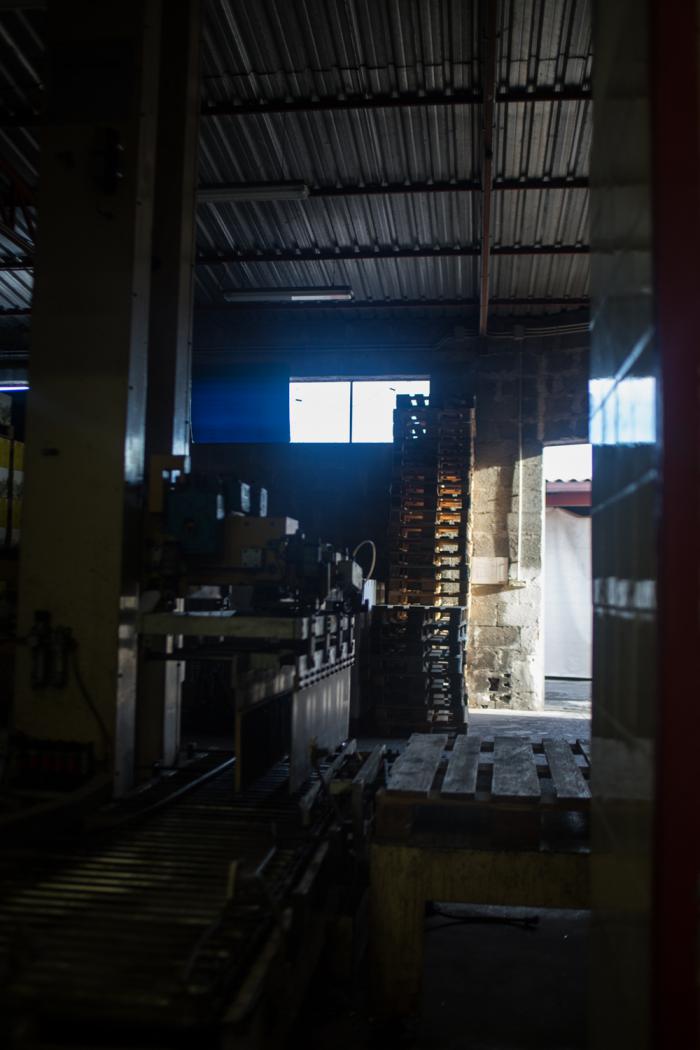 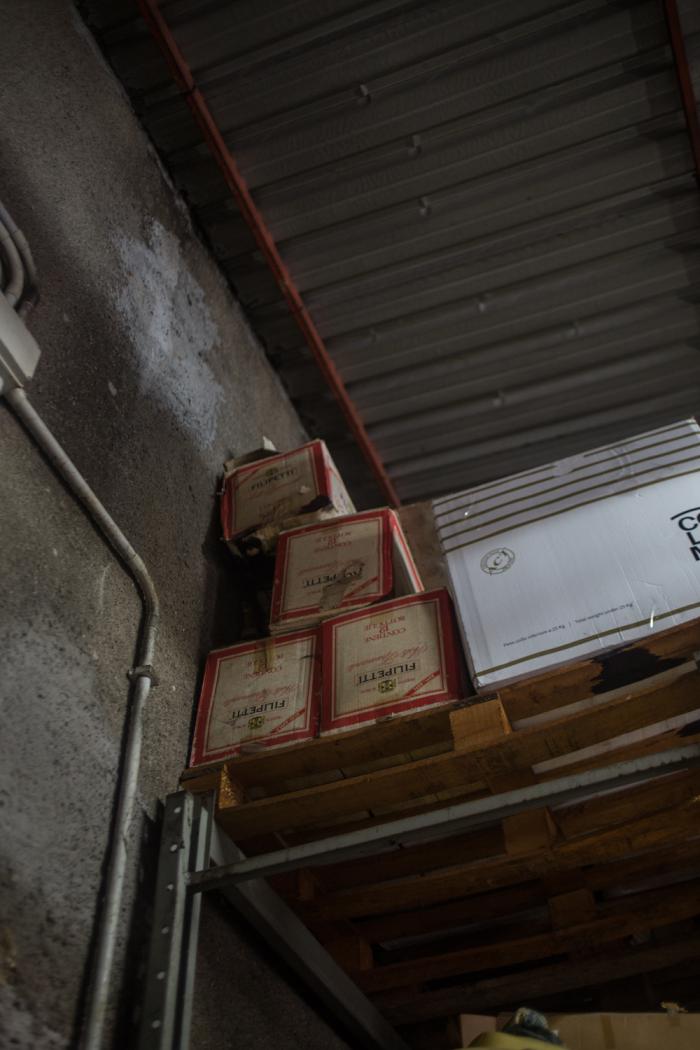 It is this kind of careful consideration and honed skill that has allowed Cantine Volpetti to continue their craft and expand over the past fifty years. Keen to explore the winery further, Mauro leads us down to the deep, cool, stone-walled cellar full of resilient Slavic oak barrels. The air is slightly damp and vaguely musty with the scent of ambient molds that most winemakers yearn to cultivate, the mark of a cellar that has stood the test of time. 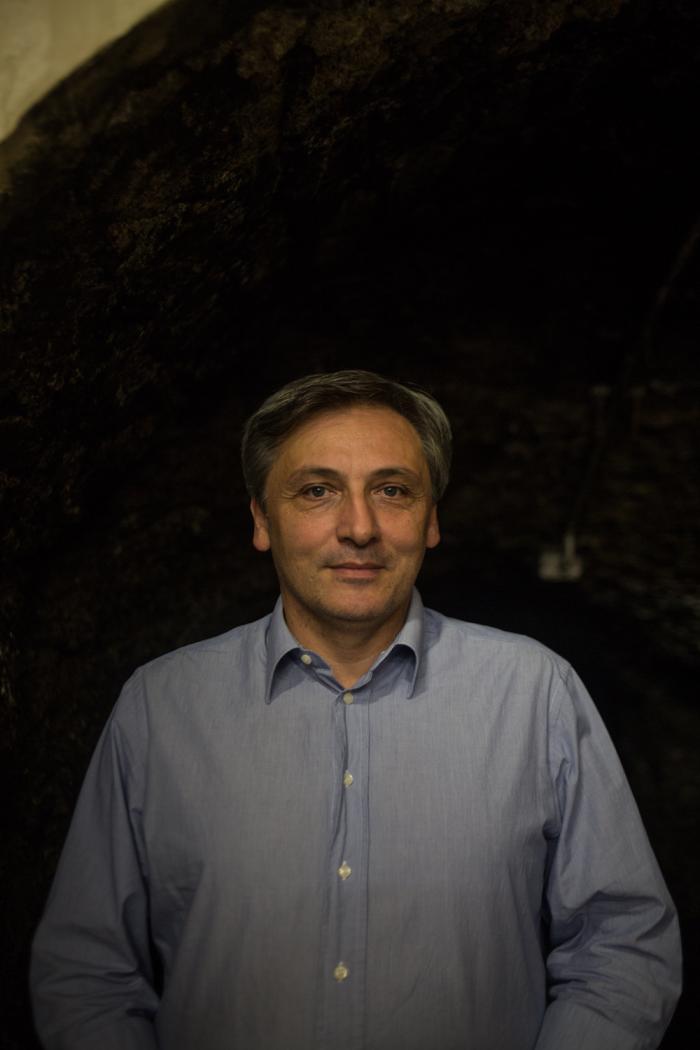 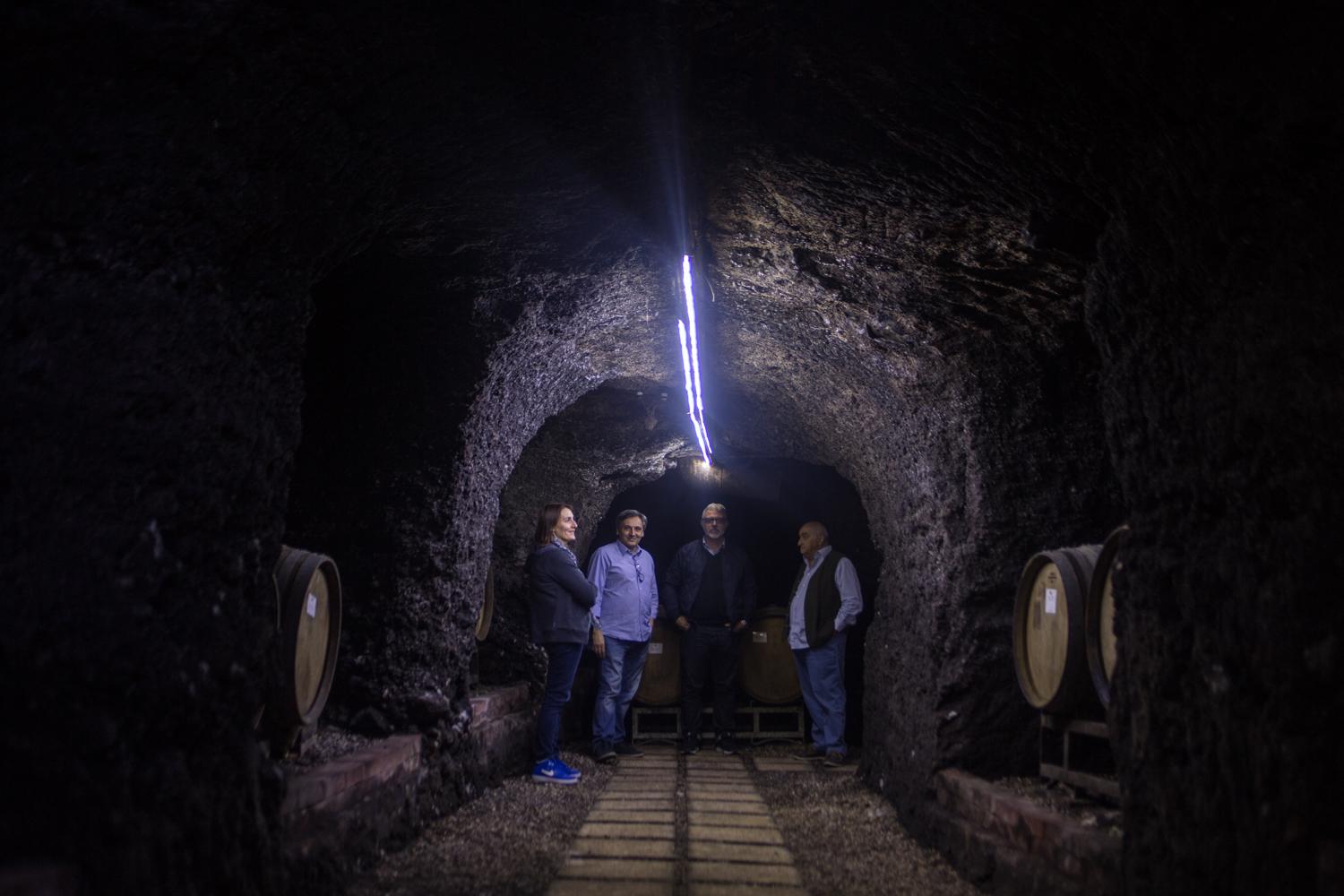 “The naturally complex fruit flavors of Cesanese require a little oak.”, explains Mauro, “We want to soften the tannin a little, and open up the varietal flavor, so a mixture of older and newer large barrels is the perfect technique!”

The moment has come to taste the unique Le Piantate Cesanese IGT and it does not hold back! The garnet glass ripples with the ripe fruit aromas of cranberry, pomegranate and stewed plums. The subtle oak aging pays off, with delicate vanilla imbued through the stewed fruit flavors; earthy overtones of boar, raw game, and a touch of varietal kale-like amaro (bitterness) on the end of the palate, opening its pairing potential exponentially. 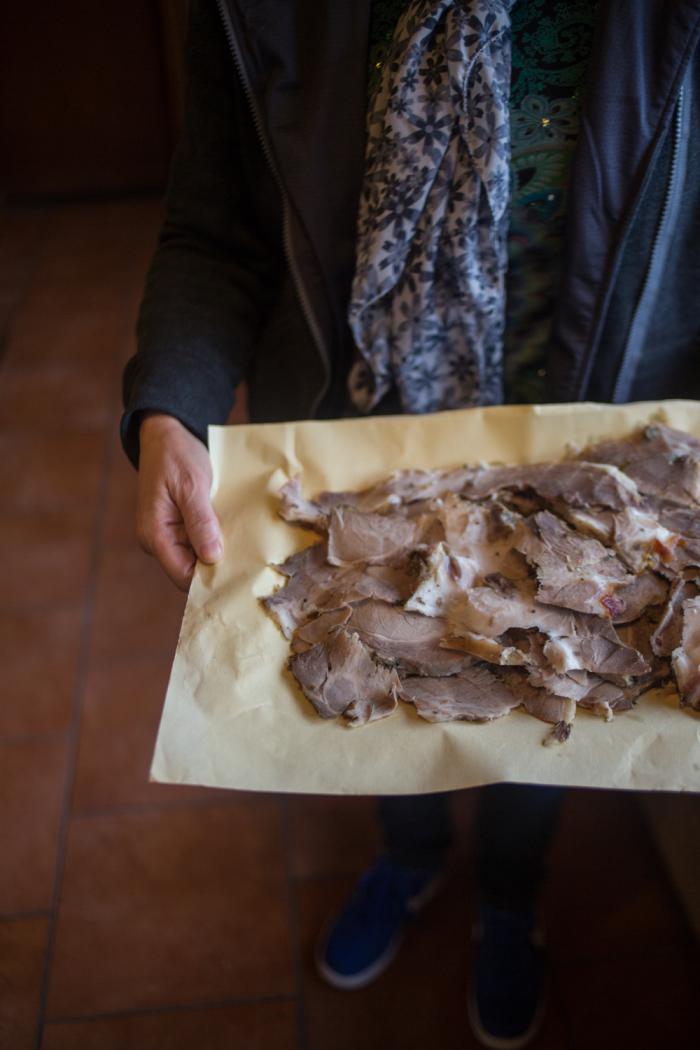 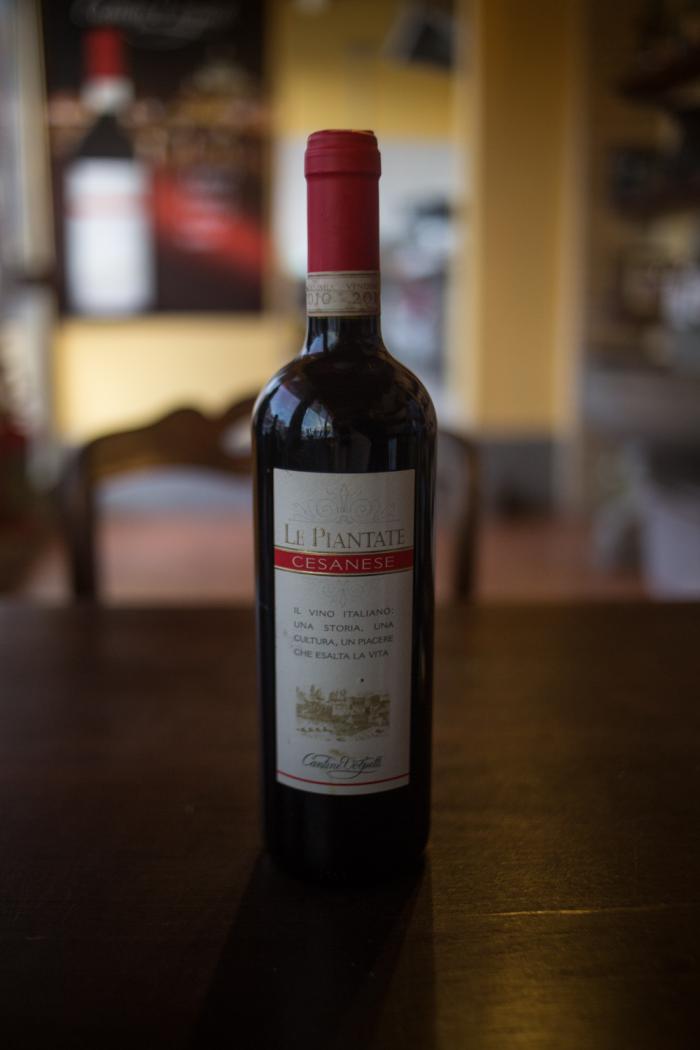 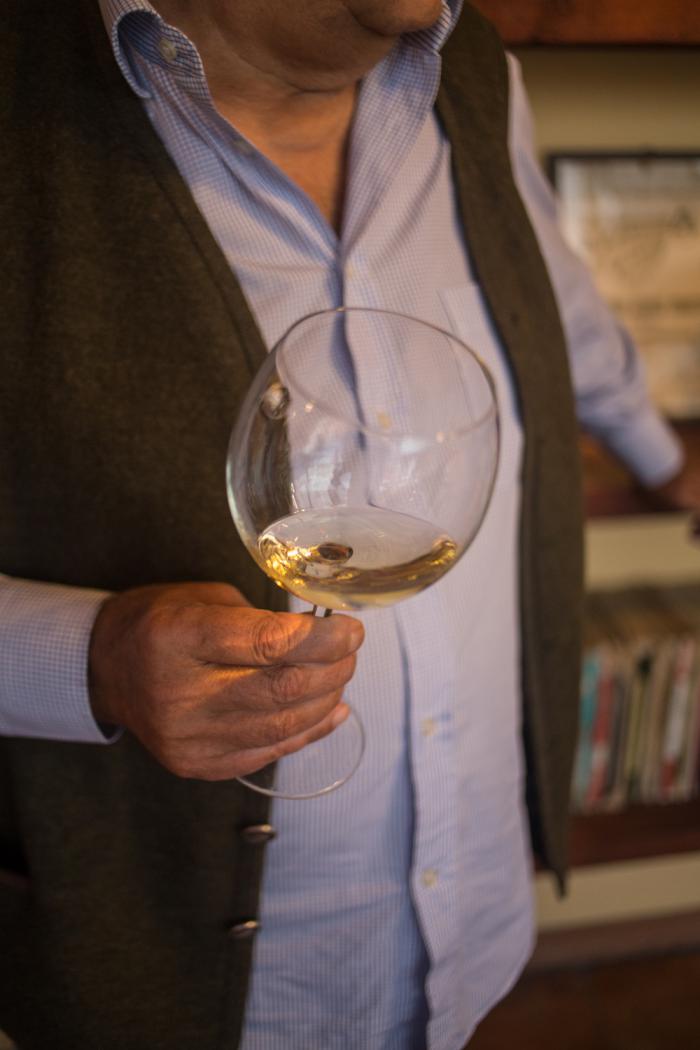 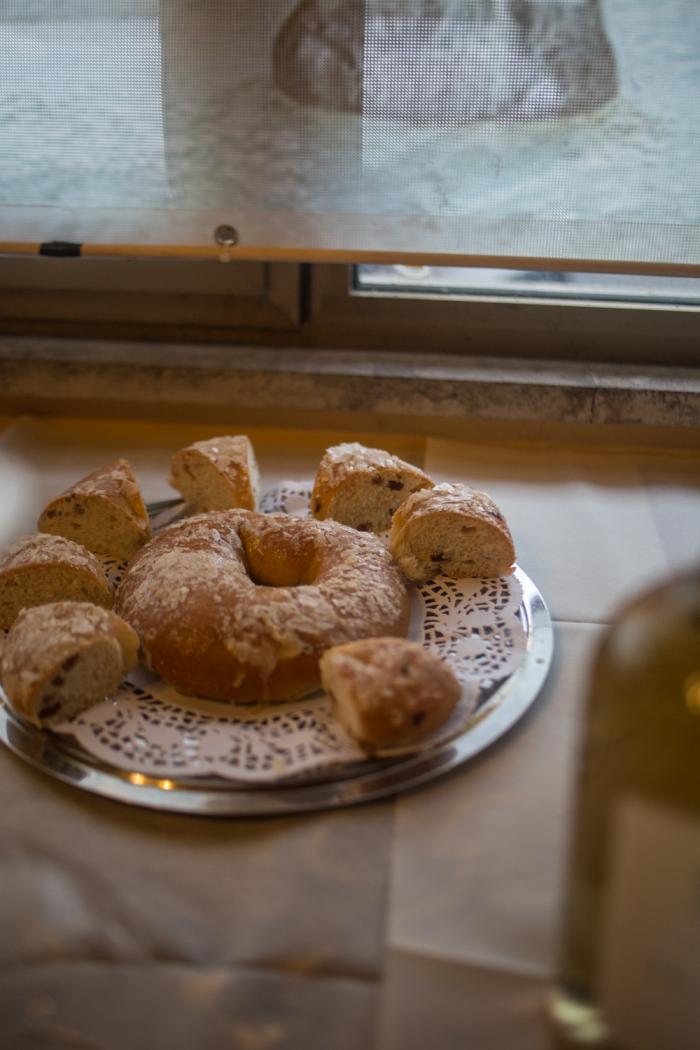 In this lesser known zone, Cantine Volpetti is working tirelessly to produce indigenous varieties in a way that allows their essence to come through. Their patronage of Cesanese elevates the area and brings the story of this historical wine right up to date. What better way to toast than with a glass of Roman red, a nod to the past, and an invitation to the bright future of the wines of the Colli Albani. 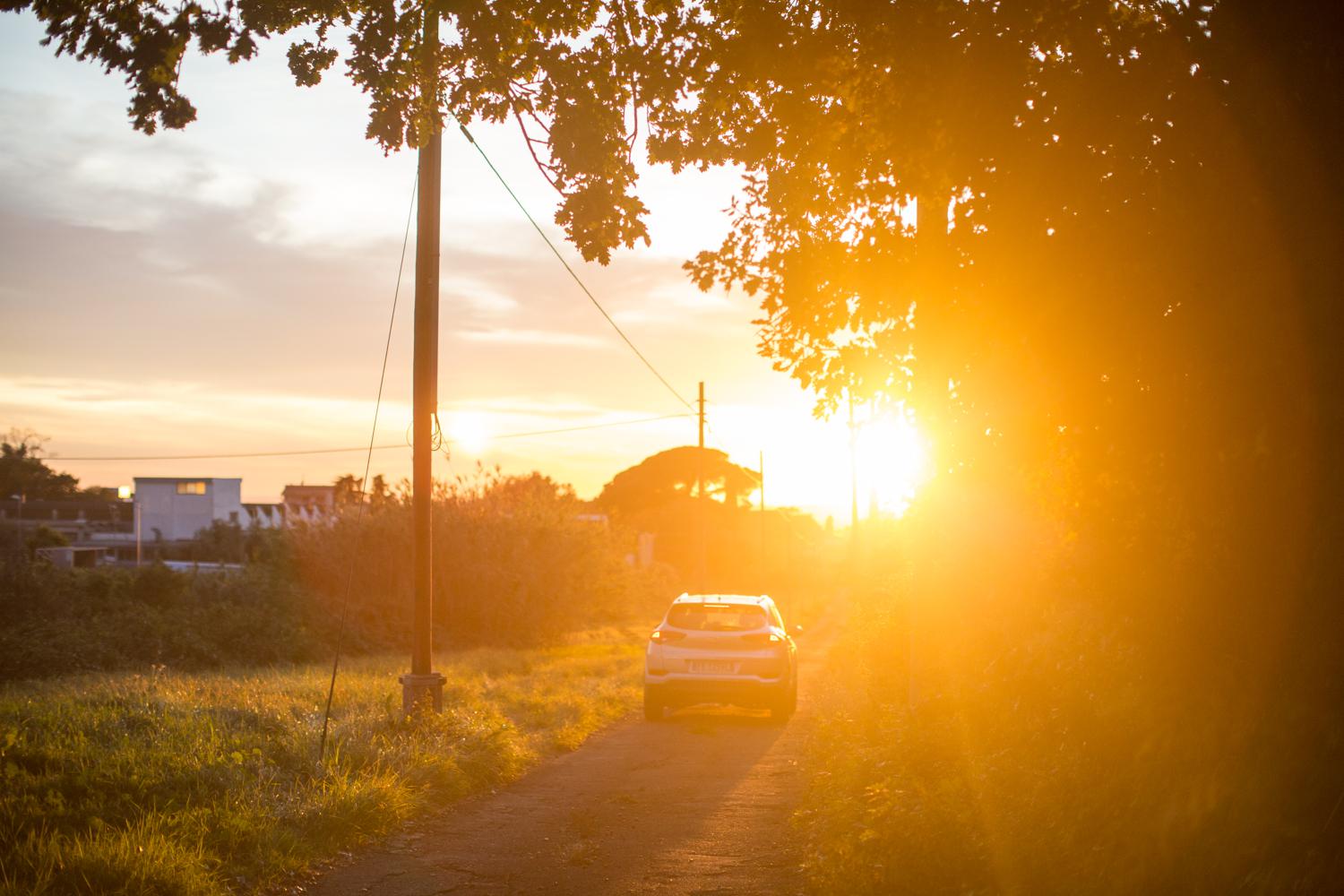 In the early 1970s, Fabrizio Dionisio’s father acquired 7 hectares of land called “Il Castagno” located close to the town of Cortona in the southeastern hills of Tuscany. It is here that Fabrizi...

The Margaritelli family has cultivated this Umbrian land between Perugia and Assisi since 1870, with a focus on its vineyards since 1950. This small organic estate makes one of the oldest Italian appe...